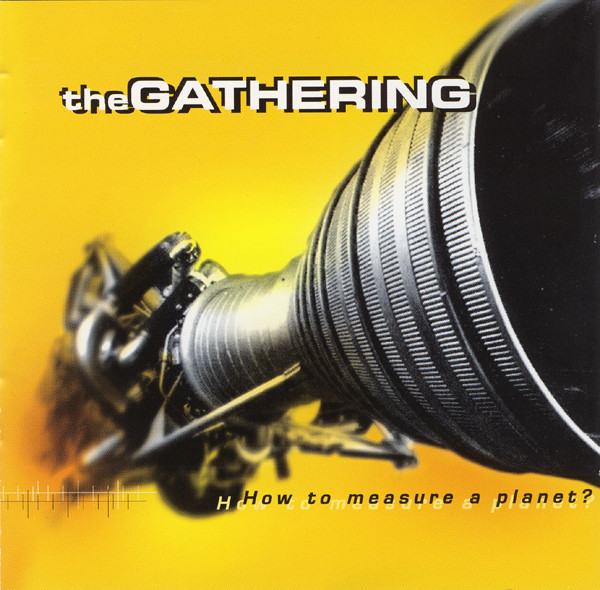 [I'm out of the US for the next week, won't be posting or responding to anything 'til I get back. In the meantime, here's another all-time favorite of mine.]
I've started and erased five different versions of this writeup. The first one was about first hearing The Gathering on a Century Media sampler that also introduced me to Emperor, Eyehategod, Trouble, Samael, and Moonspell; the second was about being temporarily immobilized while listening to How to Measure a Planet? as a severely stoned 17-year-old. Next I tried a different listening story, from a few years ago, when I listened to it while sitting on a log looking out onto Loch Raven reservoir, trying to feel my way through one of the bleakest points of my adult life. Then I tried to incorporate that story into a wider one about how I always feel drawn to How to Measure a Planet? during hard times. Finally, I talked about how The Gathering are clearly a big deal, but I don't know anyone IRL who gives a shit about them, and how I'm not sure if that means that they're big in Europe/elsewhere and not America or if I'm just hanging out with the wrong Americans. And while none of these attempts panned out, the fact that I actually took the time to write/rewrite/delete them -- as opposed to just shitting out a quick description or a tossed-off joke like I normally do -- speaks to how much I fucking love this album.

Track listing:
Disc One
1. Frail (You Might as Well Be Me)
2. Great Ocean Road
3. Rescue Me
4. My Electricity
5. Liberty Bell
6. Red Is a Slow Colour
7. The Big Sleep
8. Marooned
9. Travel
Disc Two
1. South American Ghost Ride
2. Illuminating
3. Locked Away
4. Probably Built in the Fifties
5. How to Measure a Planet?

All I want is to be where you are
Nothing else really sounds like this, but you could also listen to:
Forest of Shadows - Six Waves of Woe (2008)
Sylvaine - Wistful (2016)
Posted by DEAR_SPIRIT at 6:48 AM 7 comments: 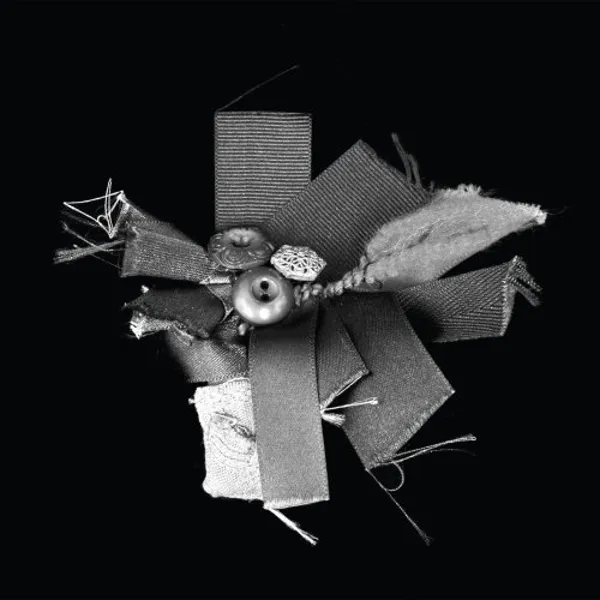 [Pulled the last post for possible NS content. Thanks to commenter Ektah for the info. Probably should have listened to my gut.]
Here's some extremely minimal art punk with politics that I can get behind. It's hard to imagine more simplistic music than this. For instance, musically, most of "Do You Know Your Butcher" consists of a one-note bass riff and a kick drum, broken up here and there by a choked cymbal hit or a three-note guitar melody. From the accents to their spoken/shouted deliver to their political bent to the male-female dynamic, the vocals have always reminded me of early peace punk. It's a personal all-timer, but some might call it "annoying." I had just moved in with new roommates shortly after this came out, and I was listening to this record really loud, and just as "Crash, Crash, Crash" started, I heard my friend/roommate across the hall angrily yelling, "What the FUCK are you listening to?"
Track listing:
1. Black Bunker
2. Do You Know Your Butcher
3. Worker
4. Don't Talk to Strangers
5. Hamworthy Sports and Leisure Center
6. You Are the Space Invader
7. Eat, Sleep
8. I Do Not Like Change
9. Lawyers Water Jug
10. Realer, Pretender
11. No Books
12. Up! Up! Up!
13. Crackerjack Docker
14. See M Dahlia
15. Crash, Crash, Crash
16. Space in Your Garden
I do not like touch
You, you talk to much
You might also like:
Poison Girls - Hex (1979)
Holy Toy - Panzer and Rabbits (1984)
Posted by DEAR_SPIRIT at 11:45 AM 11 comments: 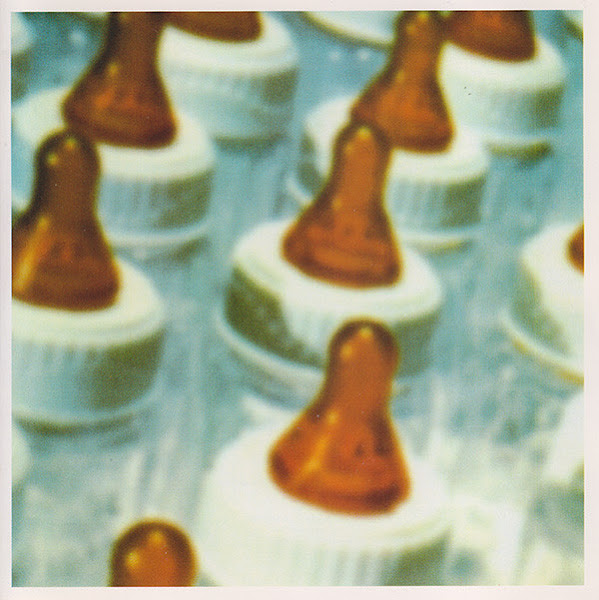 Previously on OPIUM HUM:
Frazier Chorus - Sue (1989)
Third and final album from the quietly brilliant Frazier Chorus. On Wide Awake, they embraced a smooth, R&B-ish, 90s production style, with palm muted guitars, downtempo beats, muted horn lines, and other stuff that might make for good make-out music if you don't listen to the lyrics.
Track listing:
1. Wide Awake
2. If the Weather Was Up to Me
3. Bye-Bye Little Bird
4. Here We Are
5. Take Us Away
6. Driving
7. Lie, Mimic and Mime
8. Sound Asleep
How did I read the stars so wrong?
If you like this, listen to:
Nona Hendryx - SkinDiver (1989)
Ega and Alice - 24 Years of Hunger (1991)
Posted by DEAR_SPIRIT at 11:27 AM 3 comments: 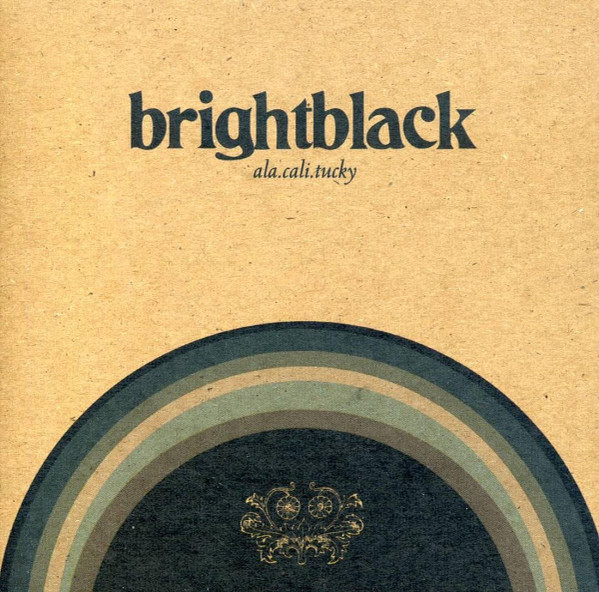 Previously on OPIUM HUM:
Brightblack Morning Light - Motion to Rejoin (2008)
Languid, smoked-out country rock that's as fitting for late nights as it is for Sunday morning comedowns. Country slowcore, if you will. If you're familiar with the two records they put out after adding "Morning Light" to the end of their name: it's kinda like that, except with more acoustic slide guitar, pedal steel, and two Oldham brothers (yes, one of them's Will) in tow.
Track listing:
1. New Mexico
2. True Bright Blossom
3. Own Time
4. Better Days
5. Old Letters
6. Wildshiney Stars
7. Red
8. Ocean Blue
The silver rain down
If you like this, listen to:
Mojave 3 - Ask Me Tomorrow (1995)
MV & EE - Liberty Rose (2010)
Posted by DEAR_SPIRIT at 6:58 AM 11 comments: Time for another installment of "Great New Black Metal Records That Are 'Name Your Price' on Bandcamp". This time, we're going to Greece, where an anonymous group of "individuals willing to express themselves through the black metal music genre" have made one hell of a debut. The perfect mix of raw, almost punk-ish aggression and artful dissonance. There's a sort-of manifesto on their bandcamp in which the band takes a number of stances that I love -- they're anti-NS, anti-centrist, and pro-D.I.Y -- and that's pretty hard to come by in the world of black metal, so fuck yeah, full support.
Track listing:
1. Πτώση (The Fall)
2. Νεκροπόλεις (Necropoleis)
3. Βωμός Μιας Αλήθειας (Altar of a Truth)
4. Το Νήμα Της Τρέλας (The Thread of Madness)
5. Νόμος Είναι Ο Θάνατος (Death Is the Law)
6. Χρησμός (Oracle)
7. Απαρχή (Commencement)
A knife with a bright shimmer that distorts
More fresh new black metal:
Festung - Der Turm (2022)
Kluizenaer - Ein Abbild Der Leere (2022)
Posted by DEAR_SPIRIT at 8:09 AM 10 comments: 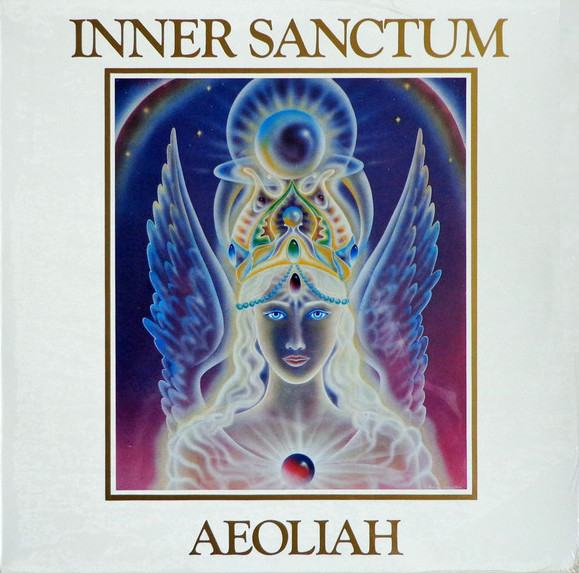 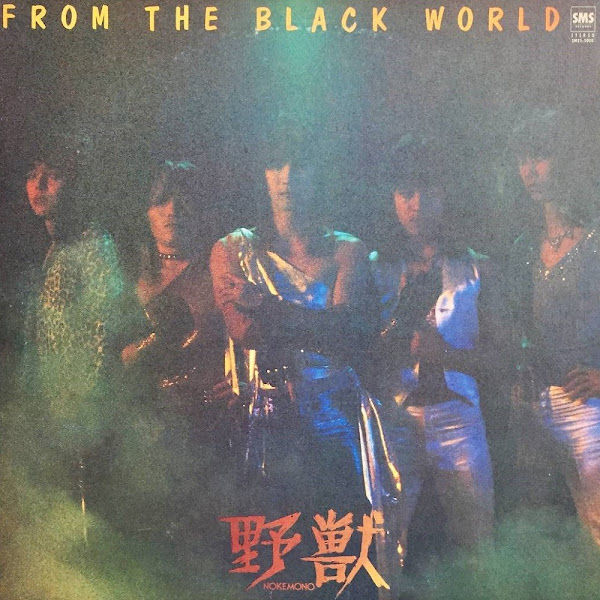 Old-school Japanese heavy metal with 70s hard rock leanings. From the Black World is the only album this band ever made, and it's a crying goddamn shame 'cause they fully delivered the goods.
Track listing:
1. Run Away
2. Terrible Night
3. 閉ざされた街
4. 失われた愛
5. Big Wednesday
6. From the Black World
7. Back Street
8. 灰に消えた過去
9. 蟻地獄
10. Run Away (Part II)
We're heading your way like dynamite
Also listen to:
Chateaux - Chained and Desperate (1983)
Blaspheme - Désire de Vampyr (1985)
Posted by DEAR_SPIRIT at 9:34 AM 2 comments: 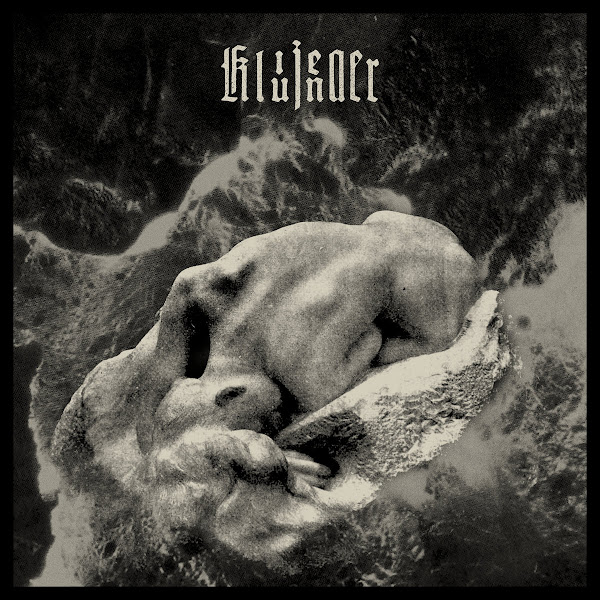