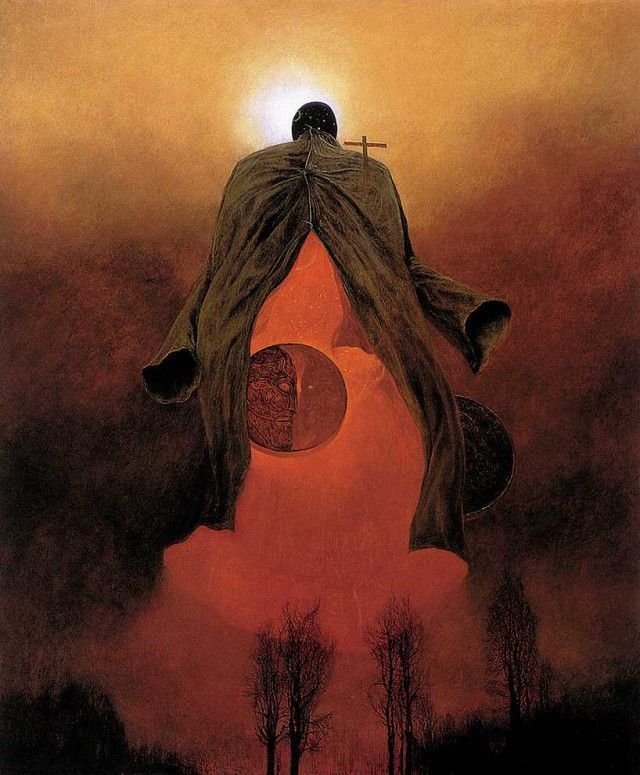 Bet y'all thought I wasn't gonna make one of these this year, huh? I ended up starting it just last week but quickly gave up, because honestly, these lists are a pain in the ass to put together and ultimately hardly anyone gives a shit. Also, whenever I look at my lists from past years, they look all fucked up and wrong. Take last year's, for example. Why in the fuck is Spectral Wound all the way down at #35? That's EASILY a top 10 pick. Meanwhile, Cultes des Ghoules is sitting pretty at #3, and I haven't listened to that record once all year.

All that said, though, I have all day to do nothing before this absolute hangover shit of a decade is flushed into the void, so let's finish this. I'm really trying to get this one right, and I'm doing so by narrowing my focus, and basing my ranking solely on how much I've listened to and enjoyed these records, as opposed to some kind of objective view regarding quality or value, because there is no such thing. That oughta help this list echo into the halls of eternity.

As always , find download links somewhere else, I'm not trying to get deleted quite yet. 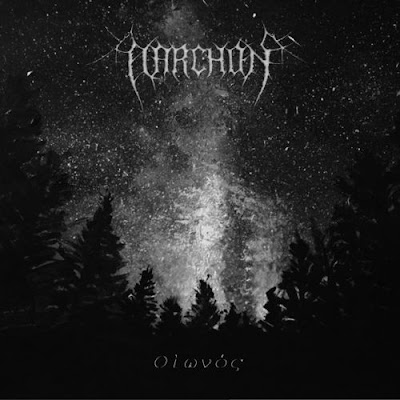 Darchon shifts their focus from the stygian black beyond to more earthly concerns, landing on some killer Paysage d'Hiver worship.

Previously:
Darchon - The Stygian Black Beyond (2015) 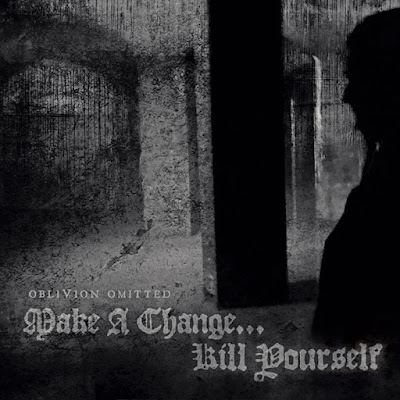 I've always enjoyed this project most when he's embracing the hypnotic, droning impact of his endless, minimal riffing. So, in my book, this is one of the best albums ol' Ynleborgaz has released under this moniker. 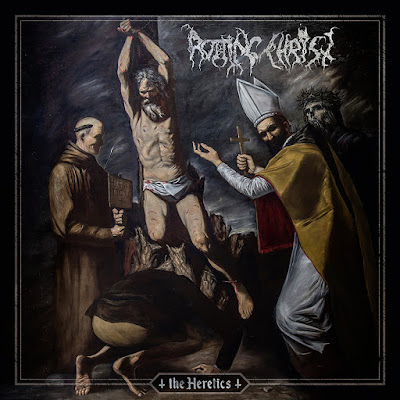 Fuckin' phenomenal production on this one, y'all. Must be nice to have a budget. Sounds more like a studio project than a band, really, but that's probably for the better, as this is the most inspired they've sounded since the 90s. 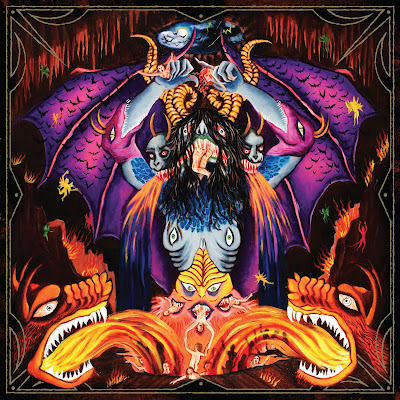 Devil Master aren't the only band combining deathrock and black metal, but their extremely dialed-in, spot-on 80s sound -- as well as an openness to camp -- place them at the head of the pack. 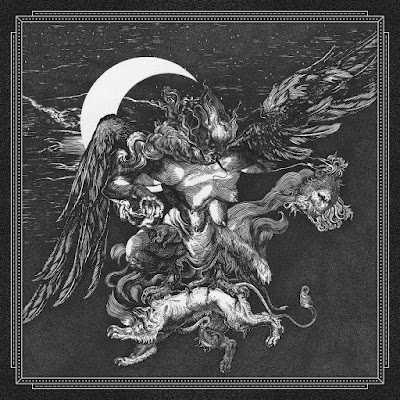 Pissed-off black metal mastery. Rips as hard as anything they've done before, but with a heightened sense of composition and melody. Honestly, should probably be higher on the list but it's too late now. 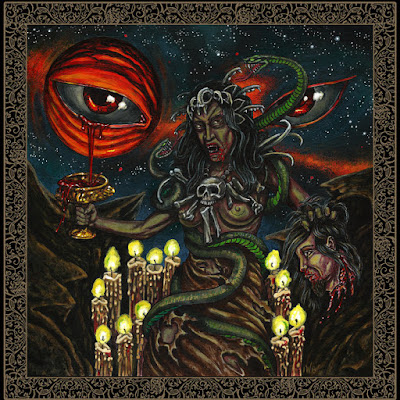 15.
Akasha
Canticles of the Sepulchral Deity

Definitely didn't expect Akasha to make the jump from raw vampiric black metal outfit to head-banging riff factory, but here we are. 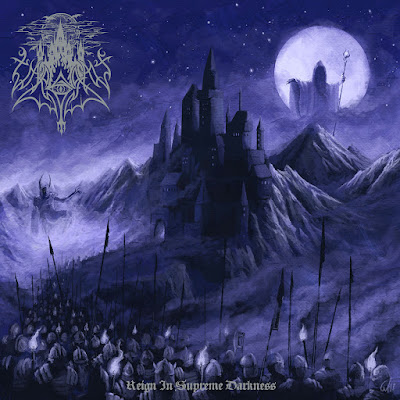 Vargrav was valedictorian of their class at the In the Nightside Eclipse school of black metal, after which they went on to become a tenured professor, as well as a leading expert in the field of "Black Metal That People Refer to as Symphonic Black Metal But It's Really Just Traditional Second-Wave Black Metal with Keyboards." 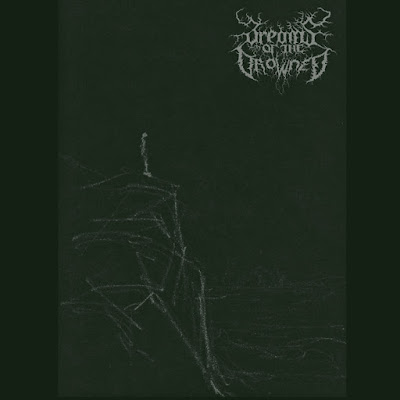 Lysergic weirdo French stuff from the guy who gave us Smohalla. 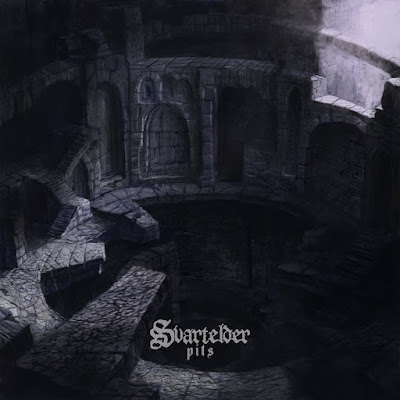 Norwegians can get psychedelic, too. Love dem synths. 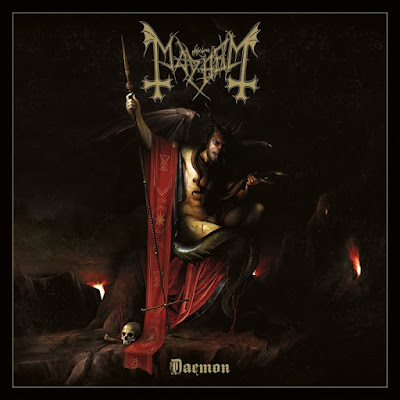 The follow-up to De Mysteriis Dom Sathanas that never was. A major return-to-form after two (slightly) less interesting albums. 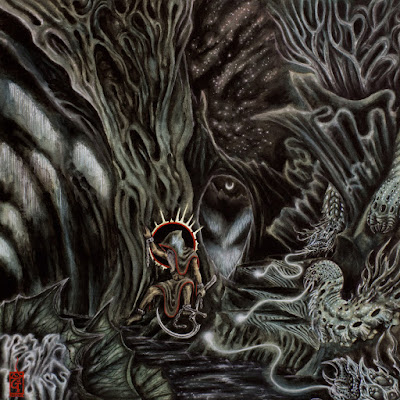 Beautiful, richly layered, widescreen atmospheric black metal by one of the all-time greats of the subgenre. The fact alone that the opening theme sounds like one of the songs from Big Trouble in Little China is enough to put this record in my top 10. 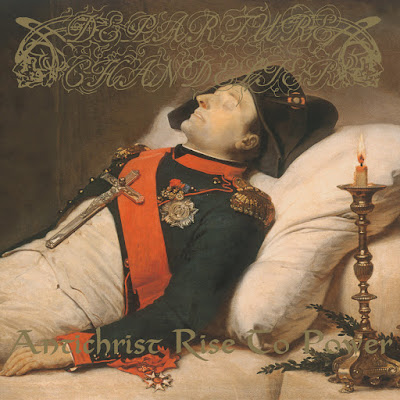 Old-school French black metal worship from members of Ash Pool and Akitsa. Generated enough hype to lead to a backlash from cranky dorks, but don't believe the anti-hype, this record's tight af. 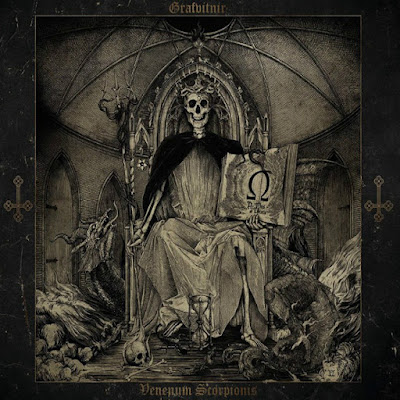 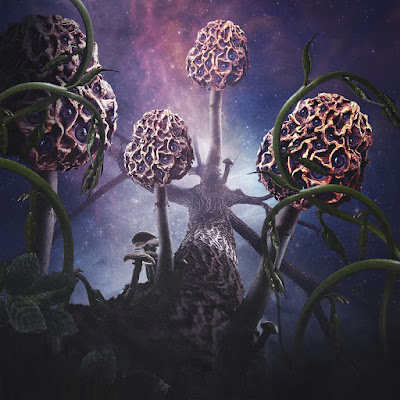 Finally the two Blut Aus Nords -- the industrial one and the melodic one -- made a record together. It's a thing of strange, uneasy beauty, and easily some of their best work to date. 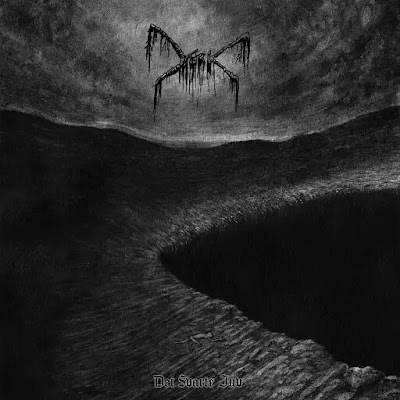 Phenomenal riffing. Just pure, dark, epic black metal. I must have listened to this thing like 25 fucking times. 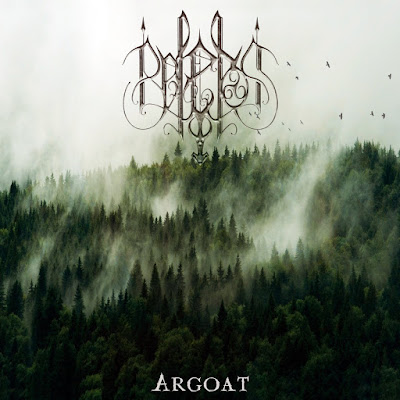 This dude couldn't stop making masterpieces if he tried. 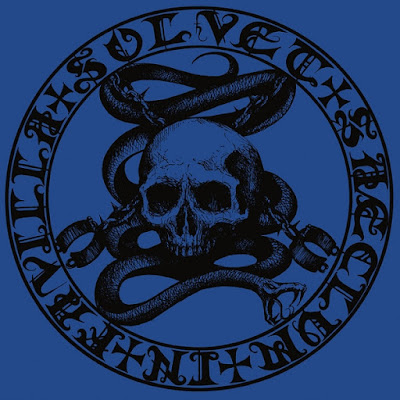 Heavy, weirdly groove-y, French-y. Is this list over yet? 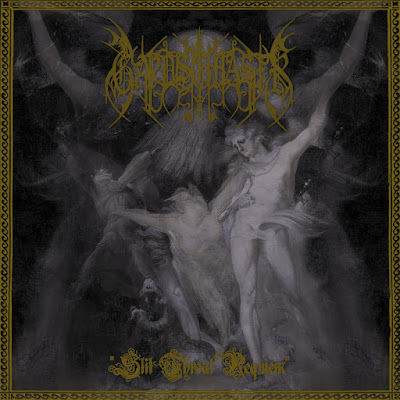 Gee I sure am surprised that this collaboration between members of Chaos Moon and Bekëth Nexëhmü turned out so great. 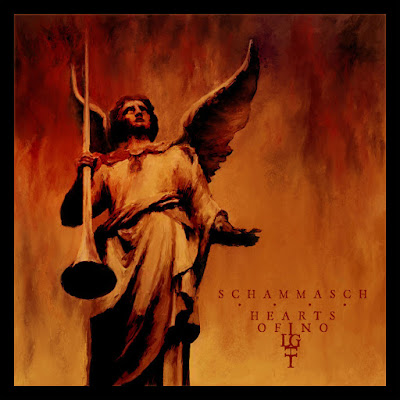 2.
Schammasch
Hearts of No Light

Despite the band's best efforts to throw us off the scent with that experimental EP they put out in 2017, Hearts of No Light was destined to be overshadowed by its incredible predecessor, which placed at #1 on my list back in 2016. However, there's really been no decline in quality, just in scope, as Schammasch continue to craft some of the best black metal of our time. 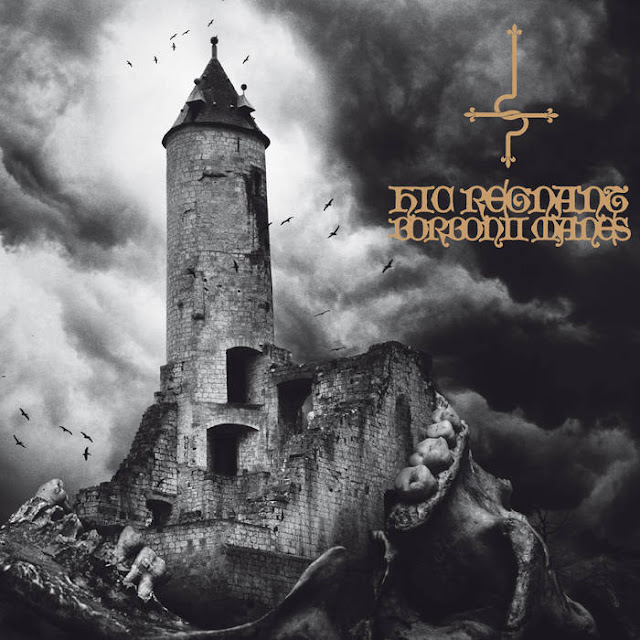 Usually I reserve the top spot for an album that I feel is really pushing the genre forward, but to return to a metaphor I've used many times before, you really can't beat a perfectly cooked steak, you know? Utterly relentless, uncompromising, and passionate, with a haunting sense of melancholy drifting in the peripherals at all times. I can already hear angry nerds telling me how wrong I am about this one. Happy New Year, you fucking ding-dongs! 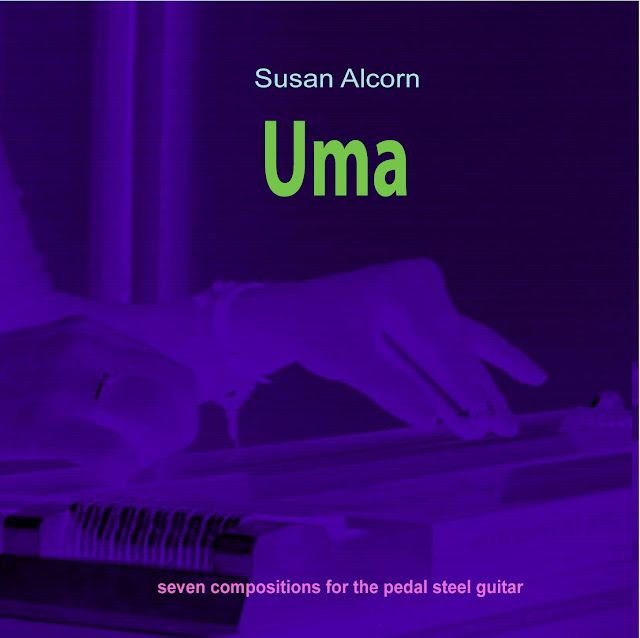 I'm back from Baltimore (where Susan Alcorn apparently now lives) so here's an album of contemplative, melancholic, experimental pieces for pedal steel -- along with some minimal accompaniment -- that I've been meaning to post for years. Everything I've ever heard by Alcorn has been phenomenal, including the two collaborative albums she released this year. 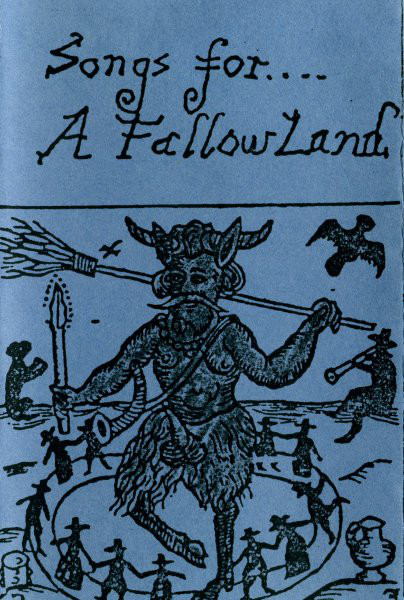 First solo album from lo-fi pioneer Martin Newell, who you nerds might know as the guy from Cleaners from Venus, or the Andy Partridge-produced The Greatest Living Englishman. A psychedelic, waterlogged world of jangly guitars, echoing vocals, and muffled drum machine.

It was just one day
And it came to an end 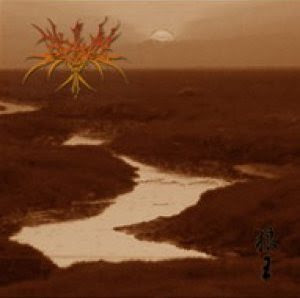 Chinese solo black metal. Quite a fully realized vision, thoughtful compositions, and punchy production for a demo. And you get two mid-paced, keyboard-led passages straight out of the Summoning playbook.

I can feel the evil spirits whispering my name