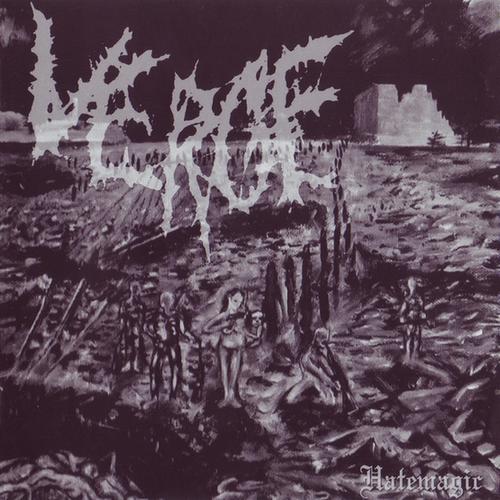 Finnish black metal. Epic and genuinely eerie, in a way that makes me pretty sure that these dudes are drugs enthusiasts -- most likely hallucinogens.

Track listing:
1. The God Hates Himself More Than We All of Us Together Ever Could, But What Could Kill Him?
2. Anorexia Nervosa
3. Assimilation
4. The Bloody Fist of Soul's Death
5. Demonosophy
6. Intercourse
7. Imprisoned
8. Vision Surrounds the Snakepit
9. There Is Nothing Left

Who does feed us these visions?
Who counts the heads in a grave?

If you're enjoying this, try: 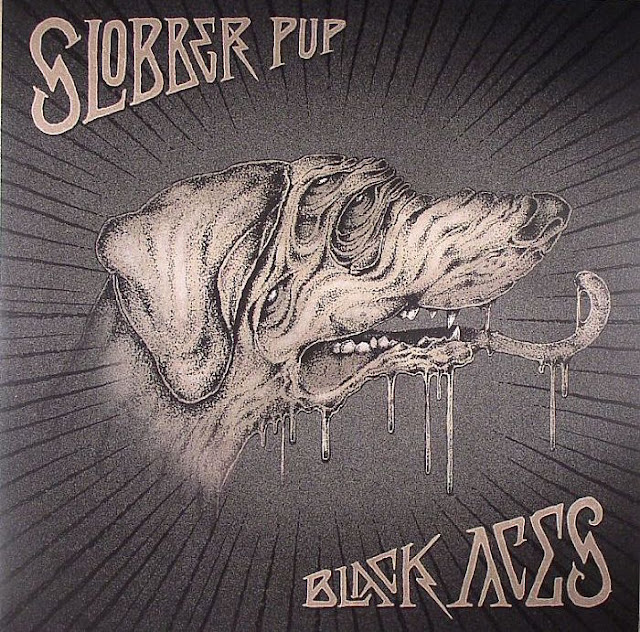 Cacophonous, free improvisation-heavy fusion courtesy of a phenomenally talented four-piece that includes Trevor Dunn (of Mr. Bungle, Fantômas, Secret Chiefs 3, Tomahawk, etc.) From the jump, Black Aces explodes with a jarring intensity that, somehow, the band manages to maintain for the entirety of the album's hour and five minute runtime.

Bring me my desire and arrows to shoot 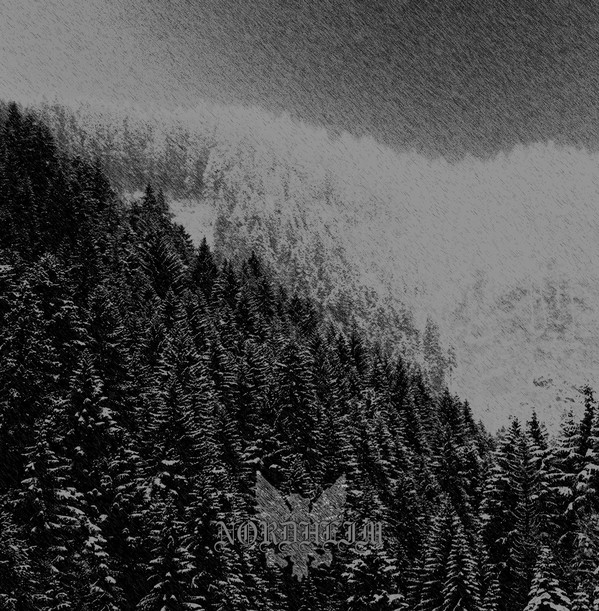 Italian atmospheric black metal. Endless sheets of icy tremolo picking over blastbeats and one-twos, with echoing vocals croaking out one or two syllables at a time.

Enshrouded by eager fates
Between one thousand shining dawns
Like blades

You'll also wanna get into: 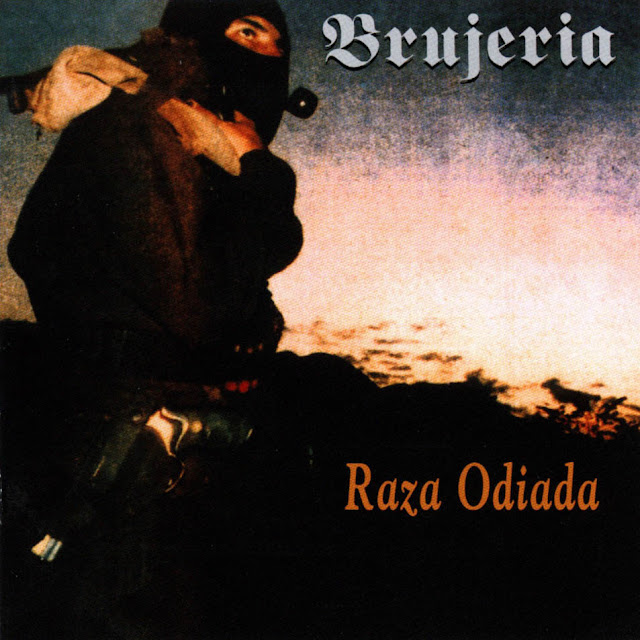 The greatest fake-Mexican deathgrind album of all time.

EDIT: My flip description has stirred up some controversy in the comments section, so I'm gonna clarify. When Raza Odiada came out, they were literally trying to get people to believe that they were Mexican drug lords. As you a quick Google search will tell you, the lineup for this record consisted of mostly dudes from LA (some of whom were of Mexican heritage), one dude from Tijuana, and one from the UK. So fake-Mexican might be a bit harsh, but I'm not wrong.

Today's empires, tomorrow's ashes
Posted by DEAR_SPIRIT at 1:31 AM 7 comments: 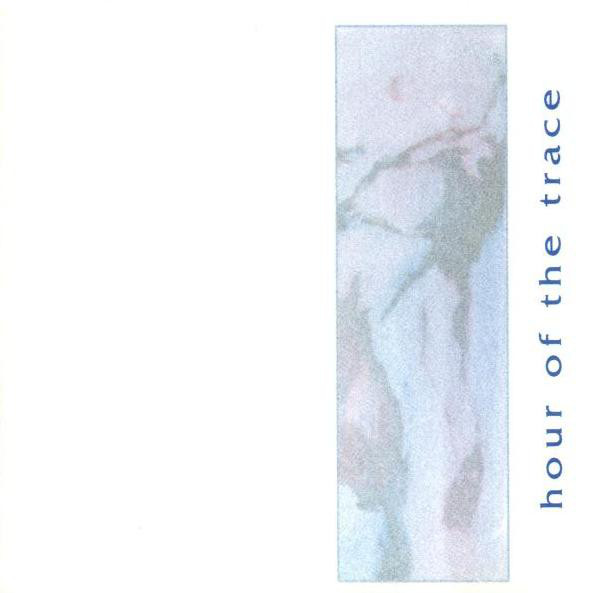 Hazy, narcotized sounds that are somewhere in the realm of dream pop, shoegaze, and slowcore. Produced by Alan Sparhawk of Low, and featuring the voice and drumming of Mimi Sparhawk (also of Low, duh) on a couple of songs. Jessica Bailiff would have been so 100% up 20-year-old me's alley, it's a real shame I didn't hear her 'til a few months back.

Track listing:
1. Crush
2. Toska
3. After Hours
4. Amnesia
5. Warren
6. How Our Perception of Distance Is Changed with Each Passing Hour
7. Across the Miles 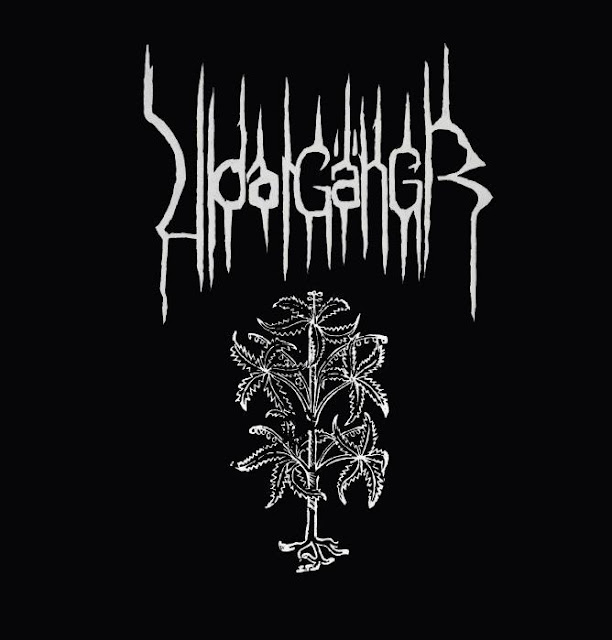 German black/death metal with juuuust a hint of sludge. Production-wise, this shit is fucking gnarly. This is at least partially due to the bass, which is both really nasty-sounding and -- in a strange, unprecedented move for the subgenre -- clearly audible in the mix. 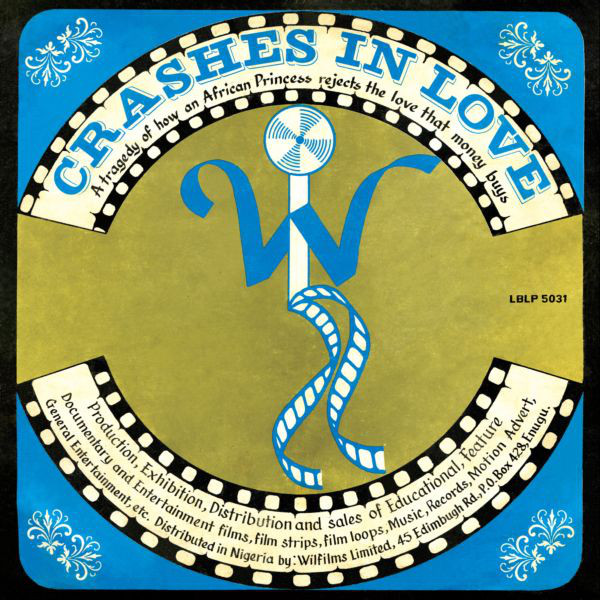 Afro-funk legend William Onyeabor's perfect debut. Call-and-response vocals, rich horn-section melodies, and killer solos from every instrument in the band's arsenal, all as buoyant, percussion-heavy grooves stay locked in a mesmerizing state of rhythmic nirvana. If everyone in the world listened to Onyeabor at least once a week, we'd achieve world peace within a couple of months.

I don't know why
You make me get crazy

To keep riding these vibes, try: 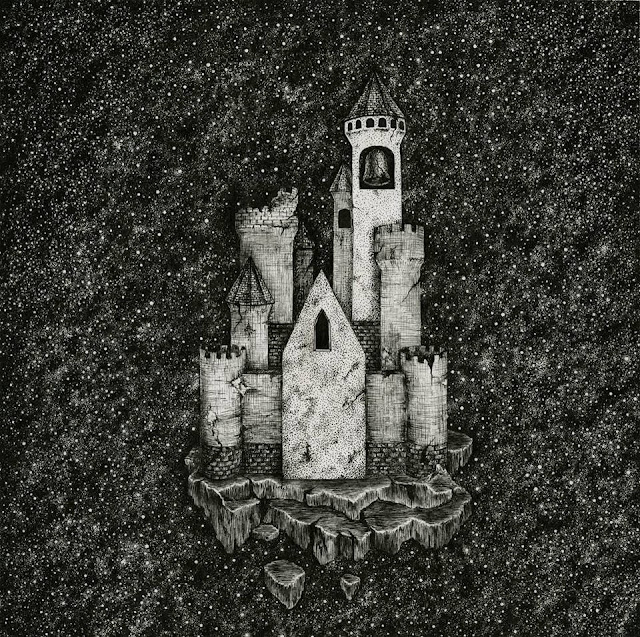 US solo black metal. Hypnotic, sorrowful, and slow, with a darkly rich, oppressively dense, keyboard-heavy atmosphere. Pretty sure that Alunar, like everything else this guy does, tells a fantastical, sci-fi-kinda story, but I have no fucking idea what it is. Free/name your price at bandcamp.

Worlds of ice stretched thin across the skull

If you're into this, check out: 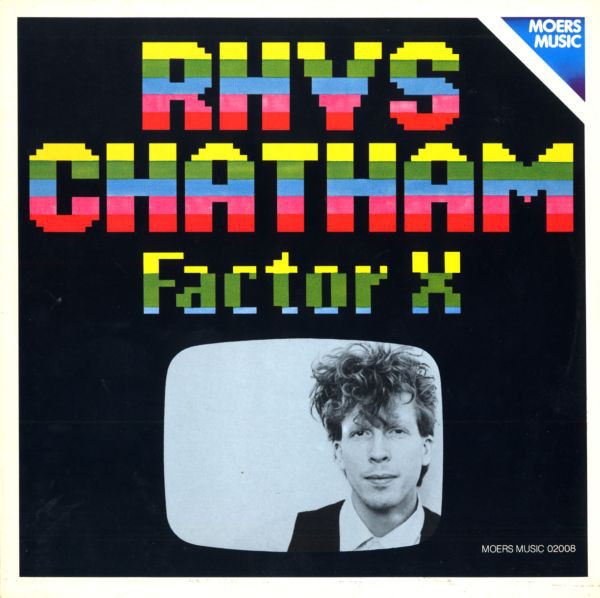 Hypnotic, instrumental art rock monoliths by NYC composer Rhys Chatham. A shimmering wall of guitars -- or brass, in one instance -- grounded by propulsive, post-punk-y drumming. Yes, kinda like Glenn Branca. How the fuck did I just hear about this guy? 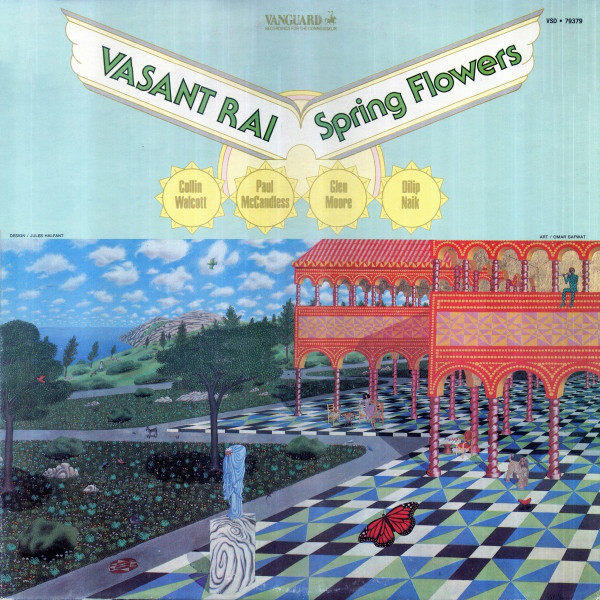 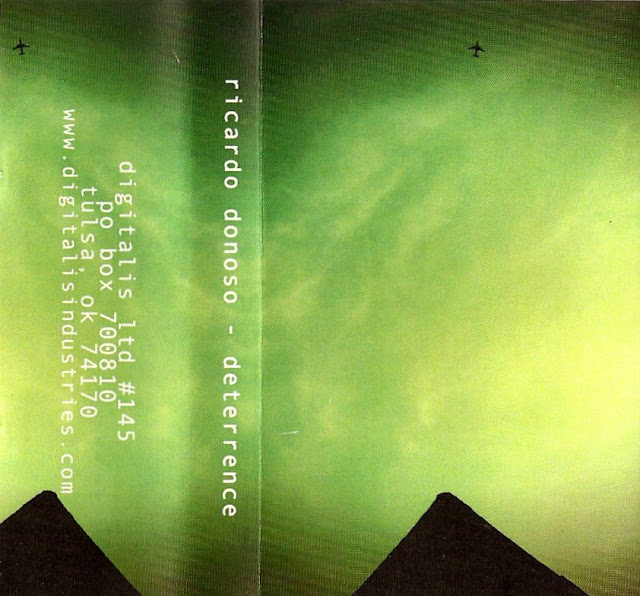 Otherworldly drone from Brazilian-American composer Ricardo Donoso. Play this really loud the next time you're disintegrating.

More for fans of low-frequency rumbling:

Posted by DEAR_SPIRIT at 3:53 AM No comments: 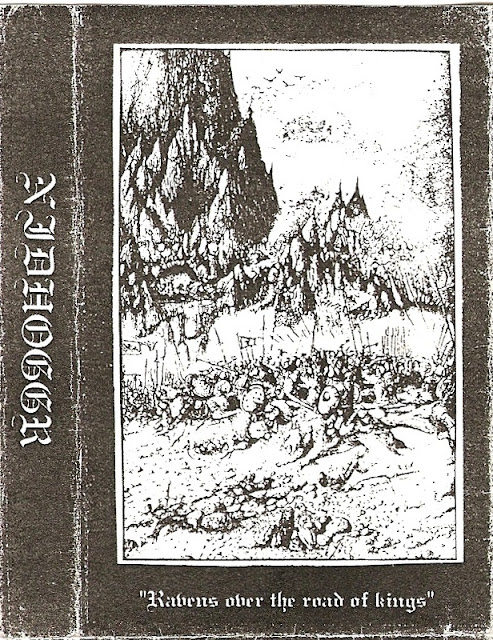 Finnish lo-fi black metal. Nidhoggr probably could have played an important role in the development of the depressive black metal subgenre, but sadly, the project's creator, Nadrach, committed suicide after releasing just this one demo. 13 minutes of cold, blackened misery.

Note: The tracks in the linked file aren't divided correctly; the first track contains the first two songs, and the second and third tracks are actually just "Jätä Minut Korpeille..." split midway through. Plays seamlessly, regardless.

Track listing:
1. From the Forest Came the Wanderer
2. Thou Shalt Burn at Our Stakes
3. Jätä Minut Korpeille... 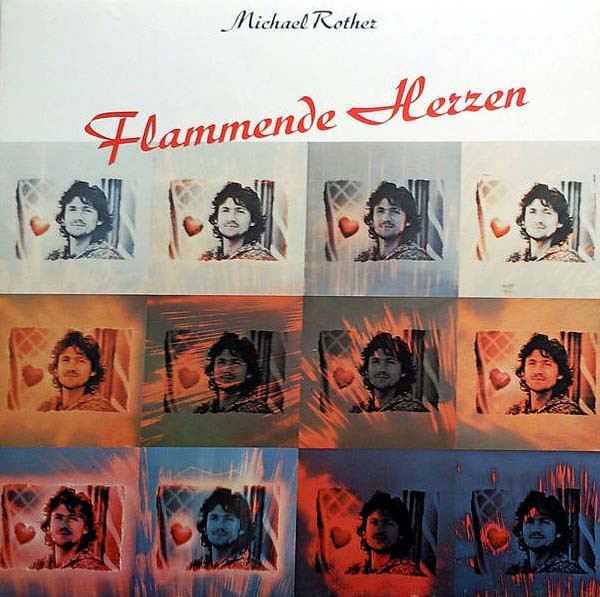 Michael Rother (of Neu!)'s heavenly first solo record. Chiming guitars, gauzy synths, and motorik beats aplenty. One of the greatest, most beautiful krautrock records in existence. I've been meaning to post something by Rother for a while now, and now given the passing of the great Jaki Liebezeit, who played drums on Rother's early albums, I pretty much have to. 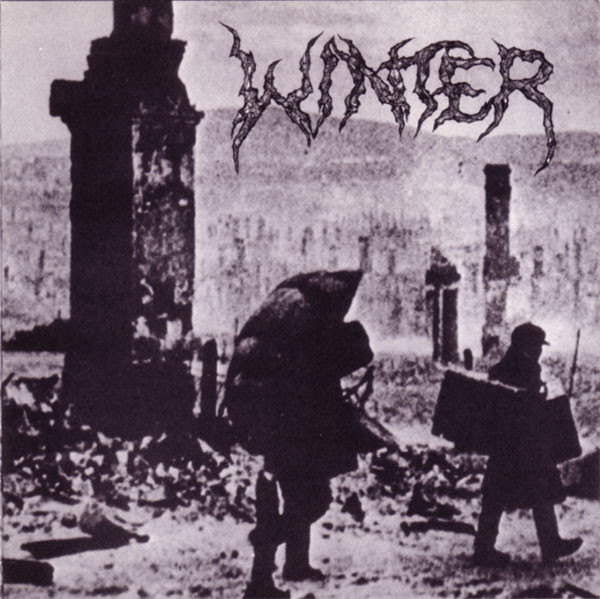 God-tier, crust-encased NYC death/doom. Sounds like Obituary covering Amebix. Great music for those days when your country turns its back on the outside world, works to erode the rights of its own citizens, and plows ahead towards the destruction of the very land on which it rests. 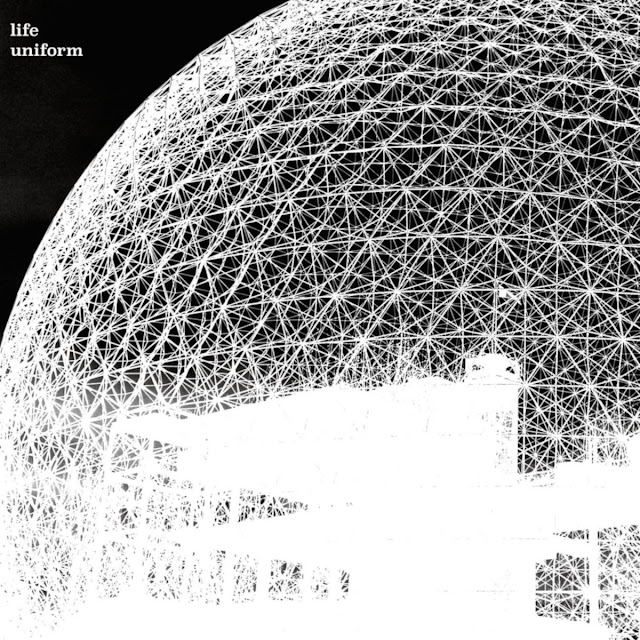 Totally sweet, catchy garage punk from Philly. The bassist, Joe, is one of my best friends in the world -- we've been friends for almost 20 years -- and I can't tell you what a relief it was when I finally heard this, and discovered that I genuinely love it. Free/name your price via bandcamp.

Track listing:
1. Got the Drop on You
2. Beach Metal
3. Montana Bill
4. News on the Radio
5. Dead Boyfriend
6. My Education
7. Determinist

The knife, man
What'd you do that for? 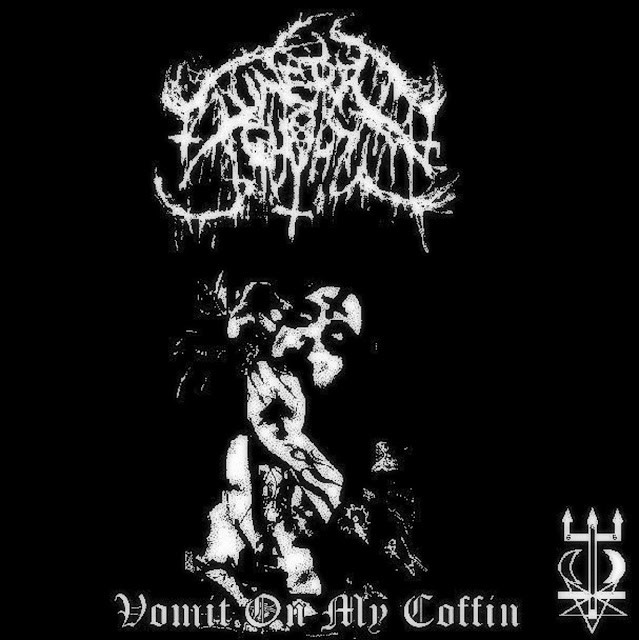 More nauseating raw black metal from Hungarian solo act Funeral Ghoul. Best when listened to while on drugs and on the verge of passing out. I'm currently unable to upload (or download, for that matter) anything due to shitty internet service, so we're just gonna have to make do with free bandcamp stuff 'til I sort it out.

Track listing:
1. I, the Goatcorpse
2. Dogmatic Church of Blood
3. Day of Sadness
4. I Hate This Human's World
5. Vomit on My Coffin

Posted by DEAR_SPIRIT at 3:20 AM No comments: 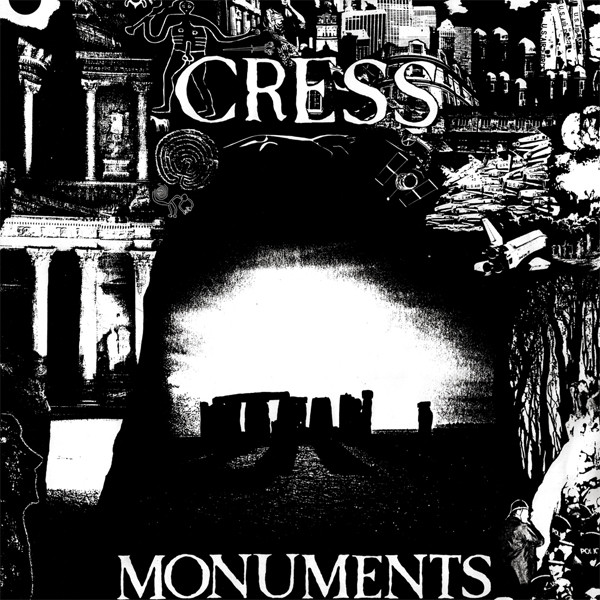 UK anarchopunk. Drum machines, keyboards, samples, and sharp, machine-like guitars give Monuments a cool, dark, almost industrial atmosphere. Def some Crass influence at work here -- they even sample some of the samples from Christ the Album -- but musically, they're a very different beast. The end times are upon us.

Fear surrounds us on all sides 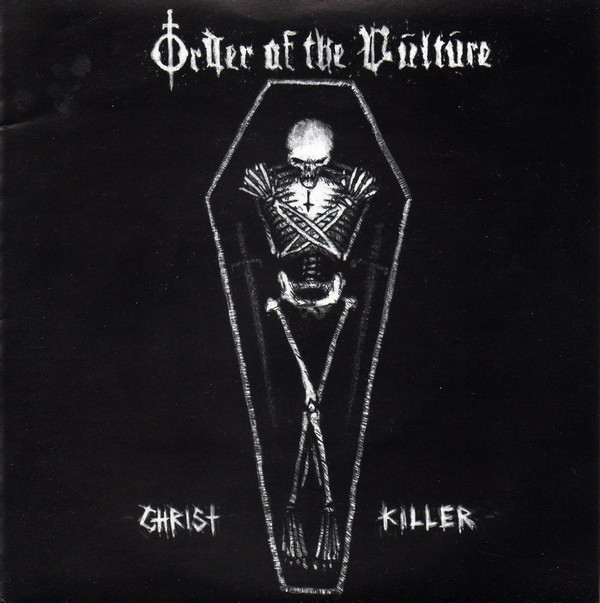 First 7" of gnarly-as-fuck raw blackened d-beat from one of my all-time favorite Portland bands. In these troubled times, fighting back means keeping track of what's important: worshipping Satan, slamming dope, decimating the system, and committing suicide.