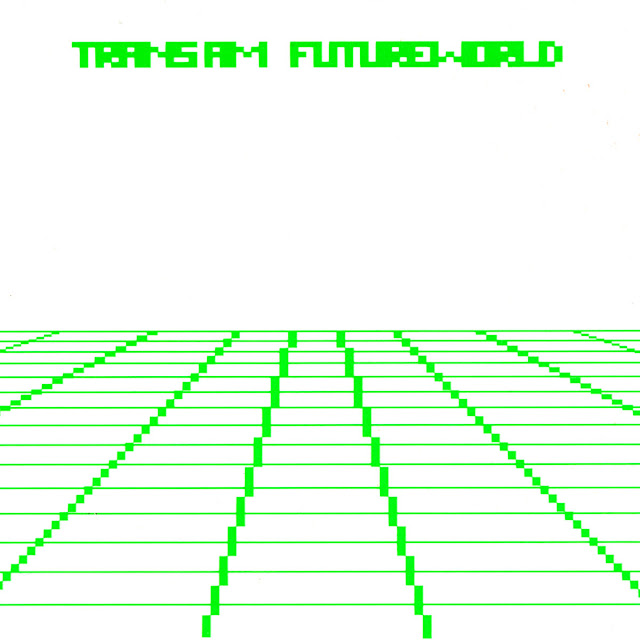 Super-sweet fourth album by Maryland stalwarts Trans Am. While still loosely based in knotty, hard-hitting, synth-y math rock, this time it's shaped by vocals -- all-vocoder, at that -- and has some serious krautrock vibes that at times drive them into a queasy, fully synthesized dream-state. The late 90s were a real golden age for techno-angst/fear of a dystopian future that wasn't too far off from the one that we currently live in, and this record has that shit in spades.

If the air was transparent
I'd float away 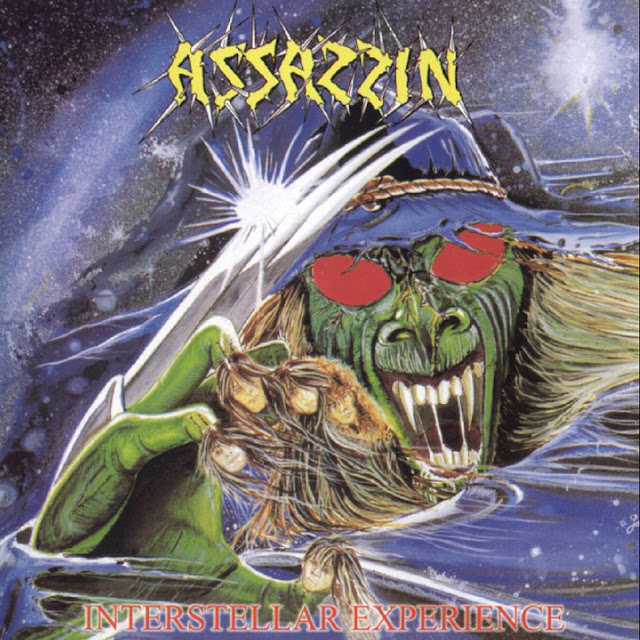 German thrash. I guess people think Interstellar Experience sounds rushed -- due to its under half-hour runtime and the (admittedly odd) inclusion of a cover version of surf hit "Pipeline" by The Shantays -- but I think that those people are confused, because what I hear is pure, head-banging, ass-kicking fun, surf cover included. So say what you will, and like what you like, but if you can't get down with "Junk Food", there's not much I can do for you: you're boring and you suck. 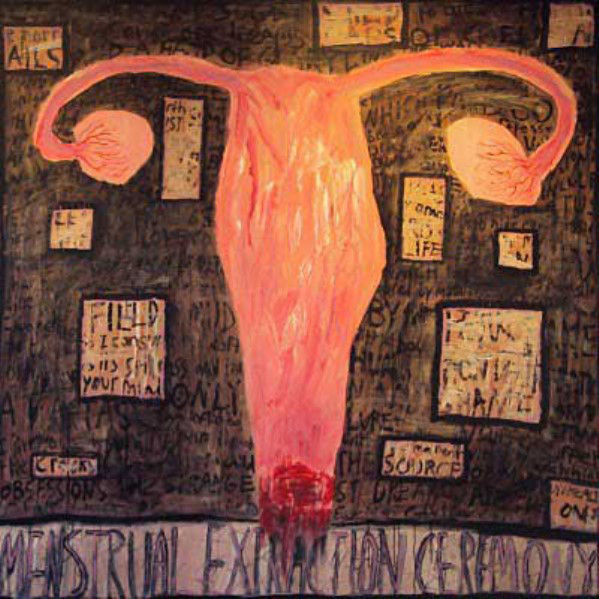 Fucking phenomenal Canadian black/death/doom. I understand your trepidation: you're looking at that album cover, and wondering what kind of weird, amateurish perversion I'm trying to get you to download. But since I'm lazy and high and I hate music writing, you're just gonna have to trust me on this one. Free/name your price via bandcamp. 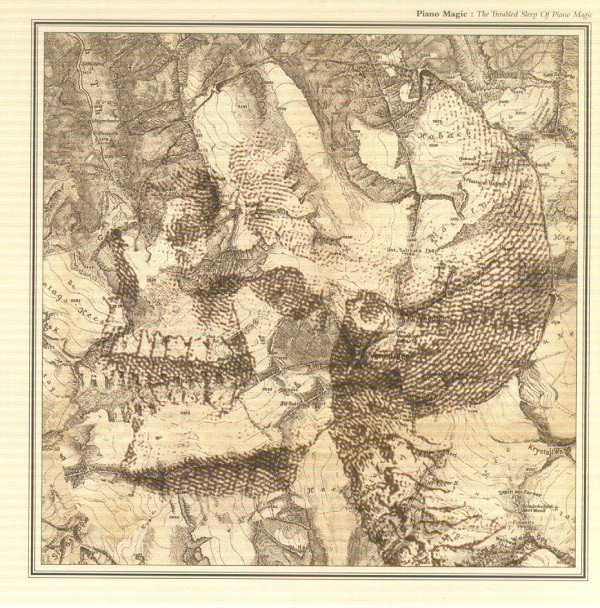 Inventive, song-driven indie/post-rock. I know nothing about the inter-band dynamics around when this was recorded, but to me it sounds like there were two distinct songwriting voices at work -- one exemplified by the abstract, cryptic "Speed the Road, Rush the Lights", the other by the earnest, relatively plainspoken "Comets" -- whose interplay makes for a beautifully complimentary dynamic.

Track listing:
1. Saint Marie
2. The Unwritten Law
3. Speed the Road, Rush the Lights
4. Help Me Warm This Frozen Heart
5. I Am the Teacher's Son
6. The End of a Dark, Tired Year
7. The Tollbooth Martyrs
8. When I'm Done, This Night Will Fear Me
9. Luxembourg Gardens
10. Comets

If you enjoy this, try: 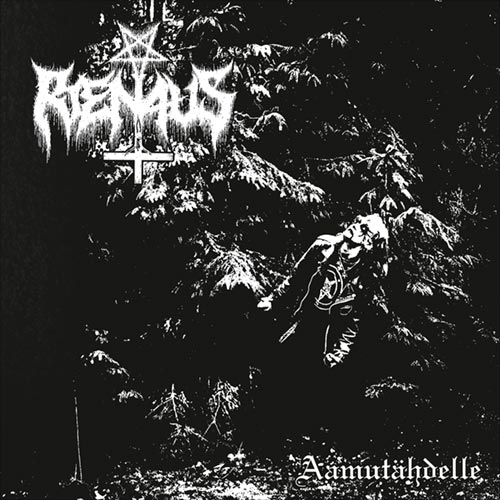 Posted by DEAR_SPIRIT at 9:09 PM No comments: 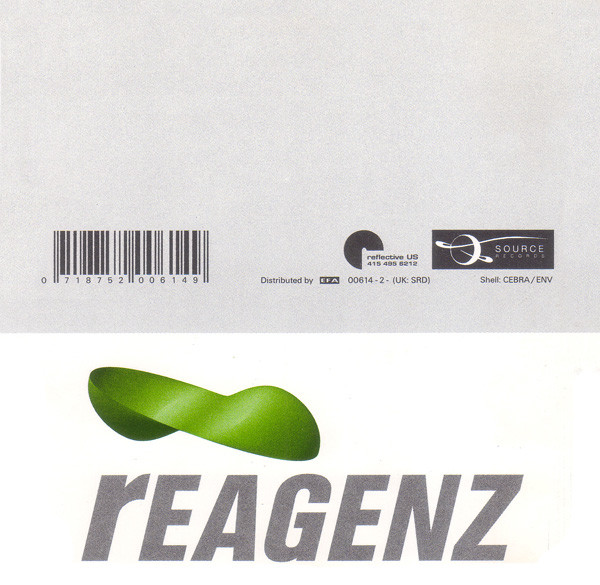 Anything to feel weightless again 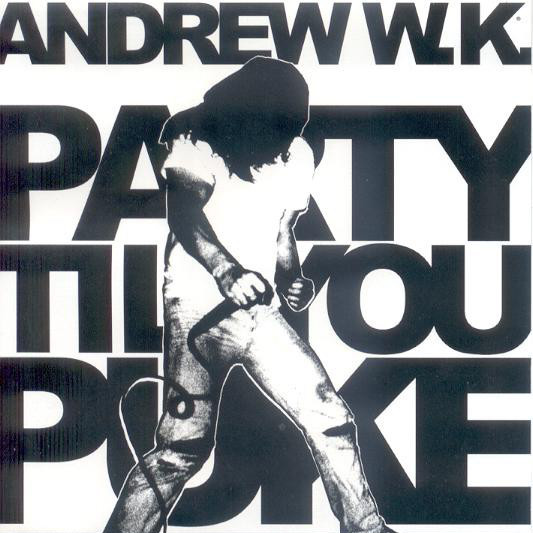 So the other day Stereogum posted an article about the AWK conspiracy theories that've been hanging around since early in his career, which I'm not even gonna try to summarize here. At first, I was annoyed because a) it's been beat into the ground already and b) Andrew WK makes beautiful, perfect music that doesn't need to get muddied up by rumors based on what, if AWK were to be believed, amounts to a business partnership gone sour. However, the article isn't just a remarkably comprehensive analysis of said controversies, but actually functions as a complete re-evaluation of his work that aligns him with visionaries and reality-benders like Andy Kaufman and David Lynch.

Beyond all of that, though, it was a relief to see that I'm not the only fucking person in the world who noticed how fucking weird and dark a lot of his lyrics are. Take "I Love NYC" off of I Get Wet, for instance: while the meaning of lyrics such as "We are your mother-father/We are your fighter friend/You can't stop what you can't end" is anyone's guess, it is clear that "I Love NYC" is not, in fact, about loving NYC.

"Party 'Til You Puke" is another great example: what exactly do the lyrics "We dent/We dope/We choke/We gun/We kill/We stab/We rob/We steal" have to do with partying, exactly? Ponder this as you listen to the Party Til You Puke EP, which finds a young AWK presenting a raw, blown-out, but more-or-less fully-formed version of his id-driven insanity. It's way meatier than the below track listing might seem to suggest. And please, read the above-linked article, it blew my goddamn mind. 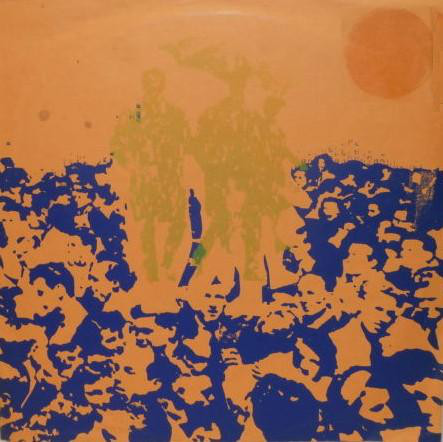 Old-school New Zealand indie rock. To these ears, A Beard of Bees plays kinda like deconstructed, piano-based post-punk, but with a warm, lo-fi sound and, despite an abundance of melancholy, a sense of playfulness. And yes, those songs are supposed to end abruptly like that.

Track listing:
1. Prelude
2. From the Diary of Hermann Doubt
3. The Horrible Tango
4. Trepidation
5. East Meets West
6. Turning to Stone
7. Although They Appear
8. The Sleepwalker
9. An Open Denial 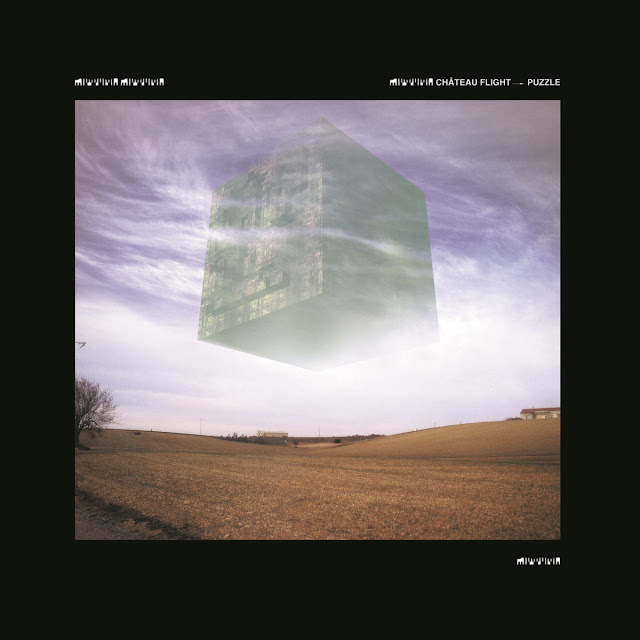 Blissed-out French deep house. Simple but insistent rhythms under a colorful, shimmering haze of synths of every sound, shape, and texture, plus some other stuff that I haven't mentioned because I'm lazy and high and just want to get back to listening. 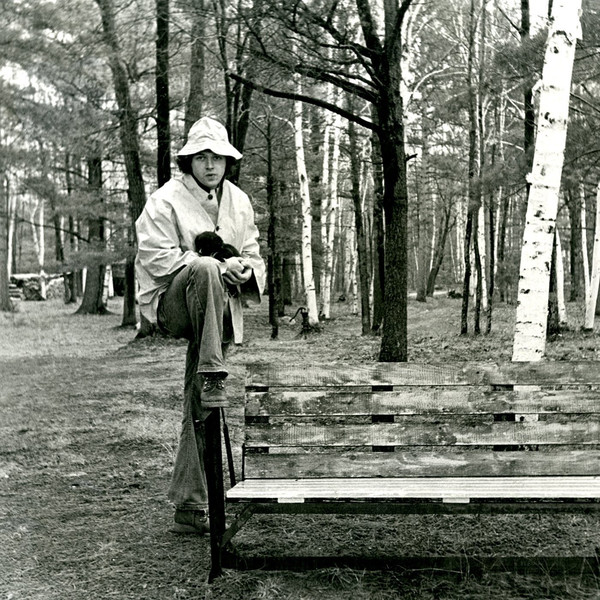 Tear-stained, bourbon-soaked outsider country/folk rock perfection. Recorded in 1975 and left to languish unheard until 2015, when Numero did us all a huge favor by giving it a proper release. Goddamn, what a beautiful fucking record.

Down in the gutter where I found my true love 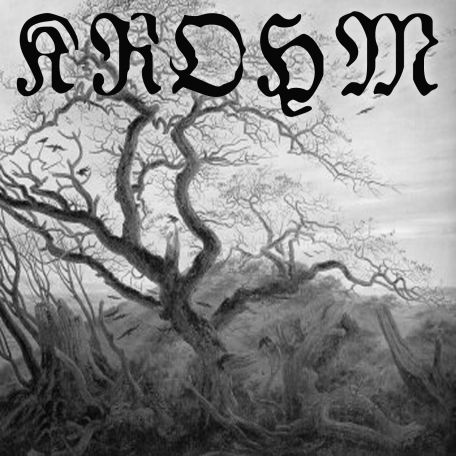 Track listing:
1. Intro / Gone Astray
2. The Cry of the Witch
3. Slayer of Lost Martyrs
4. God of Wisdom and Torture 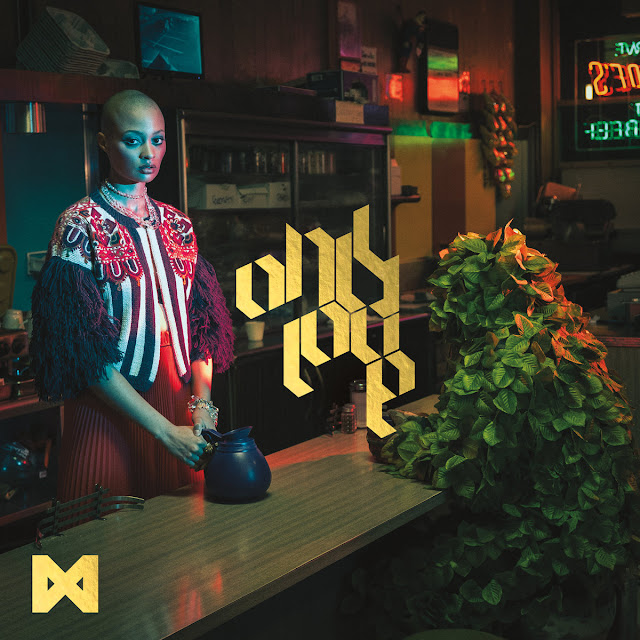 Colorful, dense, ecstatically heavy, spastic-hardcore-based sounds from Detroit. Love the way this album is structured -- more and more melody starts seeping in as it goes on, but without sacrificing an ounce of intensity, then they burn it all down in a glorious, atonal, yet somehow beautiful inferno. But I'm just another voice in a large choir of people around the internet currently singing this record's praises, so let's not waste any more of your time or mine -- if you haven't already, go read what someone else has to say about it. Free/name your price via bandcamp. 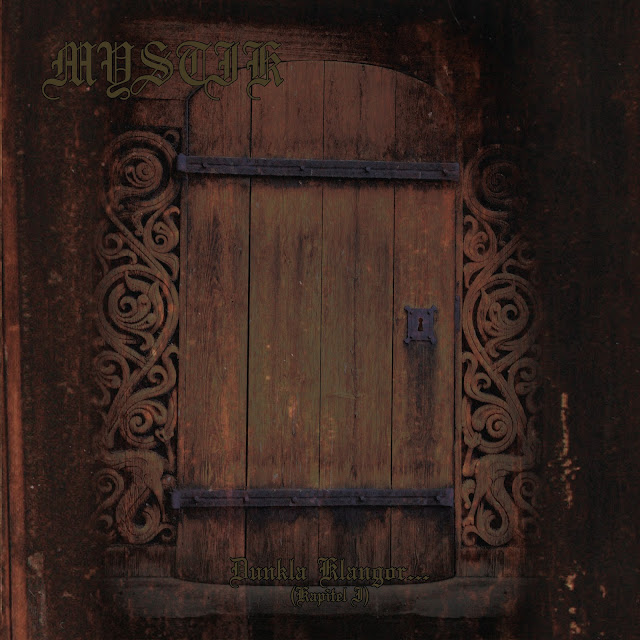 More Swedish black metal excellence from Swartadauþuz, a.k.a. The Man with a Thousand Amazing Black Metal Projects. A melodic, mournful, and majestic sound elevated by ethereal synths and inspired, passionate vocals. Beyond any lazy descriptors, the fact that I'm currently contemplating dropping almost 50 bucks on a copy of their new (-ish, it's a re-recording of the first demo, so I think it counts) LP should tell you all you need to know. 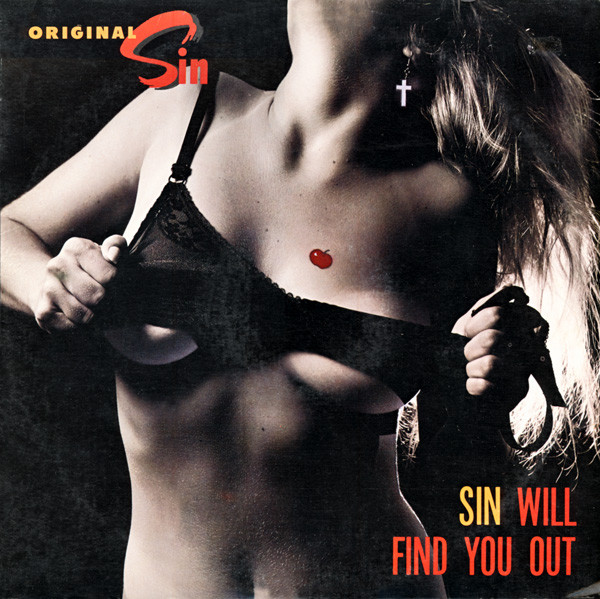 Satanic, femme-powered speed/thrash metal. By the time you read this, I will be on a houseboat on Lake Shasta, getting hammered and hopefully blaring this record or one like it.

Track listing:
1. Conjuration of the Watcher
2. The Curse
3. To the Devil a Daughter
4. A Slice of Finger (Instrumental)
5. Bitches from Hell
6. The Succubus
7. Pandora's Box
8. Thunder War (Instrumental)
9. Enchantress of Death
10. Disease Bombs

A demon seed enters a womb of corruption
Breeding a satanic spell
A sickening concussion, a newborn eruption
A demon, a terror from hell 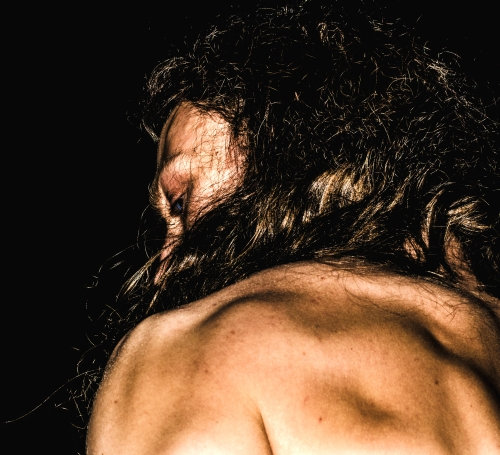 Real good NYC rap. To me, the problem with a lot of white rappers isn't a lack of talent, but that they tend to overcompensate -- either by taking on an cartoonish persona that doesn't ring true, or by being overly nerdy/technical. Lakutis, on the other hand, just seems like the truest version of himself possible. And "Too Ill for the Law" is one of my favorite rap tracks ever. Free/name your price via bandcamp.

If they could say what they saw
They'd say, "A wild motherfucker too ill for the law" 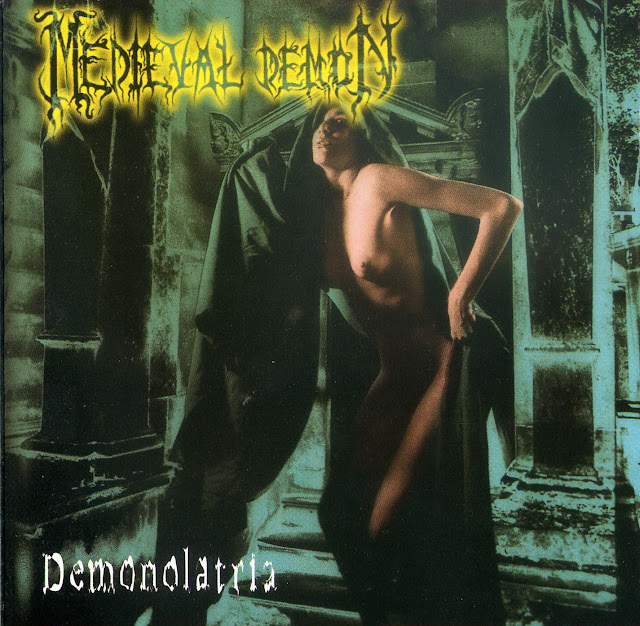 Hellenic black metal. Sure, they're a bit sloppy, but that won't stop them from erasing the divisions between our world and the netherworld and summoning terrifying beings of unspeakable evil and sorrow, then having sex with them.

God of the dim unknown
Make her suffer on her own

Dominic Frontier and His Orchestra - Pagan Festival: An Exotic Love Ritual for Orchestra (1959) 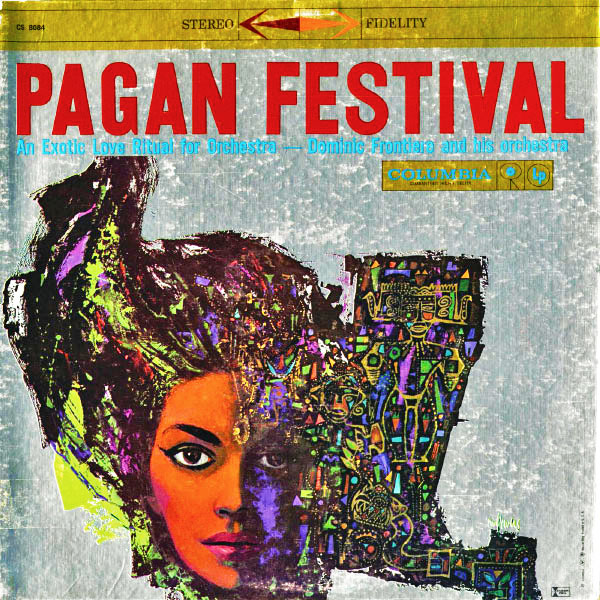 Some good ol' fashioned exotica from Dominic Frontier, who I believe is best known, if at all, for his film scores. Lush, inviting, cinematic, and probably problematic by today's standards. Claims to be an "interpretation of ancient Inca rituals, superstitions, and the romance and mysteries of their colorful civilization," but I'm guessing that it's the end result of about 25 minutes of research. 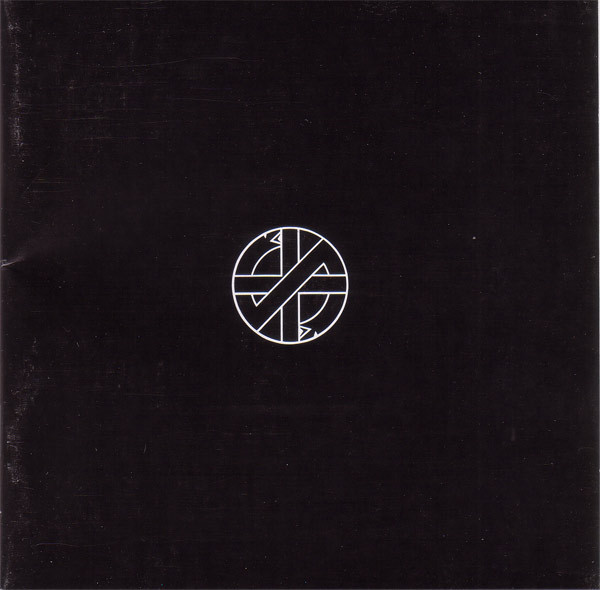 Arguably the greatest peace-punk record ever made. The proper album is a total game-changer, and finds Crass dialing in their already established sound, then firing it off into the great unknown. Chaotic, static-y sheets of guitar stabilized by a tight, muscular rhythm section, masses of news-sourced dialogue clips, and a sneering, pissed-off cockney poking holes in everything he sees -- politicians, the family unit, television, gender roles, other punks, Christians, skinheads, warmongers, meat eaters and more all find themselves in the crosshairs. The second disc is a collage of raw live stuff, interviews, spoken word, 'behind-the-scenes' recordings, and the like.

I seem to have been on a bit of a nostalgia trip of late (see also: this, this, this, this, and this) and I'm just gonna go with it. Sure, maybe this stuff is not all that obscure, but enough people read this blog that, statistically speaking, I'm practically guaranteed that at least like a hundred of you have never heard this.

Patriots' progress is a backstep
A cruel noose around a young neck
They teach our children in the classroom
To respect a madman on a rostrum
To praise the the dirty works of battle
Bring out the ribbon, balloon and rattle
To dig their own graves in the cold earth
So sad and pointless now to give birth