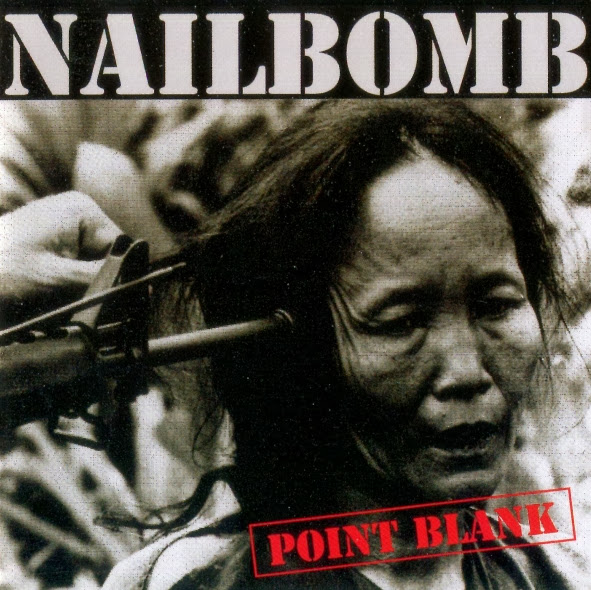 Nailbomb was a short-lived side project of Max Cavalera of Sepultura (and a bunch of shitty bands) and Alex Newport of the perennially underrated Fudge Tunnel. Point Blank is their only studio album, and it's fucking brutal. It's a great mix of sludgy industrial pain and straight-ahead, heavy thrash/groove metal. Proud to Commit Commercial Suicide, a well-recorded live album, documents Nailbomb's first and last show, and tacks on a couple of previously unreleased studio tracks. Awesomely, they cover Doom's "Expolitation" and Dead Kennedys' "Police Truck". I couldn't decide which record to post -- Point Blank is way more essential, but Proud to Commit Commercial Suicide is harder to find -- so I went with both. 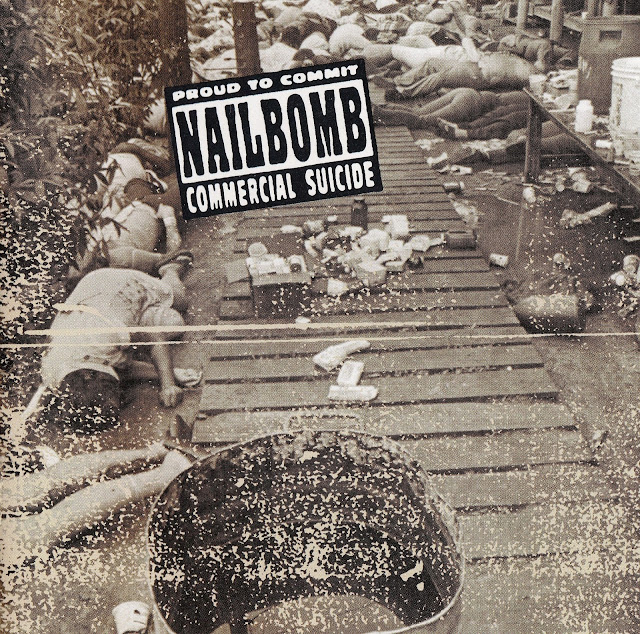 Throw it all away and destroy it all
Posted by DEAR_SPIRIT at 11:12 AM 6 comments: 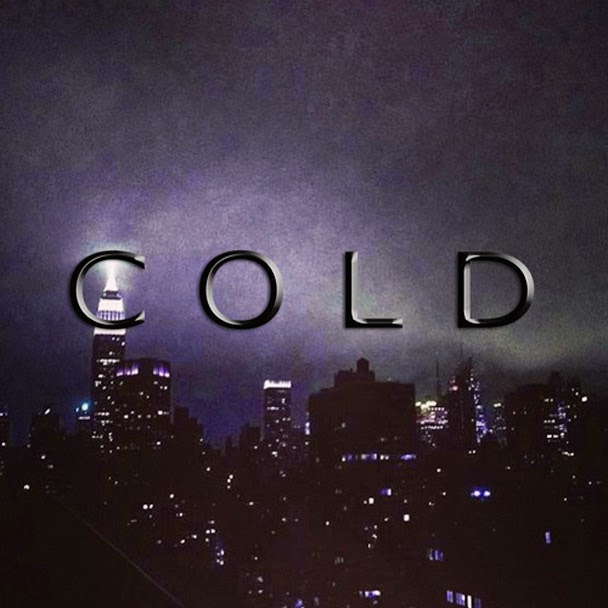 Desolate, warped electro R&B. Slow, industrial beats, stuttering samples, and autotune/pitchshifting abuse make for the kind of music that an android might make while strung out after a two-week, molly- and blow-fueled bender. 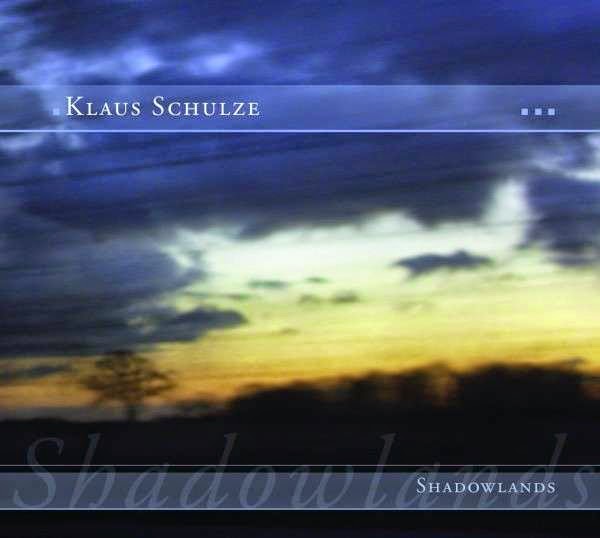 Synth music legend Klaus Schulze's forty-first solo studio album. Two and a half hours of pulsing synths punctuated by Thomas Kagermann's violin, flute, and vocals, as well as vocal contributions from Lisa Gerrard, Australian singer Julia Messenger, and femme fatale Chrysta Bell, whose album I posted the other day. At such a length, and with only subtle variation in sound, Shadowlands undoubtedly requires patience, but, given the proper mindset, it can take you to strange and beautiful places.

At the angle of an angel
Posted by DEAR_SPIRIT at 10:26 AM 4 comments: 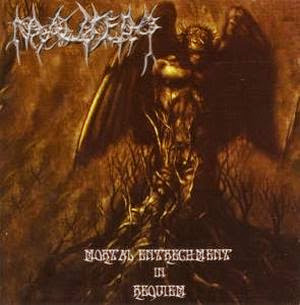 The first and only official record from Quebec's Malvery, Mortal Entrenchment in Requiem is one of the most singularly bizarre black metal records I've come across. Ever-shifting, seemingly stream-of-consciousness tremolo picking, nervous, almost jazzy drumming, and a harrowing, theatrical vocal performance -- made all the more chilling by the fact that the man behind it, Amer LeChâtier, committed suicide shortly after the album came out -- that runs the gamut from hushed rasps to high-pitched shrieks to aggressive howls to pained, semi-operatic groans.

Track listing:
1. As Drowning Came from Horizon
2. Drowned in a Dried-Up Lake
3. Suicide the Only Solution
4. I Am the Prophet of Fatality
5. L'Hysterie
6. Incantation Hysterique

It is the most sordid, the cruellest
That which makes the shores pile up
Illusion drinks of what it will lose
Posted by DEAR_SPIRIT at 11:18 AM 4 comments: 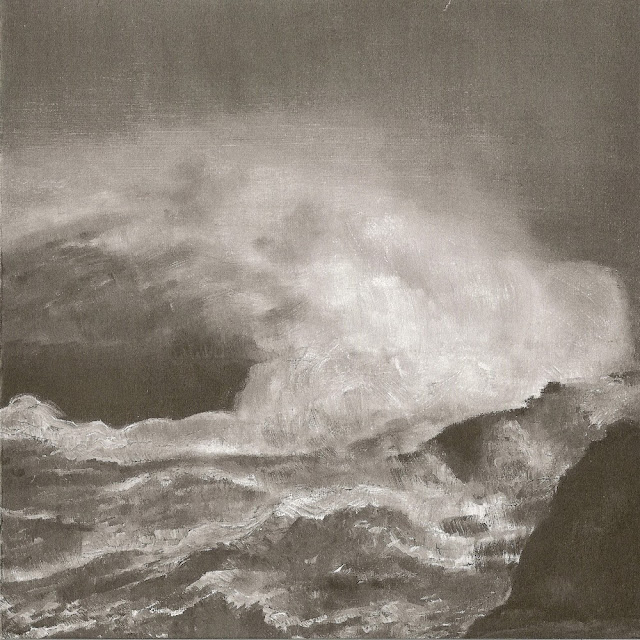 Slow, melancholic Finnish black metal. Simple drum patterns, tortured vocals, and thick layers of acoustic, clean, and distorted guitars. Very much in tune with the Burzum school of black metal. Great music for sitting around wallowing in the infinite misery of human life, or just for listening to while you get high.

Track listing:
1. To the Once So Sad World
2. Dance of Shadows
3. Burned
4. What Once Shined

Surfin' on down to the shores of sorrow
Posted by DEAR_SPIRIT at 11:58 AM 2 comments: 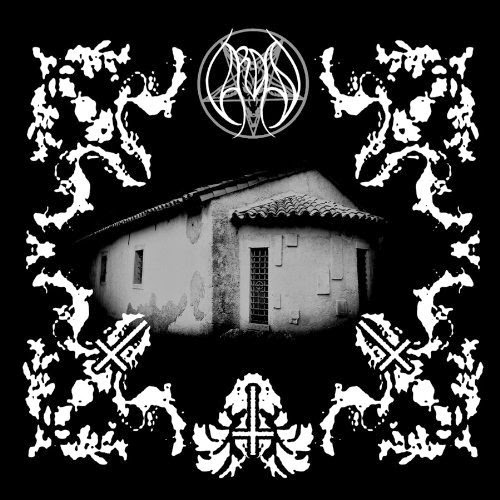 Some truly painful, raw, depressive black metal by way of Italy. Lifeless Shadows is one of three LPs that Vardan released last year, each of which represents a perfectly pure, minimalistic distillation of DBM -- mournful leads repeat endlessly over two-chord riffs, drums plod along like a funeral march, and vocals hang overhead like lost spirits in agony. Still, through all this morbidity, it's nice to be treated to an ESL classic the likes of "Self-Destruction Feelings".

Living my funeral
Posted by DEAR_SPIRIT at 2:36 PM 3 comments: 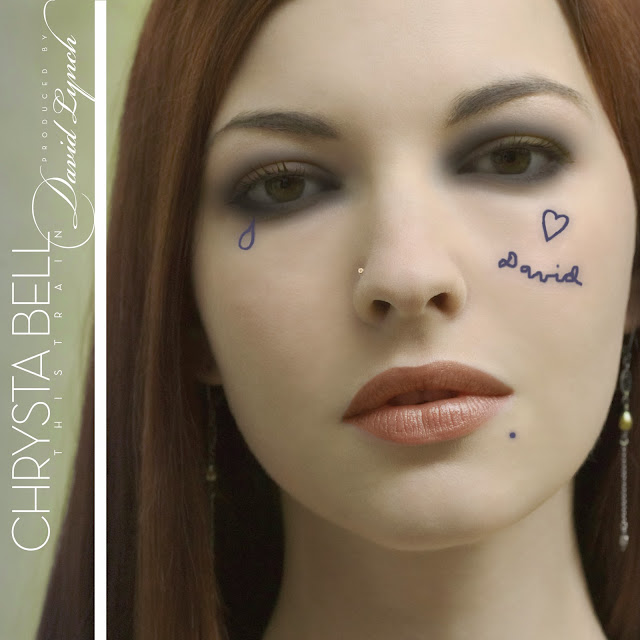 An album of darkly alluring, hypnotic, Americana-infused dream pop. Yes, it is produced by David Lynch, whose haunted compositions always sound better when fronted by tragic, emotive chanteuses (see also: "Pinky's Dream", "I'm Waiting Here", Julee Cruise's first two records). Really stoked on this one, can't believe it took me so long to hear about it! 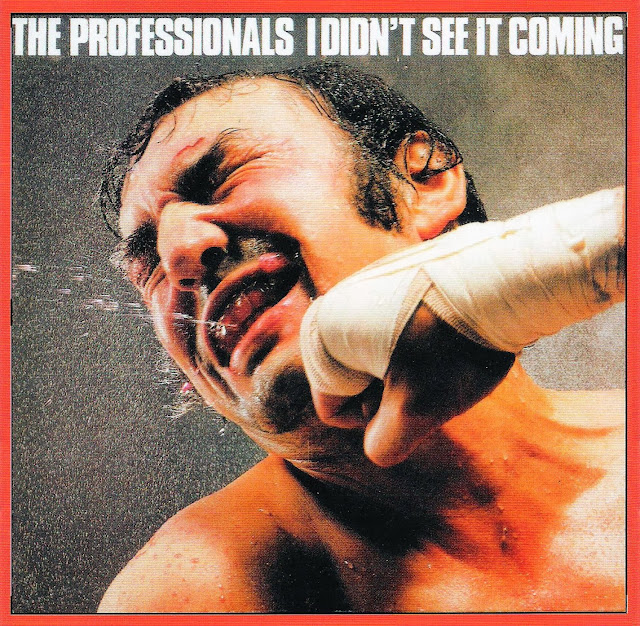 The Professionals were formed by Steve Jones and Paul Cook shortly after the breakup of the Sex Pistols. Following an aborted first album, they completed I Didn't See It Coming, a should-be classic album of anthemic, pop-leaning punk rock. This reissue includes a bunch of singles, B-sides, and songs from the incomplete first album.

It's just a matter of losing
An everyday sort of thing
Posted by DEAR_SPIRIT at 2:12 PM 1 comment: 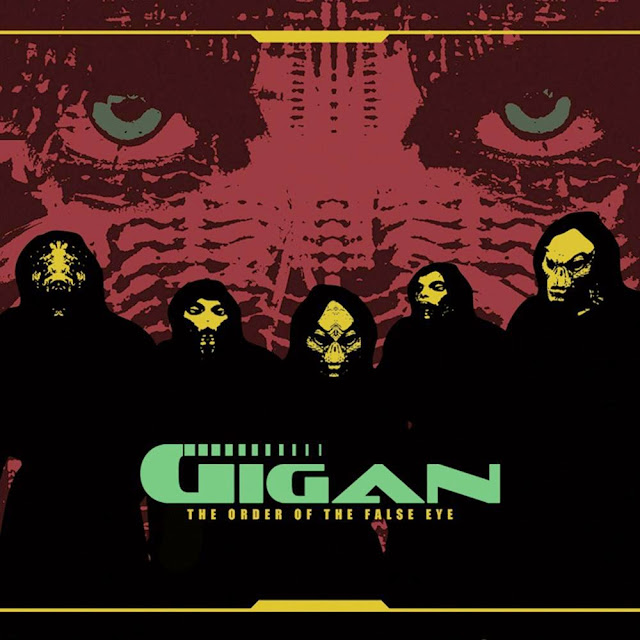 Chaotic, dissonant tech-death. Don't be fooled, though, as Gigan's style of tech-death is way less about trying to wow you with pointless displays of technical prowess (read: noodling) than it is about generating a gigantic, swirling, cacophonous atmosphere of clashing, slippery riffs and quasi-melodies. Features Erik Hersemann (ex-Hate Eternal) on bass, guitars, and synths.

In the tentacled grasp of a buried behemoth
Posted by DEAR_SPIRIT at 9:20 PM 4 comments: 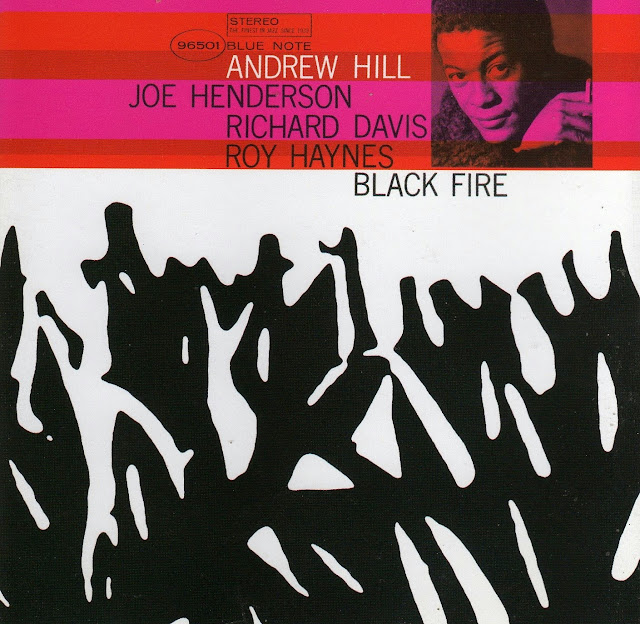 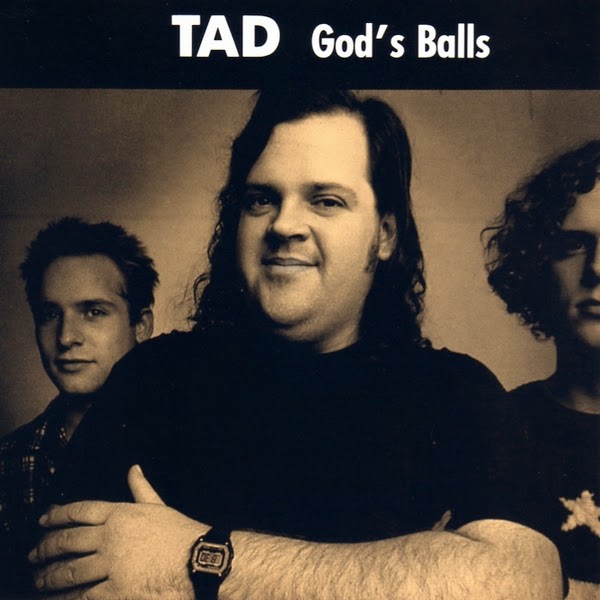 Tad were one of the best and heaviest of the OG Seattle grunge bands. God's Balls was their first full-length, and it's about as grunge as it gets.

I'm just a pork chop, baby
That's all I'll ever be
Posted by DEAR_SPIRIT at 1:50 PM No comments: 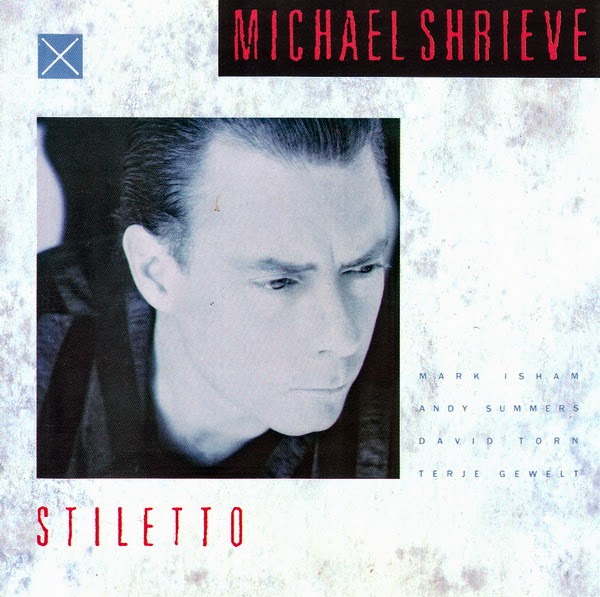 Stiletto is a first-rate album, led by drummer Michael Shrieve, of icy, atmospheric jazz that would have sounded right at home on ECM. Fans of Terje Rypdal will appreciate the shimmering, swelling guitar work of David Torn, an incredible guitarist whose work I really should have posted on here by now. Also, if you haven't already, I highly recommend checking out The Leaving Time, Shrieve's collaboration with Steve Roach, which I have linked above.

The invisible architect
Posted by DEAR_SPIRIT at 5:36 PM No comments: 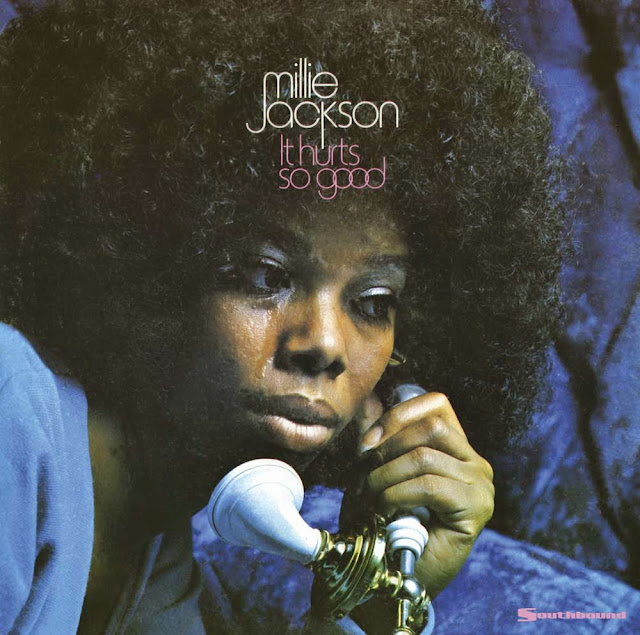 I've had a bunch of shit going on, not the least of which is graduating from ye olde community college, so the dumb music blog has gone on the backburner. But while I have a minute, here's an excellent gem of melancholic but funky old school soul.

Cause, baby, these things you're doing to me
It hurts so bad but it's worth all the misery
Posted by DEAR_SPIRIT at 7:20 PM 5 comments: 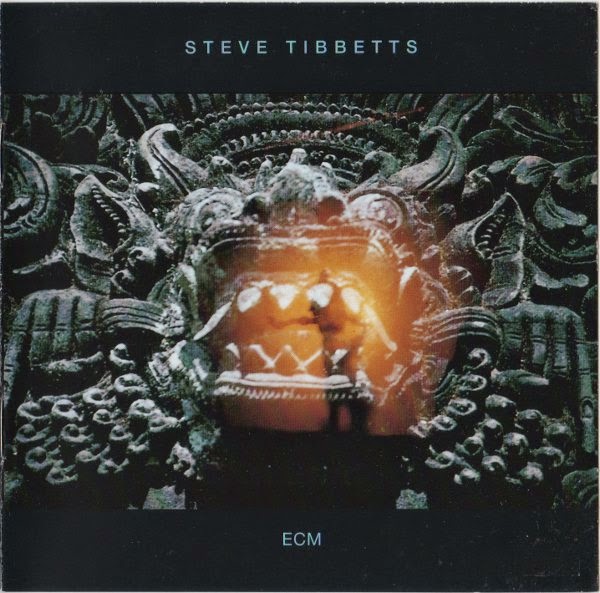 The Fall of Us All is the album that introduced me to the wondrous world of Steve Tibbetts, and it's still probably my favorite in his catalogue, as well as his darkest, most intense album. The first half of the album is all thunderous percussion, wailing guitars, and wordless choral vocals, then the bottom falls out, and the music slow burns through to the brilliant, wandering "Travel Alone". 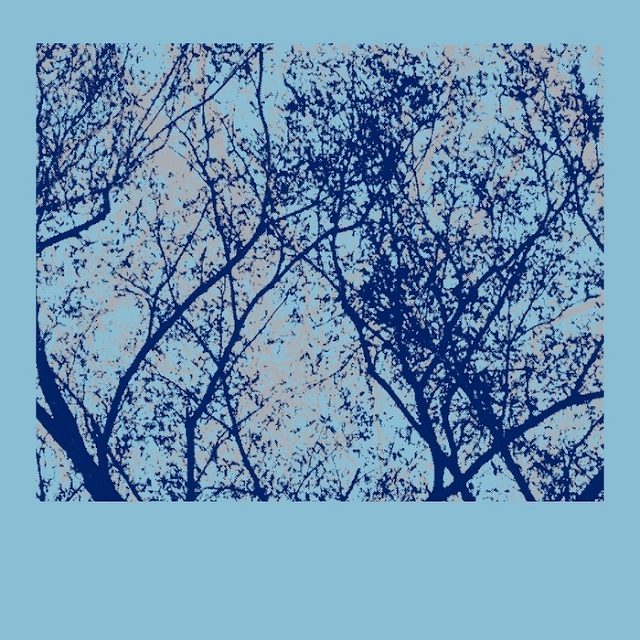 This is the world we know
Posted by DEAR_SPIRIT at 2:12 PM 6 comments: 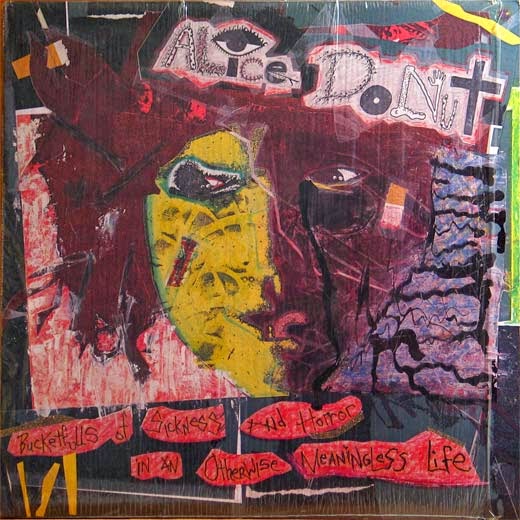 It's a beautiful day, I'm stuck inside half-assedly working on a stupid essay for a stupid American history course, and someone in my Facebook feed just posted "My Life Is a Mediocre Piece of Shit", which really resonates with me right now. Jaded, noisy, but strangely melodic punk rock for those times when every little thing in your life is a drag.

Pregnant with a fascist baby
Posted by DEAR_SPIRIT at 3:28 PM 2 comments: 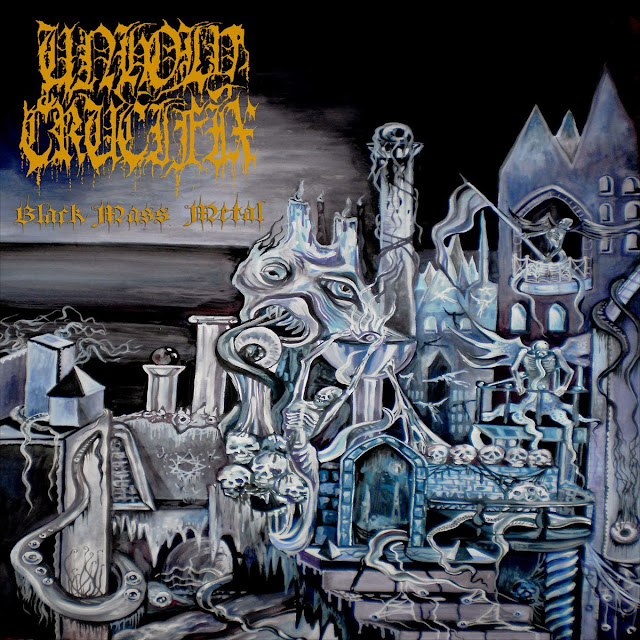 Simplistic, raw, beastly black metal. Nearly constant blasting and tremolo picking, caveman riffs, ghoulish vocals. Tracks 1-9 are studio tracks, the rest are even rawer rehearsal tracks. And unfortunately, as much as I wanted it to be, the last track is not a Pink Floyd cover.

Nurture the entrails of sacrificed children
Pentagram blaze in the heavens
Conjuration of damnation and blackness
Angel rapes angel in the pit of desecration
Posted by DEAR_SPIRIT at 2:38 PM No comments: 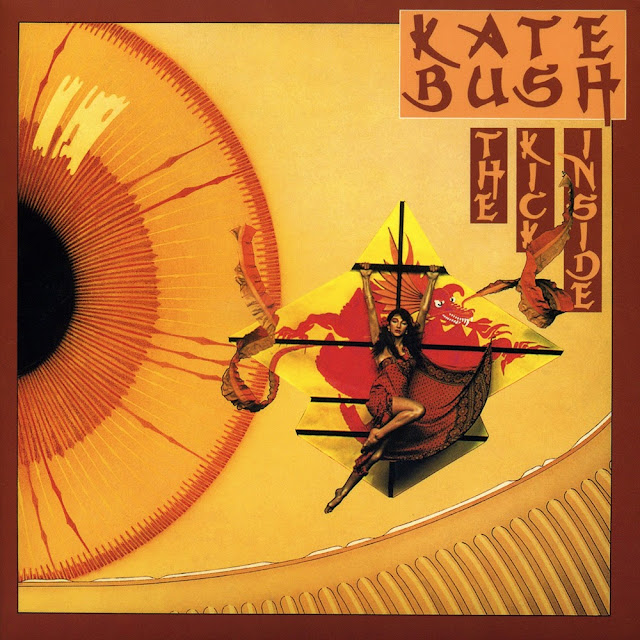 My lady is performing at a Kate Bush tribute event next week, so I've been listening to a bunch of Bush's stuff, and keep coming back to her first LP, The Kick Inside. It's not as musically adventurous as The Dreaming or Hounds of Love, which I'm going to assume you've already heard; it's more like a prog-ish take on 70s pop/rock. But it's a remarkable record in its own right -- pretty much every song is mixtape worthy -- and possibly the most unfortunately overlooked record in her catalogue.

James, come on home
You've been gone too long, baby
We can't let our hero die alone
Posted by DEAR_SPIRIT at 5:19 PM 6 comments: 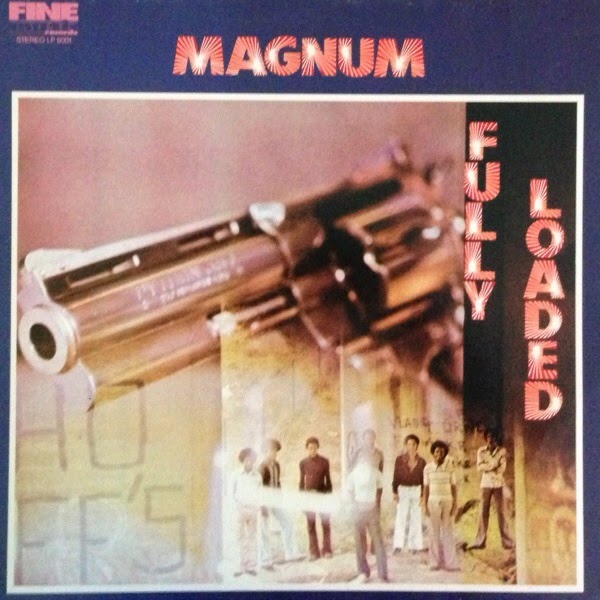 How 'bout some soulful, funky, psychedelic, mind-expanding tunes on a sunny June day? Put this on a playlist, grab some intoxicants, and get somewhere nice. This I command.

Track listing:
1. Evolution
2. Your Mind
3. Natural Juices
4. It's the Music That Makes Us Do It
5. Witch Doctor's Brew
6. Funky Junky
7. Composition Seven

Regeneration across the nation
Posted by DEAR_SPIRIT at 1:14 PM 4 comments:

Lustful, abnormal images that captivate the reflection of death
Posted by DEAR_SPIRIT at 4:32 PM No comments:

Email ThisBlogThis!Share to TwitterShare to FacebookShare to Pinterest
Labels: 2000s 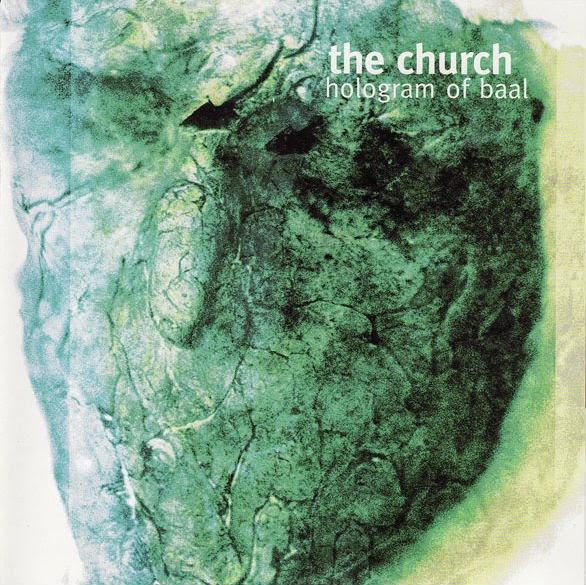 Been listening to this one a lot the past few days. If you know the Church, you know what to expect -- glistening guitars and dark, dream-like lyrics, the sound of painkillers and a star-filled sky -- and if not, this is as good an entry point as any. I'm including the bonus disc, Bastard Universe, which consists of a single, extended instrumental jam that's divided into six sections.

It was so pleasant, incandescent
It's over now
We should get going
Posted by DEAR_SPIRIT at 10:26 AM No comments: