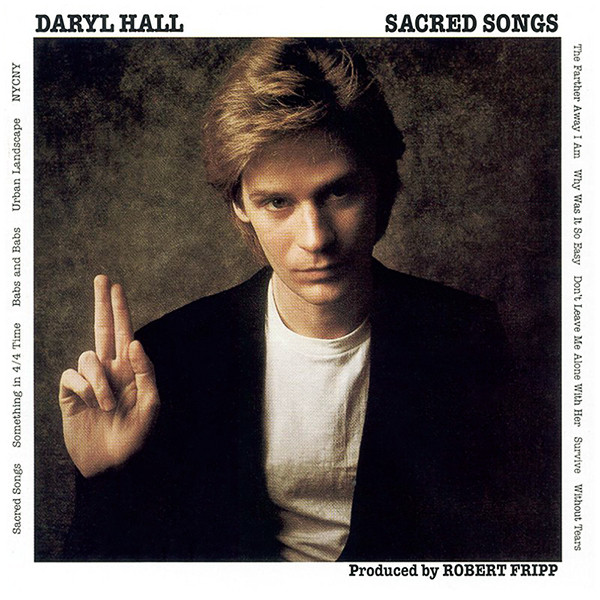 As Hall & Oates enjoyed their first string of hits, Hall sidestepped and made an art rock record, colored by the woozily beautiful guitars of Robert Fripp. And it's not just a curio -- it's fucking topnotch stuff. The first song and a half lull you into a false sense of accessibility, then, midway through "Something in 4/4 Time", the wall of Fripp guitars hits, and you realize this is not just another pop/rock record. This back-and-forth continues throughout the record. Recorded in 1977 but -- as is tradition for any great experimental record by a mainstream artist -- shelved by those damn money-blinded record company fat-cats.

They're all sacred songs
They're not easily won

You would probably also enjoy: 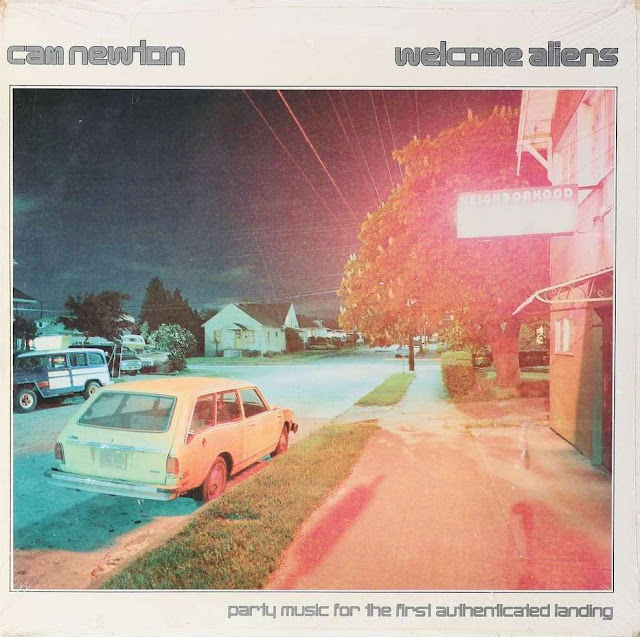 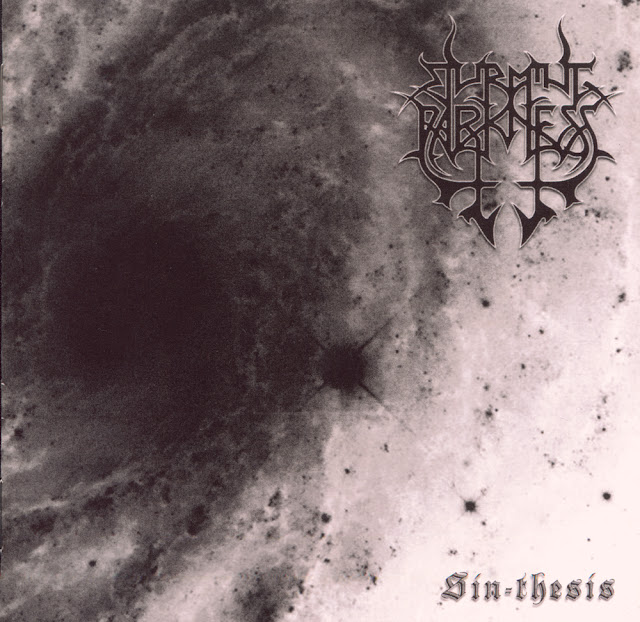 Russian black metal. Some really great, inspired guitar work here, but it's the kind that you really have to give a close listen to appreciate. The kind of album whose DL link I'm gonna have to re-up in six months because you people need a bunch of clicks and whistles with your black metal. But, as before, consider this: we all love a nice, fancy meal with a bunch of stuff on the side and charred this and creme fraiche and all that shit, but sometimes, you just want a really well-cooked steak. And that's what Sin-Thesis is: a really well-cooked black metal steak. 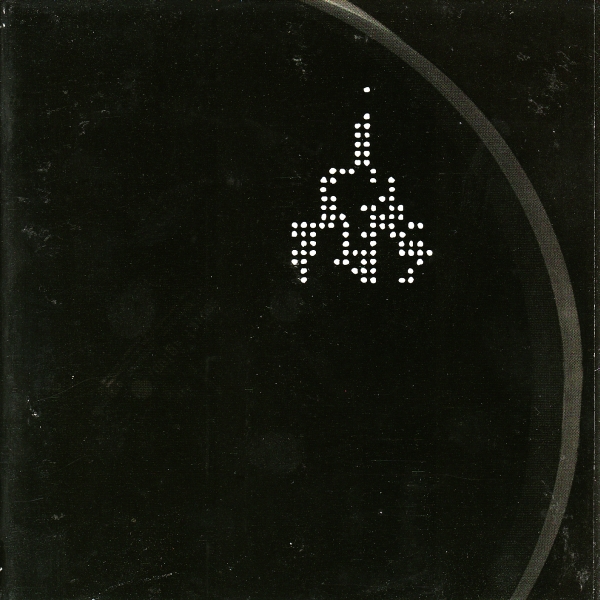 A two-disc compilation of EPs from English duo Icarus. Abstract, drum-n-bass-rooted sounds with skittering, jazz-y percussion, dark, reverberating atmospheres, and some flashes of glitchy harsh noise. Withdrawal's giving me hella brain zaps, which in turn is making me relate hard to music like this. 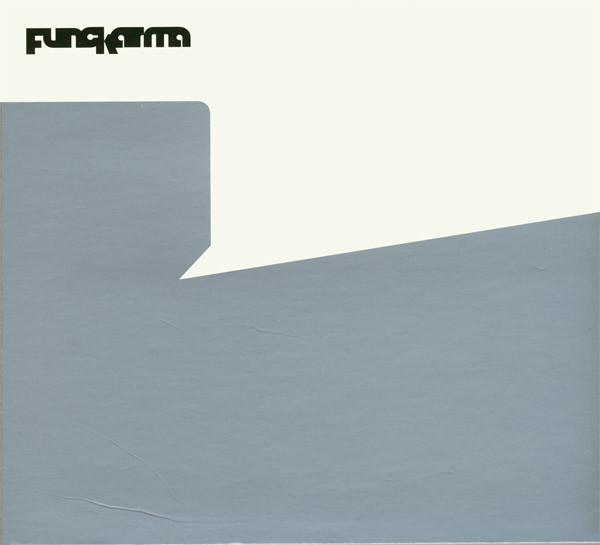 Excellent Dutch IDM. Lush, shiny synths, stuttering rhythms, and hella glitched-out atmospherics. Having listened to this in full and completed the in-depth analysis that you've just read, I'm about to attempt to sleep again, so good morning and good night, nerds. 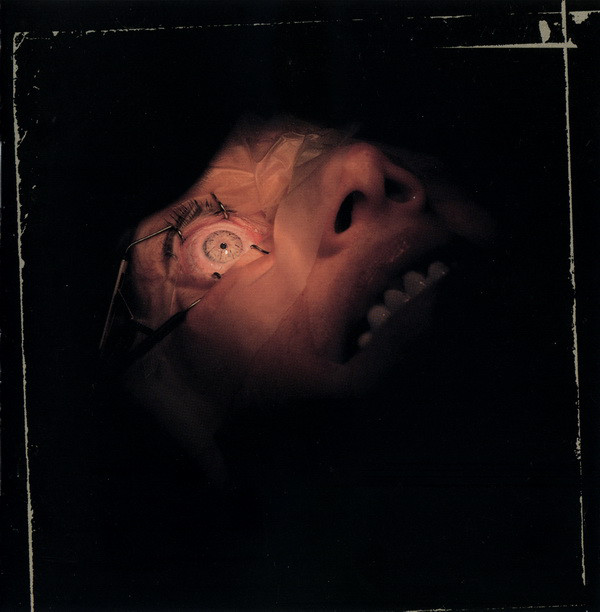 Third album from the gods of gore metal -- who, for some reason, people LOVE to pretend never put out anything good past their first record. Those people are wrong, and this record proves it: they didn't lose the spark until they broke up and reformed as a more polished, less interesting version of themselves.

Anatomy Is Destiny finds Exhumed taking on a more varied, dynamic sound that emphasizes guitar interplay and more thought-out song structures, while keeping things as gory and fun as ever. Many songs really take off midway through -- from the harmonized leads on "Waxwork" to the d-beat mosh-bait on "Consuming Impulse" (pretty sure they covered Disrupt at MDF the following year) to the driving, palm-muted breakdown on "Death Walks Behind You", it's the bridges that take this record over the top.

Track listing:
1. Anatomy Is Destiny
2. Waxwork
3. The Matter of Splatter
4. Under the Knife
5. Consuming Impulse
6. Grotesqueries
7. In the Name of Gore
8. Arclight
9. Nativity Obscene - A Nursery Chyme
10. Death Walks Behind You
11. A Song for the Dead

Masticate your own genitals, choke on your bludgeoned testicles
With a hunger that will not be denied
The sweetest of meats is your soft, fatty teats
That I'll be stuffing your face with tonight 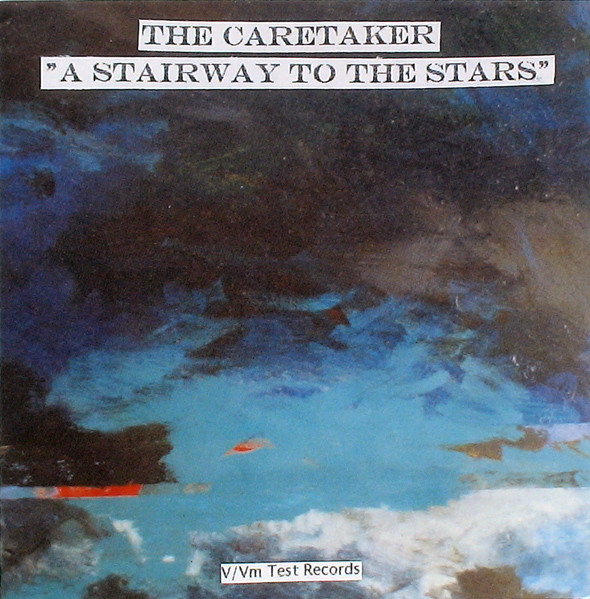 Previously on OPIUM HUM:
The Caretaker - Selected Memories from the Haunted Ballroom (1999)

Leyland Kirby's second album as The Caretaker takes place in the same haunting world as the first, in which old, forgotten records are dusted off and given new, unsettling life as heartbroken ghosts, stuck pursuing a golden age of wine and romance that no one else seems to remember.

Track listing:
1. We Cannot Escape the Past
2. Cloudy, Since You Went Away
3. Emptiness
4. Consigned to a Yesterday
5. Masquerade Ball
6. Malign Forces of the Occult
7. On the Edge of Breakdown
8. Robins and Roses
9. Date with an Angel
10. It's All Forgotten Now
11. Each Today Doesn't Lead to a Tomorrow
12. Home
13. Friends Past Re-United
14. A Stairway to the Stars

I saw your face in a dream 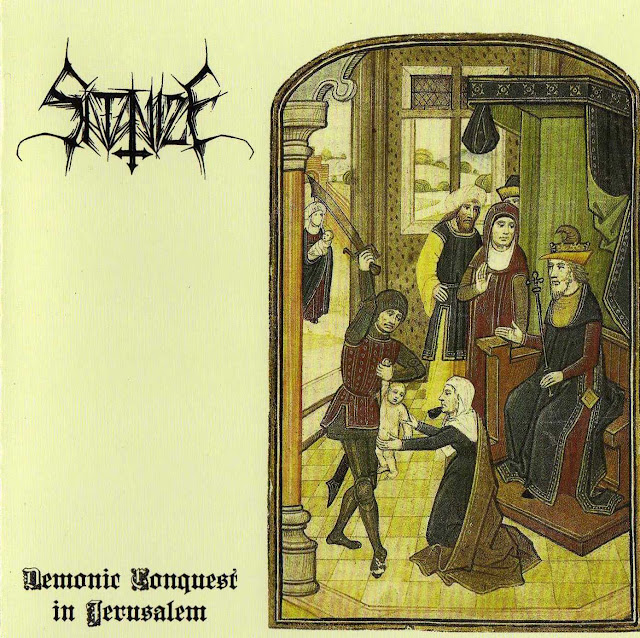 Horrified - In the Garden of the Unearthly Delights (1993) 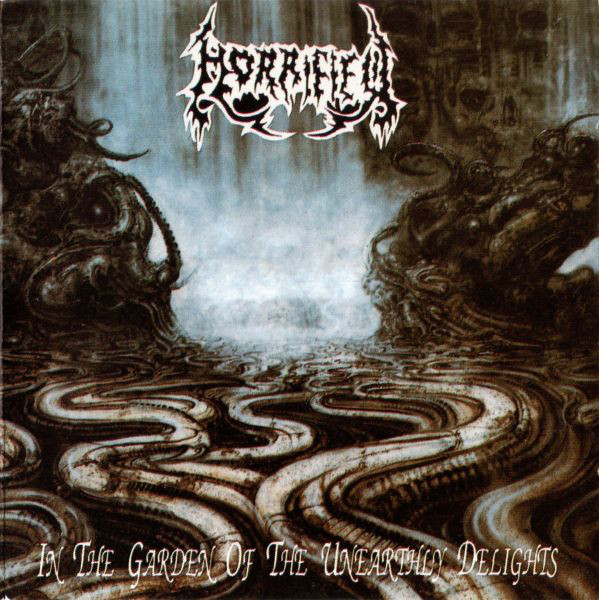 Greek atmospheric death metal. You'd be forgiven for expecting a band called Horrified with a song titled "Baptized in Venereal Blood" to play grind-y, gore-soaked death metal, but they are actually very much in line with the moderately raw, epic sound for which the Hellenic extreme metal scene is most famous, complete with droning keyboards and quasi-operatic, lady-of-the-lake-sounding guest vocals. 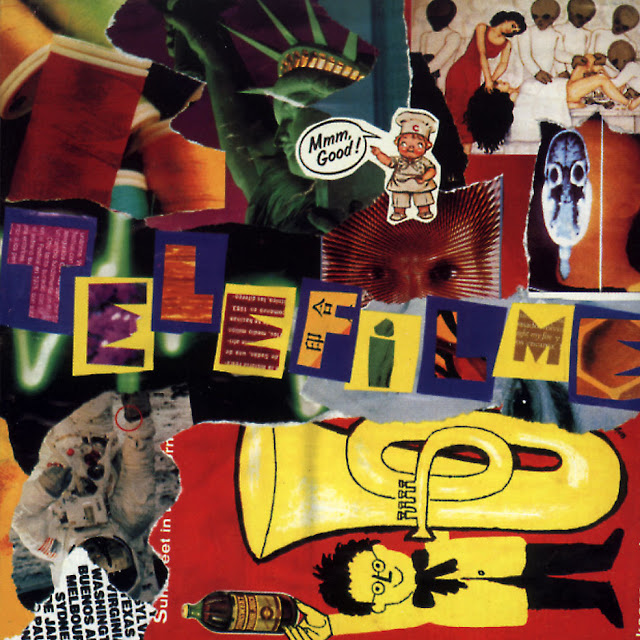 Electronic-tinged lo-fi Spanish indie rock, straight from the playlists of heaven. Light years ahead of their time and informed by new wave, synth pop, soft rock, and krautrock, Telefilme mastered an anxious, melancholic, but dreamy sound that hipsters young and old are still chasing after today. Perhaps most importantly, though, these are beautiful, inventive songs that would stay compelling even if reduced to their most basic components. 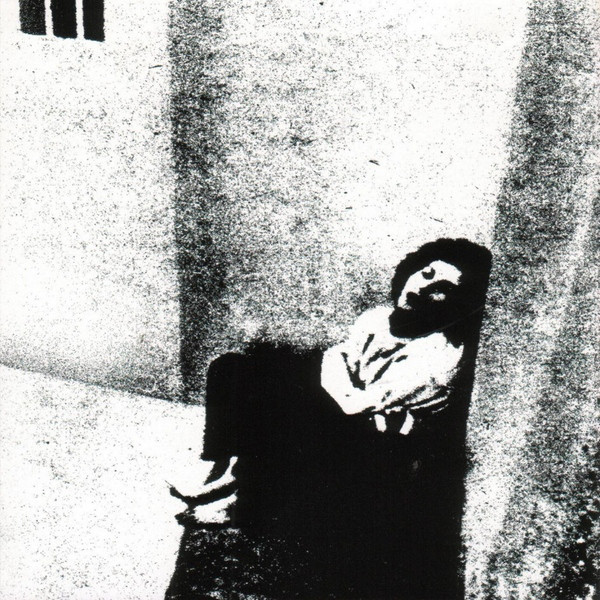 Sadness Will Prevail is the harshest, most ambitious TITD record by a comfortable margin. A two-disc masterpiece of punishing, metal-leaning noise rock and sludge, interspersed with disturbing sound experiments, and climaxing with a 20-plus-minute instrumental voyage into total paranoid psychosis titled "Never Answer the Phone". Not the most obscure selection, but I've had a particularly anxiety-ridden day and the only way out is through intensely negative music. 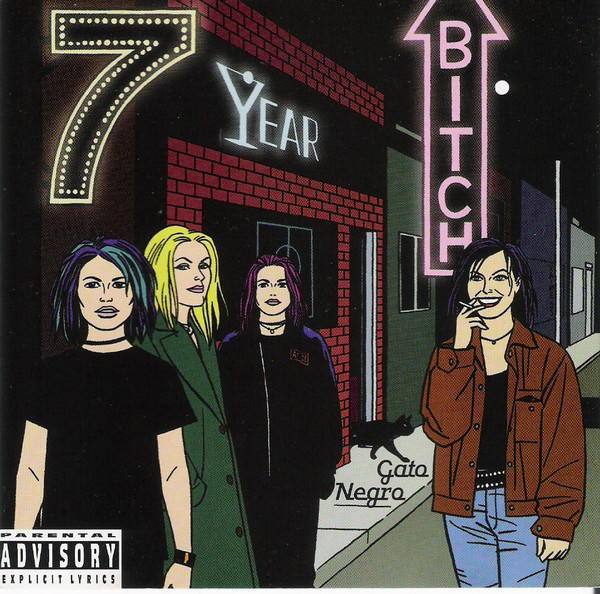 Second and final album from the perennially underrated 7 Year Bitch. I remember hearing that lots of fans were upset with them for signing with a major label (and possibly for that silly-ass album cover) when Gato Negro was released, but I was too young to give a shit, so I just heard dissonant, pissed-off music that sounded best when played really fucking loud. Just snagged a copy of the OG green vinyl, and I think I like it even more now than I used to, as my older, jaded, life-sapped ears now can fully appreciate the darker, sludgier parts, which I used to skip over.

She came down the staircase
Climbed into a dumpster
She grabbed an index card and she taped it to her forehead and it read
"Poor White Trash"
She grabbed a gun, put it to her heart and pulled the trigger
Now she's dead
It's just a thought 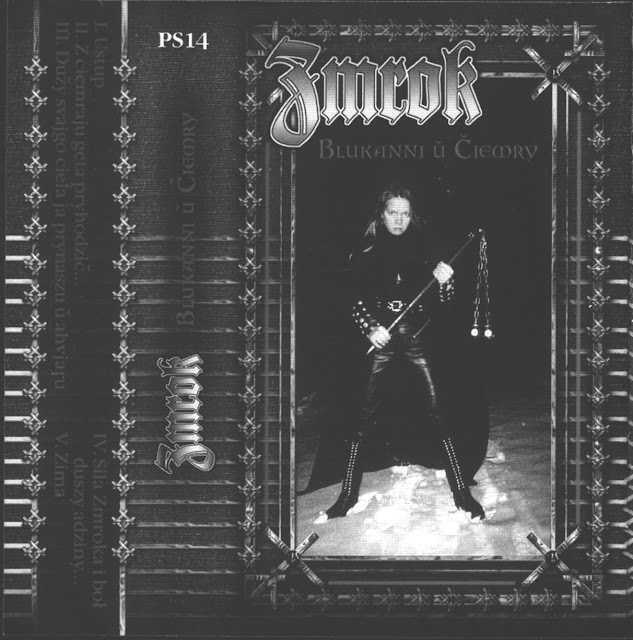 Belarusian raw black metal. Nonstop tremolo picking and blastbeats, with seething vocals that sit a bit too high in the mix, right where they belong. 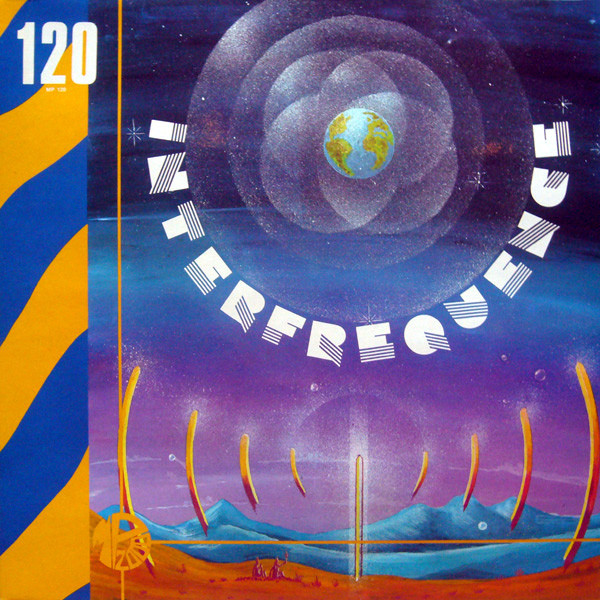 Abstract, psychedelic synth-based pieces from French composer Ariel Kalma. Some are pure synth, others are colored by cosmic saxophone, flute, and motorik rhythms. With 18 tracks, most of which are under 3 minutes long, Interfrequence plays like a series of snapshots from a strange and beautiful alien world. 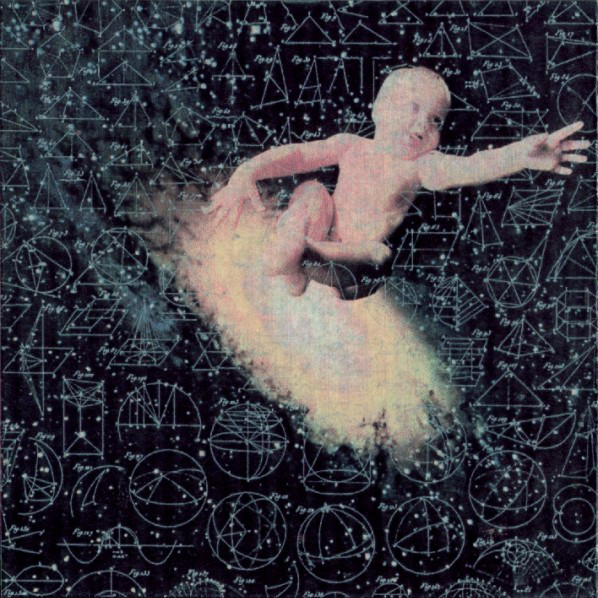 Hella tight, far-out psych/fusion. I don't really understand the deal with author (and noted non-musician) Yasutaka Tsutsui being credited with writing the "script" for the album, as it's all instrumental. Maybe it's the score for one of his plays? But I do know that it makes me feel like I'm floating around in outer space doing blow with aliens and dodging meteors.

In the mirror land 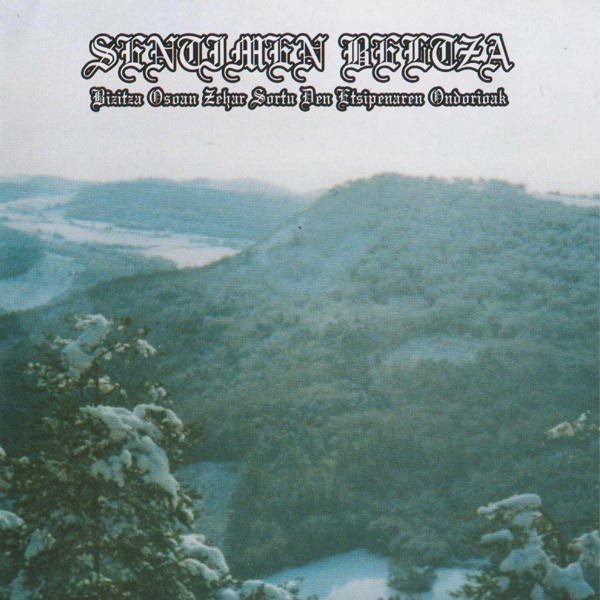 Ascension from the abyss