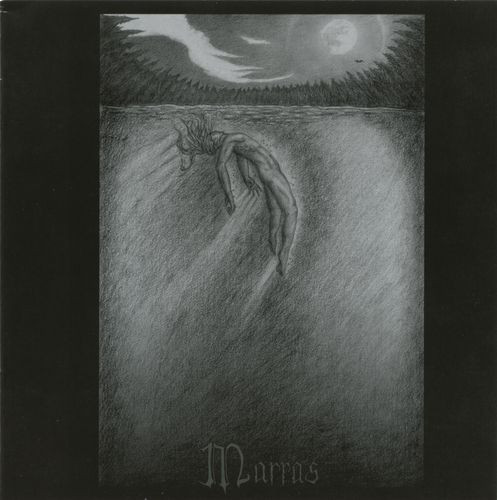 Finnish raw depressive black metal. Vast, cold, and without a hint of light. 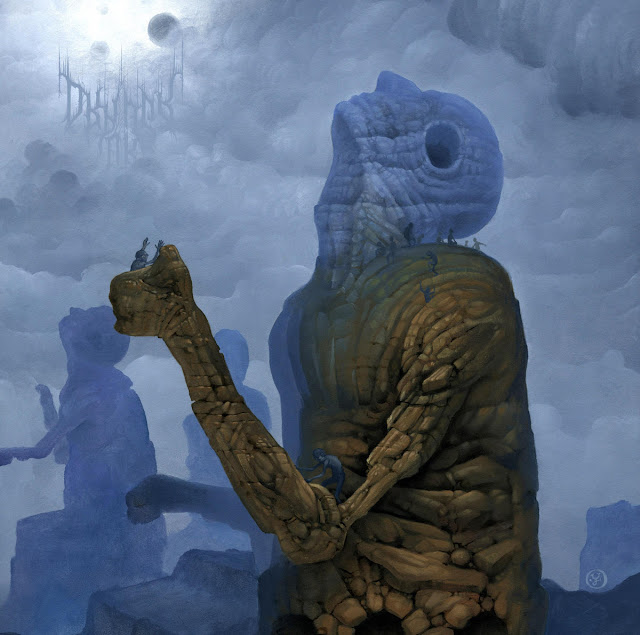 Bereft of love for your world
Born with hunger undying

Posted by DEAR_SPIRIT at 8:00 PM No comments: 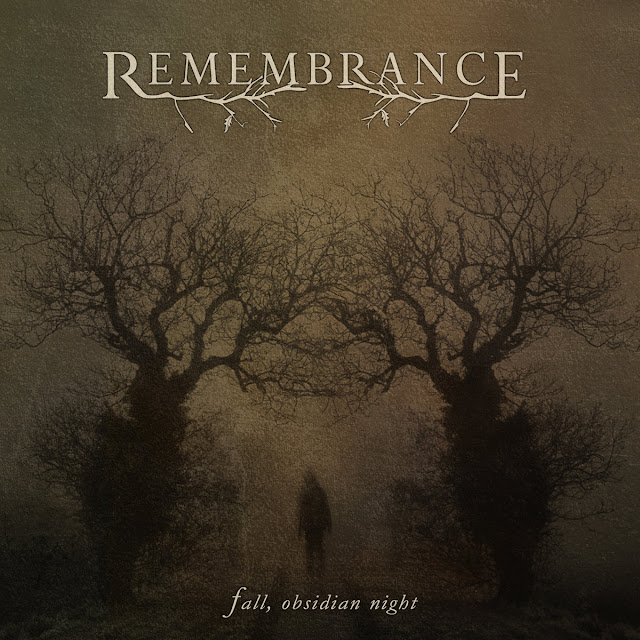 Beautifully sorrowful, keyboard-saturated French funeral doom. This was the Remembrance record that I actually wanted to post last time, but Frail Visions is harder to come by, so I felt a weird sense of responsibility to get it out there, despite Fall, Obsidian Night being the superior record in every way. 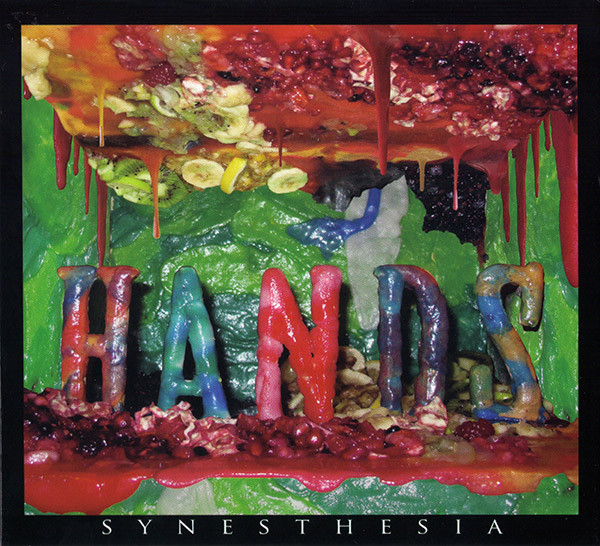 Idiosyncratically hook-y, aughts-style indie rock. Gauzy synths, chiming guitars, semi-yelpy vocals, and busy, colorfully layered arrangements. As I've said before (regarding a different style of music, but still): many, many bands play this style, but Hands are one of the few bands that use the sound as a conduit for cool, interesting songwriting.

If I know you

Posted by DEAR_SPIRIT at 3:39 PM No comments: 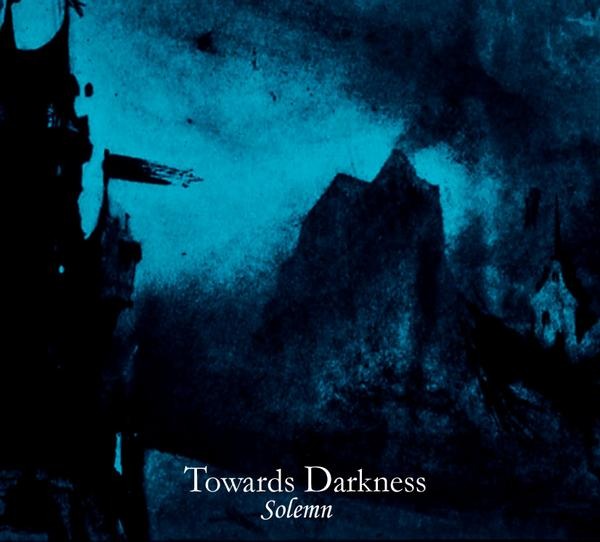 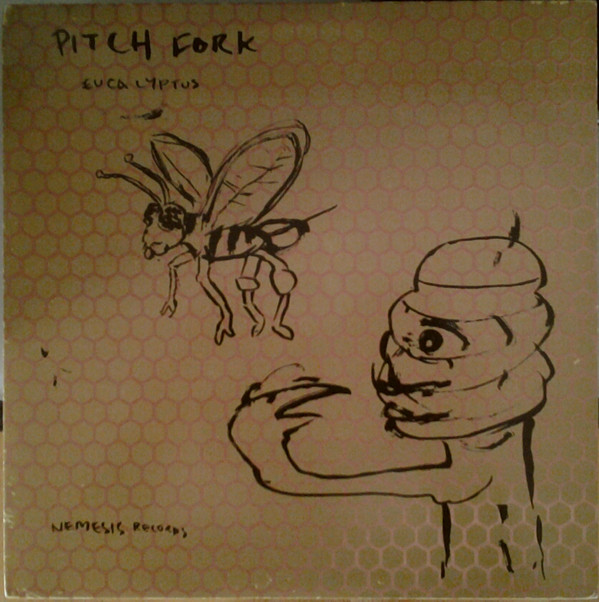 An oddly obscure piece of knotty, post-hardcore greatness courtesy of (Drive Like Jehu, Hot Snakes, and Rocket from the Crypt frontman) John Riese -- and the rest of the band, obviously. 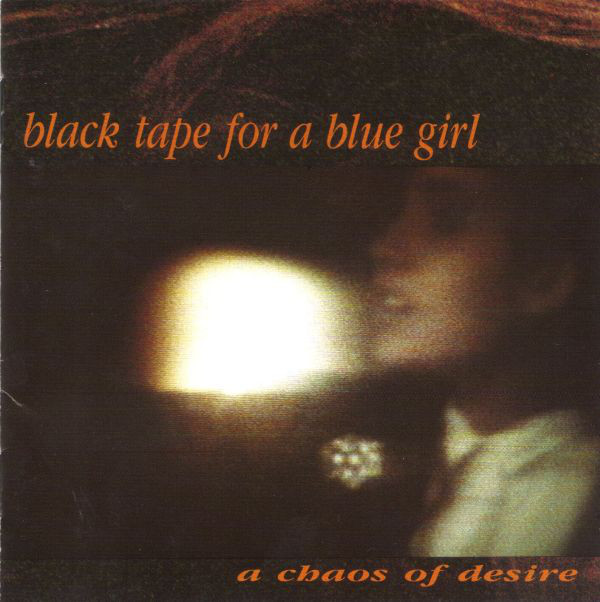 Ethereal darkwave. Lush swaths of interwoven, textured synths, mournful violins, and dramatic, at times theatrical vocals. Is your cheese-o-meter going to twitch? Sure. But, if I may, I'd encourage you to ease back on your need for disaffected coolness, and simply appreciate the purity of this band's dedication to their explorations of love, heartbreak, self-hate, and mortality. Plus, the synths are super rad.

Track listing:
1. These Fleeting Moments
2. A Chaos of Desire
3. Pandora's Box
4. Tear Love from My Mind
5. The Hypocrite Is Me
6. Beneath the Icy Floe
7. We Watch Our Sad-Eyed Angel Fall
8. One Last Breath
9. One of These Reminders
10. How Can You Forget Love?
11. Chains of Color
12. Could I Stay the Honest One?

Shine shattered lights into my eyes 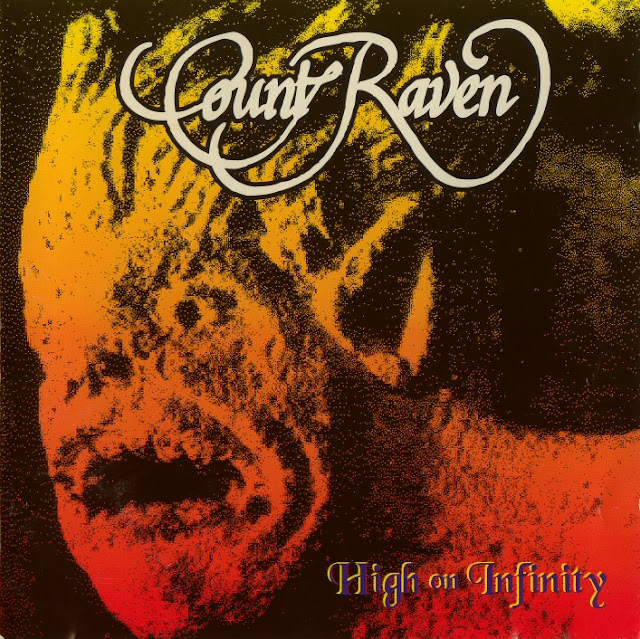 Drop out of society
Leave it all and follow me 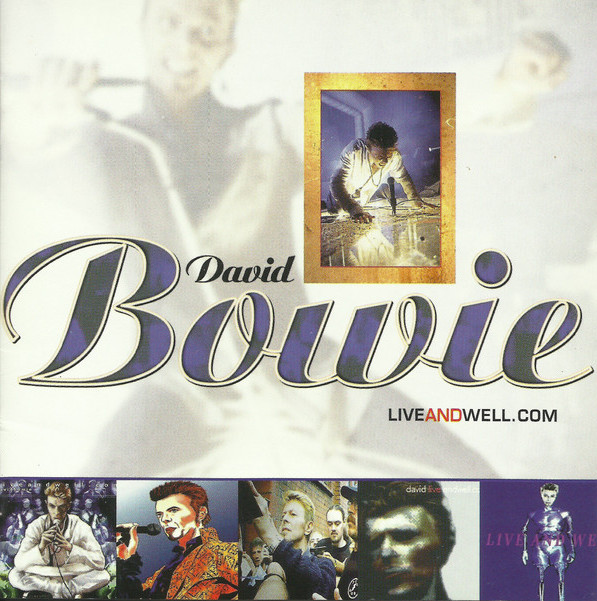 So David Bowie is my all-time favorite artist, bar-none. He to me represents all that is good about music. If I were to list my top 20 albums, it'd be pretty boring cause there'd be at least five Bowie records in there (Aladdin Sane, Station to Station, Low, "Heroes", and Blackstar.) He is the only celebrity whose death actually sent me into mourning. Like, I cried, listened to nothing but his music, and was bummed about it for literally months afterwards. During this time, I also became utterly obsessed with Blackstar, and annoyed everyone around me by listening to it and watching its associated music videos at every opportunity.

This is all to say that I am almost too familiar with his discography, so coming across a great Bowie record that I haven't already heard is pretty goddamn rare. But that's exactly what recently happened with Liveandwell.com, a live (duh) album, recorded in 1997, that was only ever made available to BowieNet subscribers. (There's a four-track bonus disc, too, but the live part's the focus for sure.)

Half of the tracks are from Earthling, the album for which he was touring at the time Liveandwell.com was recorded. And though Earthling's dated electro production make it one of my least favorite Bowie records (meaning that I just really like it, as opposed to loving it), the problem was never with the songs, and the full-band approach and live setting really help them out -- they're fleshier, jazzier, and just more fun.

The other five tracks are from 1. Outside, a labyrinthine concept album written and recorded with the aid of Brian Eno and released 22 years ago yesterday [EDIT: I meant to post this yesterday and that originally read "today" but I am dumb]. Misunderstood at the time of its release, the years have been quite kind to 1. Outside, as now most Bowie fans recognize it for the knotty masterpiece that it is, especially in light of its dark, jazz- and electro-heavy sound representing the only clear antecedent to Blackstar in Bowie's discography. Just don't ask me what the story's about. Something about a murder, a minotaur, "interest drugs," and someone named Judy? It's like Lost Highway -- the soundtrack to which, incidentally, included "I'm Deranged" -- the closer you get to understanding, the surer you become that you will never understand.

Welp, that's what happens when I start in on Bowie, I guess. I end up with the longest writeup I've ever done on here, for a 10-track live album. Hope it was worth it! Classic debut of harsh, noise-addled street punk from Chaos U.K. One of my all-time favorite punk records. I'm particularly fond of the dark, rhythm section-heavy "The End Is Nigh" and "Victimized". I also blame this LP for my pretending to like -- and subsequently drinking way too much -- Woodchuck cider, for about six months when I was 16. 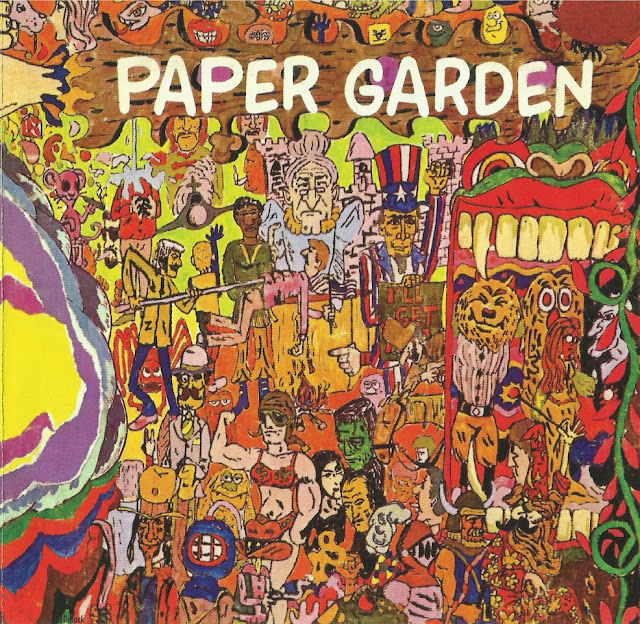 A first-rate lost gem of 60s psychedelia. Colorful and ornate -- at times to the point of cacophony -- but with tinges of darkness and paranoia lurking in the peripherals. What Sgt. Pepper's might have sounded like if The Beatles didn't have all that money and spent more time doing all the drugs that they were so fond of namedropping.

How I hate to go to bed 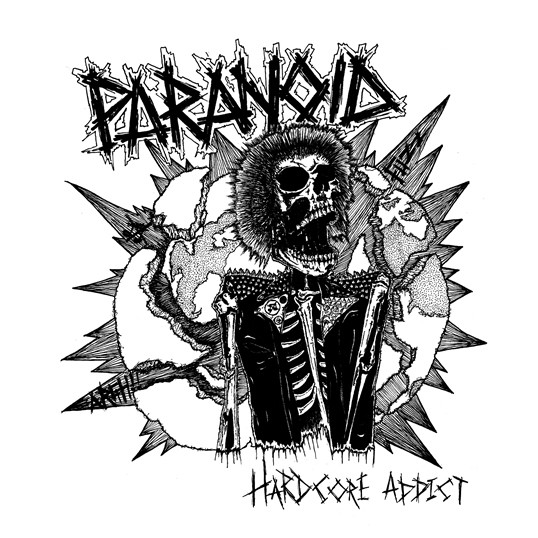 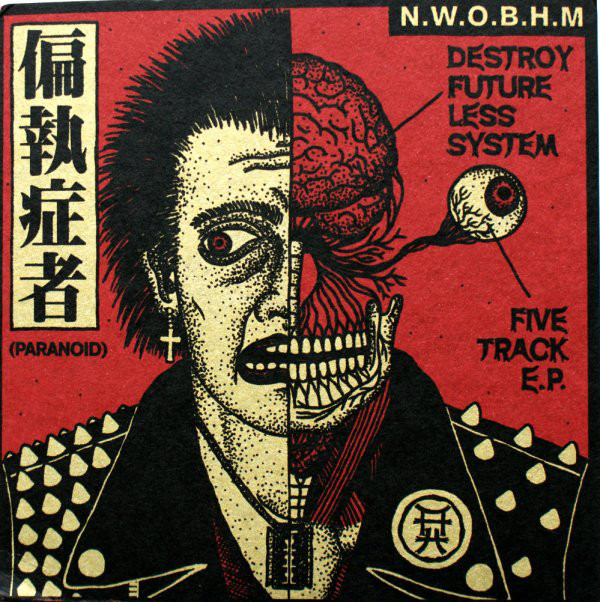 You would also dig: 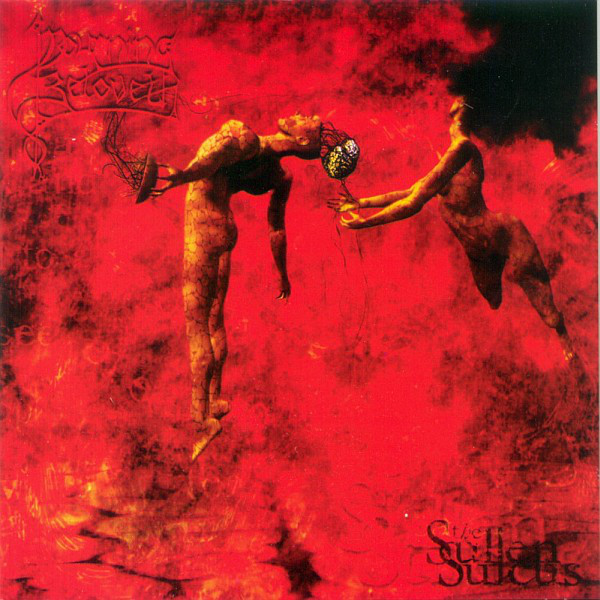 Irish doom royalty. Melodic and crushing -- emotionally and sonically -- with a trance-like pull that only grows stronger as the album progresses.

The knotted despair of a ravaged corpse 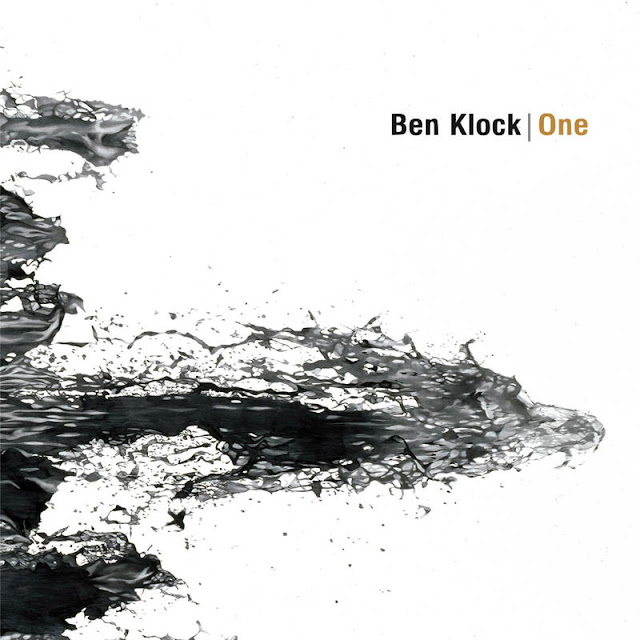 First-rate minimal techno by German producer Ben Klock. How do people dance to such anxious-sounding music? If I got my heart-rate up AND these aural anxiety attacks were blasting out of the speakers -- in a dark room full of other sweaty, gyrating people, no less -- I'd probably have a goddamn heart attack.

Posted by DEAR_SPIRIT at 5:57 PM No comments: 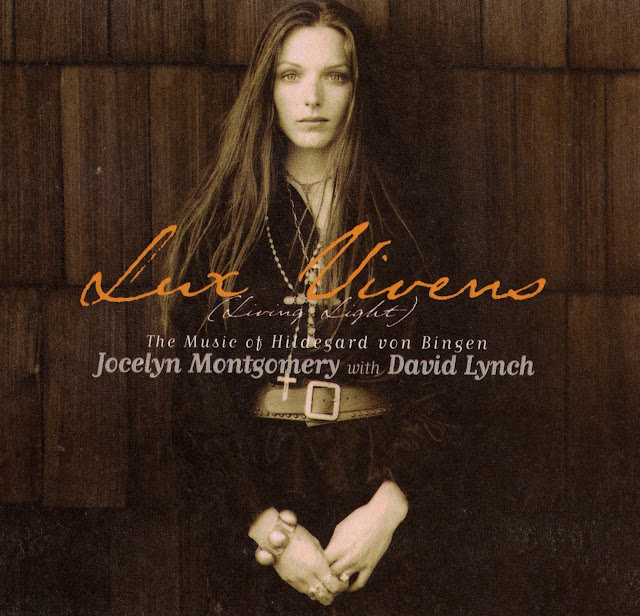 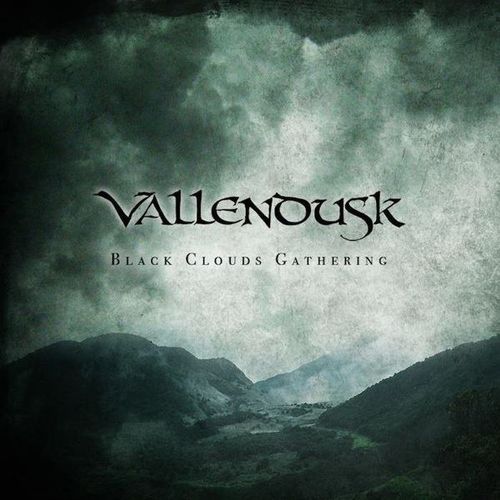 Indonesian atmospheric black metal with post-rock elements. Sorrowful, epic, and beautiful, but not too beautiful -- like, you're not gonna forget that you're listening to a black metal record.

Track listing:
1. Fragments of Light
2. To Wander and Beyond
3. Shades of Grey
4. Into the Mist
5. Among the Giants
6. Realms of the Elder
7. Land of the Lurking Twilight

Over moor and mountain, forest and land, soaring over
Vast expanses of nothingness, a solitary figure against the endless sky
Into the never-ending grasses that move like a thousand hands waving
We came in colors of every shade 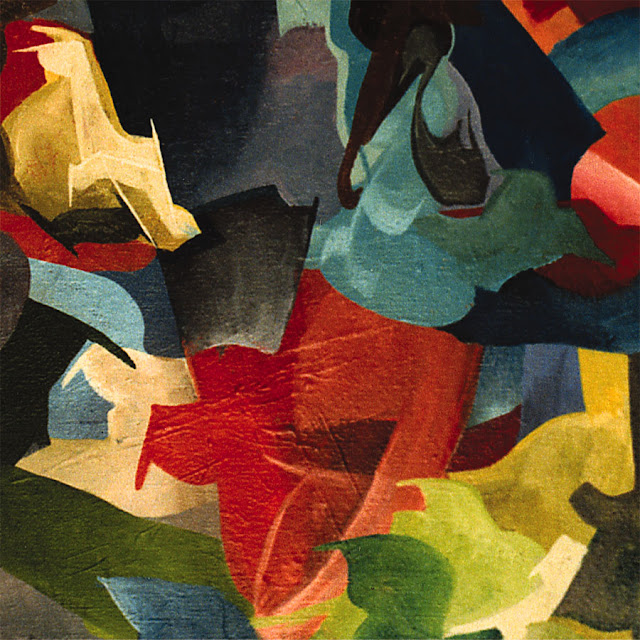 Essential 90s indie psych pop. A colorful, dizzying sound-journey through a world of Beatles/Beach Boys-style pop, as refracted through a kaleidoscope then recorded onto a four-track. In the Aeroplane Over the Sea aside, Black Foliage is the quintessential Elephant 6 record, and one of my all-time favorite albums.

In the blink of an eye, you get several meanings

You should also be listening to: