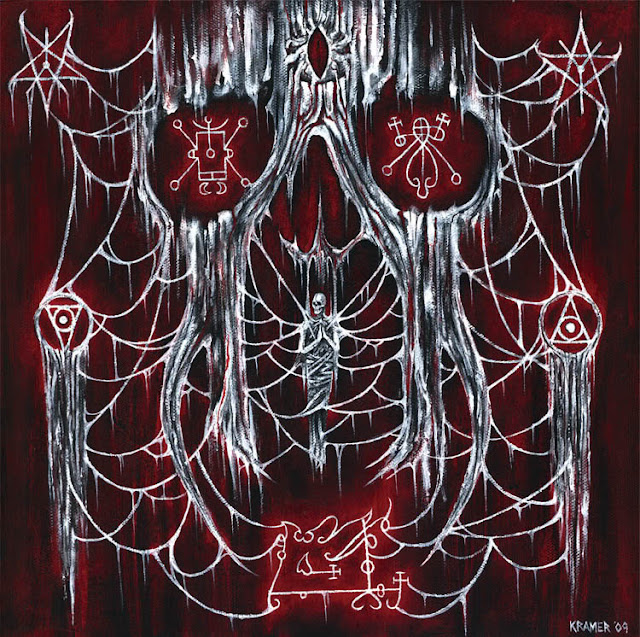 Hey, I'm back in Portland for the night, drunk, and unable to sleep. So how bout some sick-ass US death metal? Definitely one of the best records to come out of the wave of Incantation-worshipping bands that hit around this time.

Eyes cut from the skull of humanity 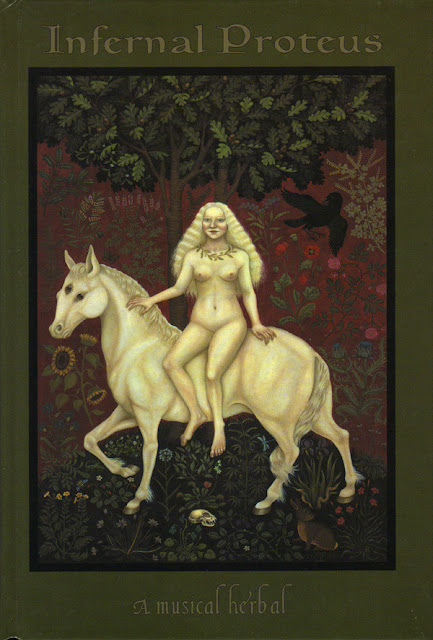 Your boy DEAR_SPIRIT is about to leave for a little over a week of touring with my band Rohit, so I'm gonna hit y'all with something special that should take a while to burn through. It's a phenomenal 4-disc compilation of songs by various darkwave, neoclassical, neofolk, and otherwise industrial-adjacent artists, each of which is meant to represent a different herb. What's that? Yes, marijuana is included -- Lotus Eaters are given the honor. Other artists include the rest of the above-linked, as well as Amber Asylum, RAIN, Troum, and a whole bunch more. Full track listing here. You're welcome. 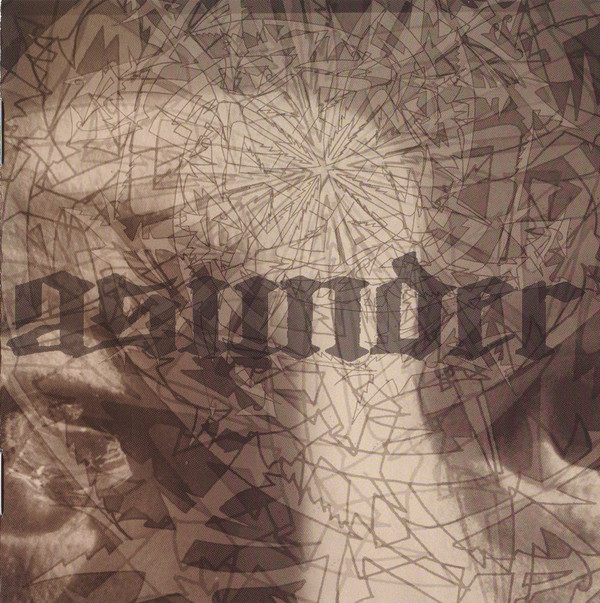 A killer split LP featuring the first recorded output from the mighty Asunder, as well as the only recorded material by Like Flies on Flesh. Though they'd go on to create some of the most majestic funeral doom in existence -- seriously, if you haven't heard A Clarion Call, get on it -- the songs on this split are pure, crusty death/doom of the highest order. The Like Flies on Flesh songs are a malleable kind of epic crust-metal, touching on black, death, doom, thrash, and more. Generally I don't like to declare 'winners' or 'losers' of splits, because it's not a goddamn contest, but... if it were a contest, Asunder would be the clear winner. 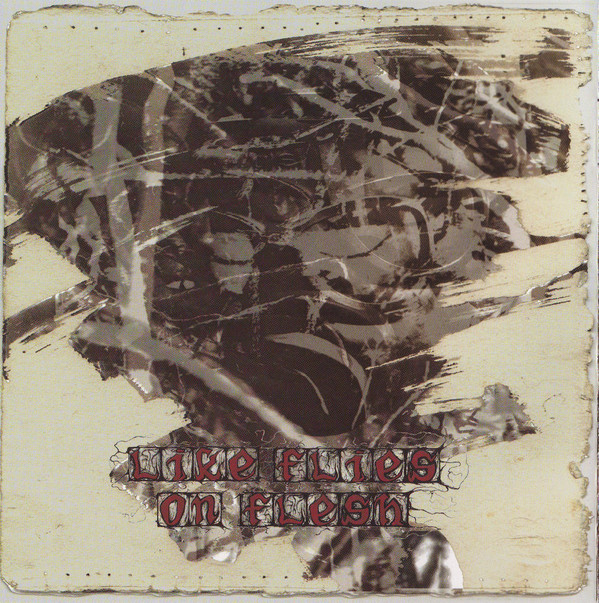 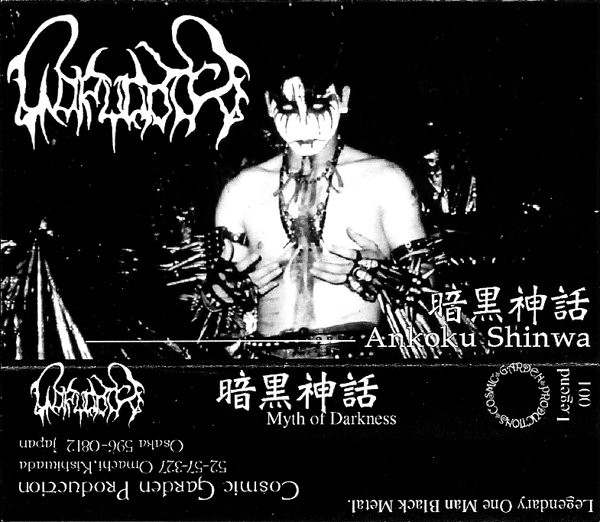 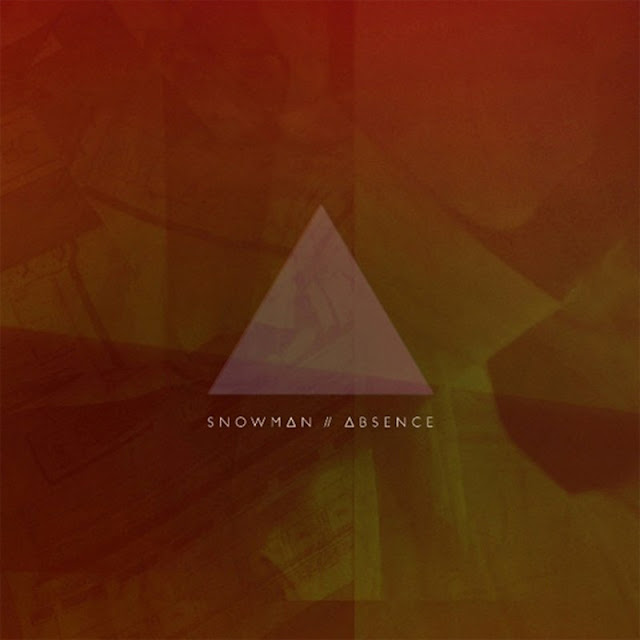 Absence is an awe-inspiring and completely singular record, planned and executed as this Australian band's swansong. A haunting, cinematic, mysterious sound-world of shimmering clean guitars, ghostly singing, thunderous percussion, and gauzy synths, with all of the heavy impact of metal, but none of the distortion or screaming. Highly recommended for anyone who likes dark music of any kind.

Remember, remember
To feed the hyena

Posted by DEAR_SPIRIT at 2:50 PM No comments: 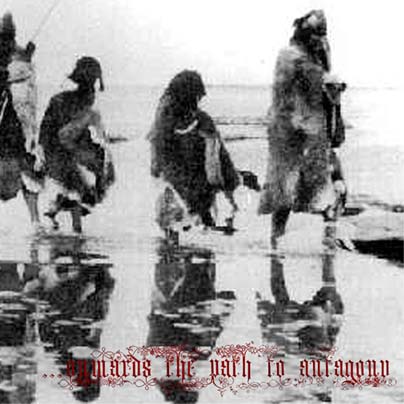 US black metal with strong folk elements. A homemade-sounding EP (it's a little over half an hour) of majestic, mostly instrumental, multi-part epics with some truly breathtaking guitar work. Obviously, a warm, fuzzy home recording is never gonna bother me, but I really think this guy could do a lot with a small budget and access to a recording studio.

Because the sunlight is powerless against me. My rivers and seas are frozen with Christian blood and my throne is the forest's heart. My blood is the serpent's poison. The wolves are that force which roams my kingdoms... the wolves, the wolves are my only now disciples. 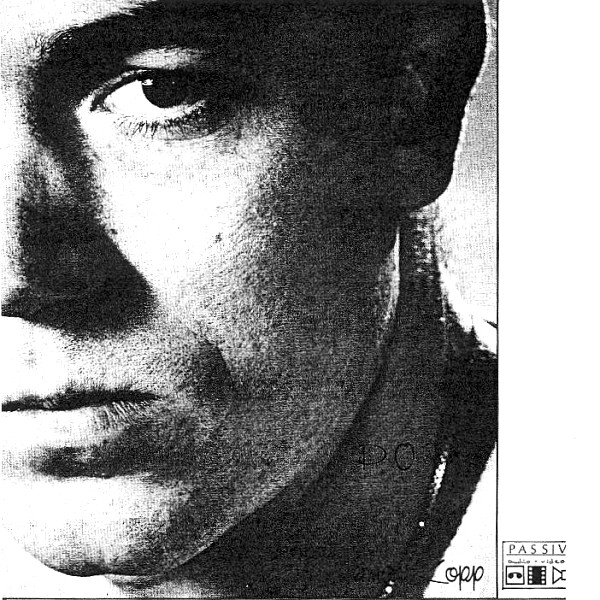 Drunk in the trunk 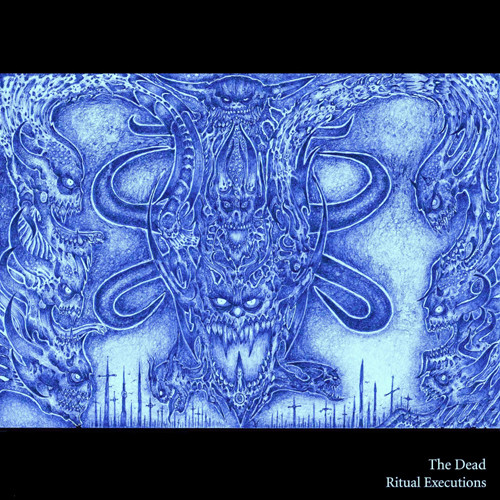 City-leveling Australian death/doom. Beastly, midpaced death infused with a gnarly stoner-sludge groove, and some of the most monstrous-sounding vocals you're likely to hear. It's a much more natural, seamless combination that one might expect, and it makes for a killer fucking record. 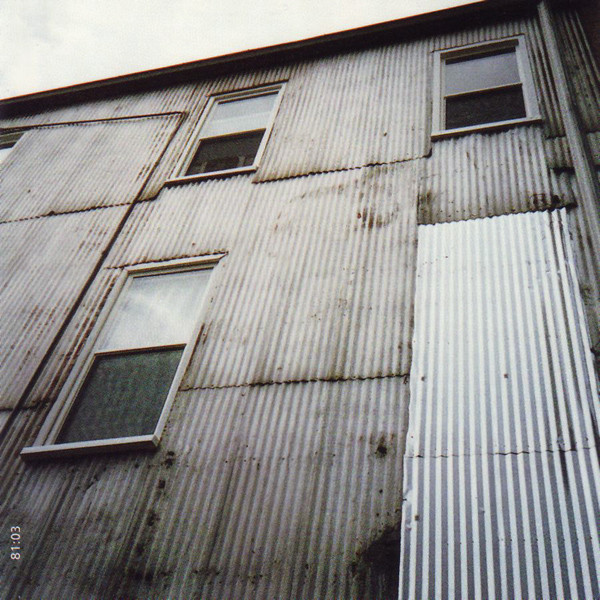 US indie rock. 81:03 is their only LP, and it's a glorious, two-disc journey based in dreamy but driving, Cure-like post-punk. There's a sheen of synth throughout that helps them to venture seamlessly from fully danceable territory into stretches of sprawling, shimmering post-rock and ambient trance. There wasn't much of a market for stuff like this in the late 90s, which might help to account for this record's relative obscurity, but someday, the world's gonna catch up with Antarctica, and 81:03 is gonna be talked about like the masterpiece that it is.

Where are we now?

Help Xathagorra Mlandroth (of Catacombs) get out of illness-related debt! 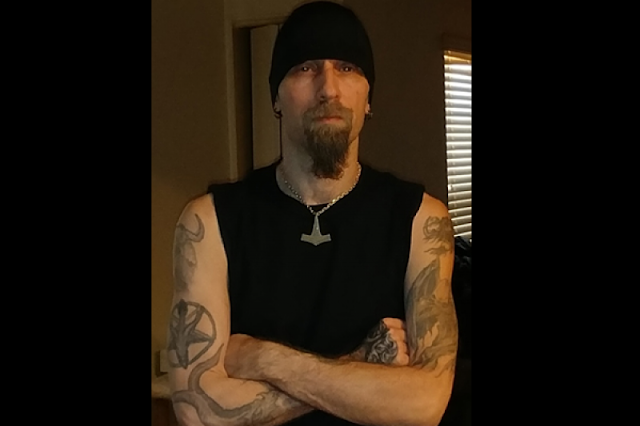 About two years ago, I posted In the Depths of R'lyeh by Catacombs, an album that I'd submit as one of the all-time great doom records. In my post, I kinda flippantly complained about how he'd never released a follow-up album, going so far as to (jokingly) ask how he can sleep at night. Ha. Ha. Ha.

Well, fuck me, it turns out that he has been suffering through a long, heartbreaking series of health issues -- including Lyme disease, work-related poisoning, and more -- that have prevented him from making music, working, or doing much of anything, from what is sounds like. And because America forces its most incapacitated, vulnerable citizens to fend for themselves, he's accrued a massive amount of debt. AND he just lost his disability. Fucking Christ.

So, I know I don't generally do stuff like this, but shit, I've been giving his album away, I should probably try to tell help him a little bit, right? I know that some of you have asked about ways that you could possibly repay me for my efforts -- some of you have even offered to donate money to me -- so please, anyone who's reading this: PLEASE consider heading over to his GoFundMe and donating whatever you can. A buck. Five bucks.

You can read more on his GoFundME page, or on this Facebook post. Let's help to make life a little less shitty for one the artists that we love.
Posted by DEAR_SPIRIT at 3:15 AM 5 comments: 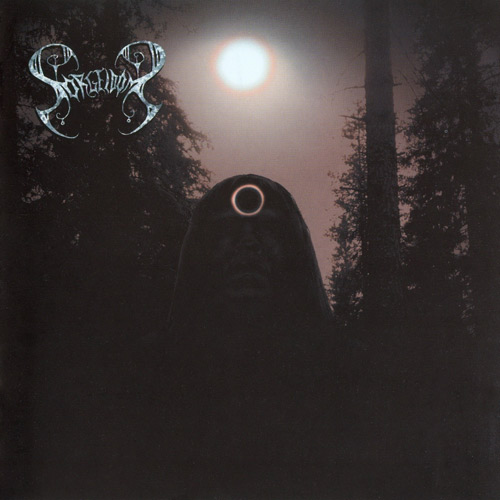 The womb of mysteries leaves riddles on the surface

Posted by DEAR_SPIRIT at 1:48 AM No comments: 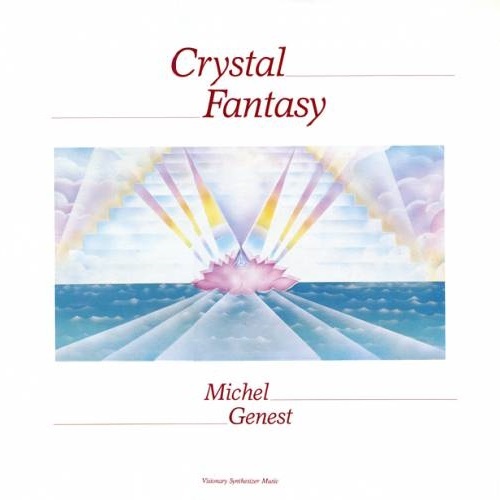 Heavenly new age synth. Evocative melodies and warm, shimmering chords that might help you forget, for just a little while at least, that the world is utter dogshit. 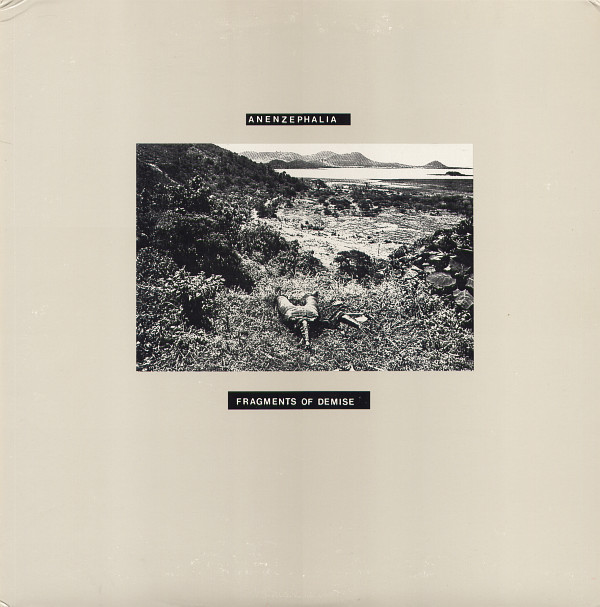 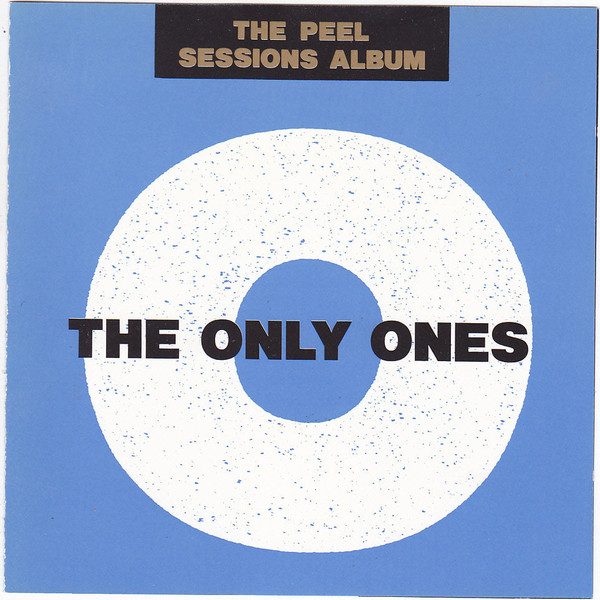 Previously on OPIUM HUM:
The Only Ones - Even Serpents Shine (1979)

Been meaning to post this ever since someone requested it in the comments section of my post on Even Serpents Shine. Includes newly recorded versions of singles and deep cuts from their uniformly excellent first three LPs, all colored by Peel's signature warm, unadorned production and the looseness and spontaneity that accompany all of the best live recordings. Has there ever been a better power pop band? 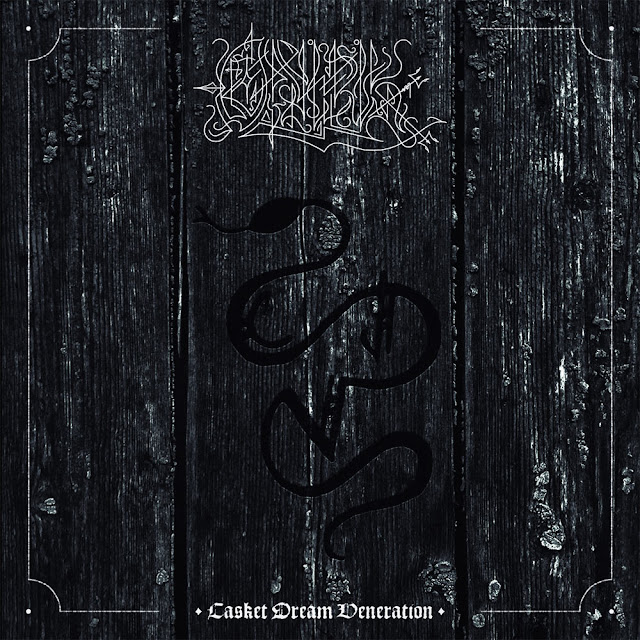 Previously on OPIUM HUM:
Onirik - Songs for the Apocalipse (2005)

The latest LP from one of Portugal's best. Casket Dream Veneration finds Onirik fleshing out their sound while honing in on some of their most compelling qualities, crafting a sequence of midtempo aural rituals marked by sickening, dissonant melodies, haunting clean vocals, and hypnotic compositional consistency.

Track listing:
1. Requiem for a Profane Liberation
2. Invocation & Defiance
3. Reverent to the Flames
4. Casket Dream Veneration
5. Ascension & Descent
6. I Am Him But He Is Not Me
7. Disputant by Enlightenment
8. Versos De Um Ritual

Illusions that melt within the clouds 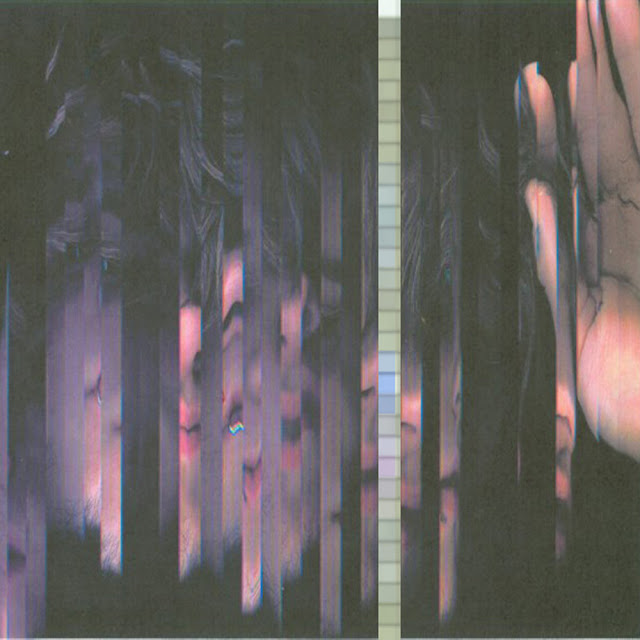 Woozy, narcotized dark ambient/drone by Chicagoan artist Roxanne Jean Polise. Creepy but oddly comforting -- like coming to surrounded by ghosts, only to realize that you're one of them. Free/name your price via the bandcamp of her previous band, Warmth.

Track listing:
1. Gently to the Cradle
2. We'll All Feel Better Soon
3. Stop Drugging Our Water and Let Us Sink Faster
4. I'm in the Medicine Cabinet 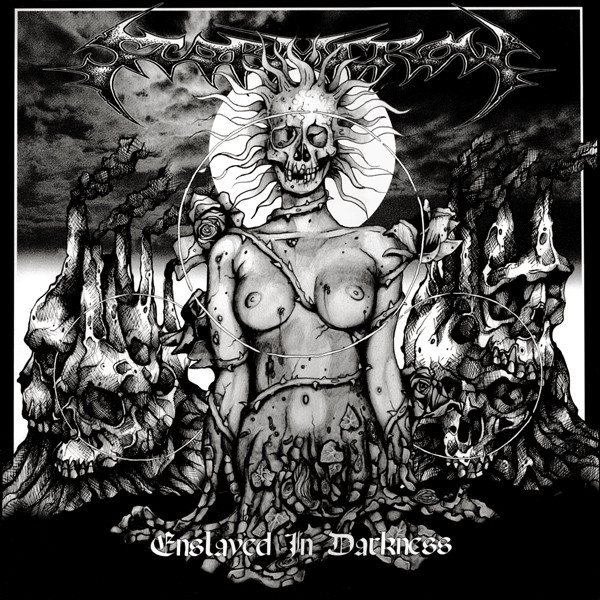 US metallic crust. One of the heaviest crust bands of all time, hands-down. Whole lotta Bolt Thrower influence here, but smellier.