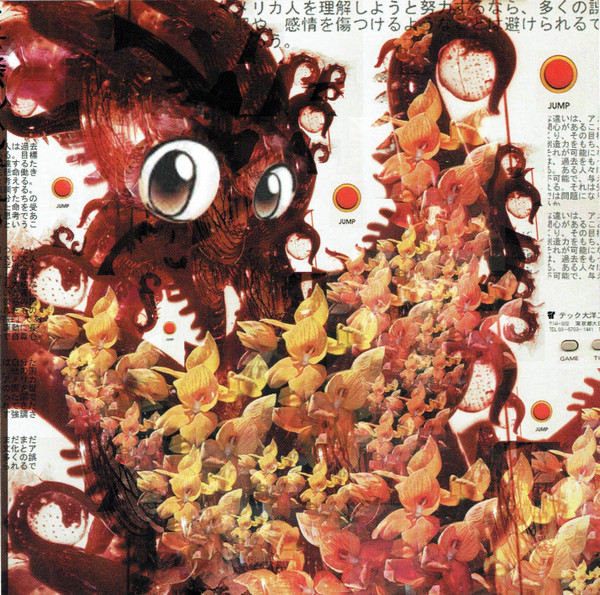 Chilled-out sounds released by the great Merck, a Florida-based label that put out tons of great shit over a relatively short run.  Pistachio Island = 45 vignettes of ambient, beat-driven IDM, along with the artist's encouragement to play it on shuffle. This conceptually playful approach feels like a relic of a bygone era of electronic music, but sonically, the record feels like an antecedent to the whole "chill lo-fi beats" thing, only in ADHD form.
I'm not typing all that out; find the track listing here.
Warm filaments
If you like this, listen to:
Gimmik - ?!Load-Error E.P. (1997)
Opiate - While You Were Sleeping (2002)
Posted by DEAR_SPIRIT at 11:05 AM 2 comments: 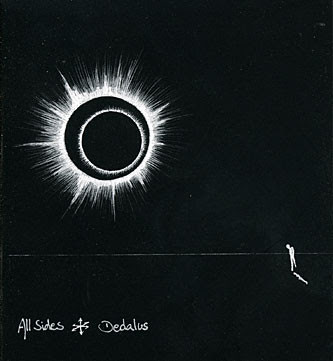 First album by All Sides, a moniker of German artist Nina Kernicke which she has since changed to Allseits. Dedalus evokes vast, dark spaces with minimal bass-lines, throbbing rhythms, and amorphous guitars.
Track listing:
1. The Idea
2. They Come by Night
3. Luv
4. Dedalus
5. The Unfinished End of H.W.
6. Mistake
7. Against the Sun
8. Runaway
9. Icarus
10. Into the Sea
11. Stay
Life is an optical illusion
If you like this, try:
The Third Eye Foundation - Semtex (1996)
Cyclobe - Luminous Darkness (1999)
Posted by DEAR_SPIRIT at 11:06 AM 4 comments: Dark, punishing Brazilian death metal. I kinda wrote Interitus off at first -- there was so much OSDM-worship coming out at the time, I think I was just burnt-out -- but upon revisiting, it kicks ass. Refreshingly, Escarnium weren't just aping Incantation. In fact, they're not really aping anyone in particular, although they are somewhere in the razor-sharp, subtly cerebral realm of Immolation.
Track listing:
1. The Horror
2. While the Furnace Burns
3. Starvation Death Process
4. Radioactive Doom
5. Omnis Mortuus Est - Inheritus
6. Macabre Rites
7. Genocide Ritual
8. The Gray Kingdon
9. 100 Days of Bloodbath
10. Human Waste
Piled up, entangled
In putrid human flesh
You'd probably also like:
Trauma - Imperfect Like a God (2003)
Inverted - The Age of Harvest (2015)
Posted by DEAR_SPIRIT at 3:20 PM 4 comments: 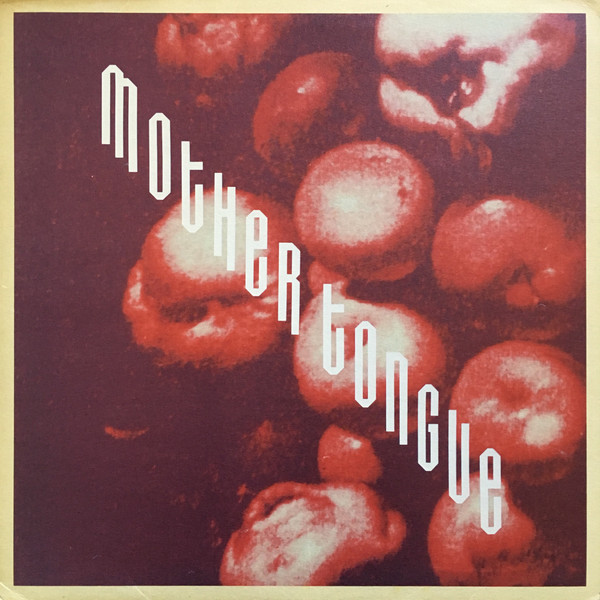 A one-off collaboration between Andrew McKenzie (The Hafler Trio), influential experimental/industrial musician Z'EV, and poet/writer Dorothea Franck. Side A is an 18-minute mass of droning, textural musique concrète; Side B incorporates percussion and Franck's voice into the mix.
Track listing:
1. Geelgalayah
2. Who
3. Wind Carved My Face
4. Lying in the Desert
5. The Humble Man
6. Heart
This is not enough
You should also hear:
Ron Geesin - Right Through (1977)
Zero Kama - The Secret Eye of L.A.Y.L.A.H. (1984)
Posted by DEAR_SPIRIT at 1:07 PM No comments: 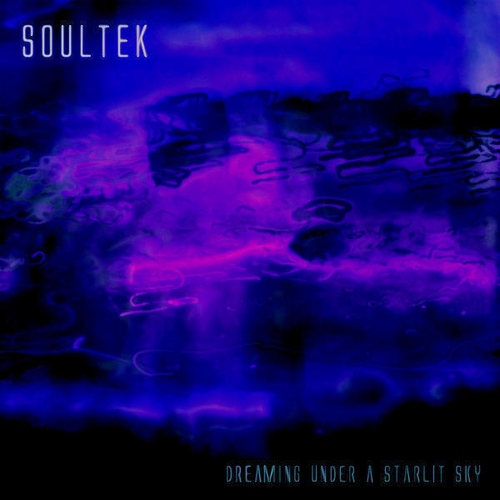 Related:
Intrusion - The Seduction of Silence (2009)
More immersive dub techno from another one of Chicago producer Steven Hitchell's many aliases. A hypnotic trip through a nocturnal world of echoing, soft-focus synths and pulsing, punchy beats. Once in a while, a harsher element might attempt to break through, but it quickly disperses like rain on a window.
Track listing:
1. Dreaming Under a Starlit Sky
2. Forever Feeling
3. Elektricity
4. Lighter Path
5. Clouds Overhead
6. Lost in Love
7. World of Dreams
8. Glacial Blue
Soul twist
Also listen to:
Ro70 - Ro70 (1995)
Onur Özer ‎- Kaşmir (2007)
Posted by DEAR_SPIRIT at 10:35 AM No comments: 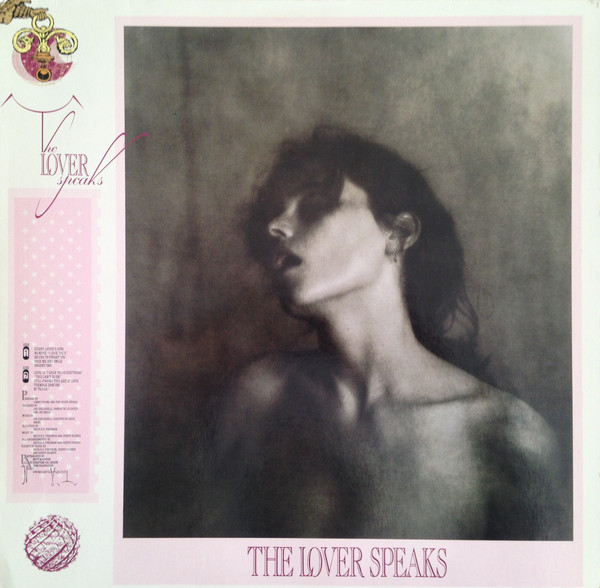 Excellent, sophisticated pop rock/new wave from this short-lived English duo. The Lover Speaks were clearly aiming for the fences with their self-titled debut, and artistically, their efforts paid off -- it's what I want Spandau Ballet to be -- but the album's commercial impact was pretty much nil, and the band broke up while recording their second album. Given that they received their first industry boost by Dave Stewart of Eurythmics, it tracks that The Lover Speaks are best remembered for Annie Lennox's cover of their single, "No More 'I Love You's", which I'm pretty sure most people (in America, anyway) don't realize is a cover.
It's worth noting that, while The Lover Speaks had only two official members -- vocalist David Freeman and everything-else-ist Joseph Hughes -- The Lover Speaks was undeniably a group effort. Most significantly, there's vocalist June Miles-Kingston, whose ethereal, Elizabeth Fraser-esque singing is so prominently featured in every song that it's truly awkward that she wasn't billed as an official member.
Track listing:
1. Every Lover's Sign
2. No More "I Love You's"
3. Never to Forget You
4. Face Me and Smile
5. Absent One
6. Love Is: "I Gave You Everything"
7. "This Can't Go On"
8. Still Faking This Art of Love
9. Tremble Dancing
10. Of Tears
The language is leaving me
You'd also like:
Orchestral Manoeuvres in the Dark - The Pacific Age (1986)
The Dolphin Brothers - Catch the Fall (1987)
Posted by DEAR_SPIRIT at 12:15 PM 3 comments: 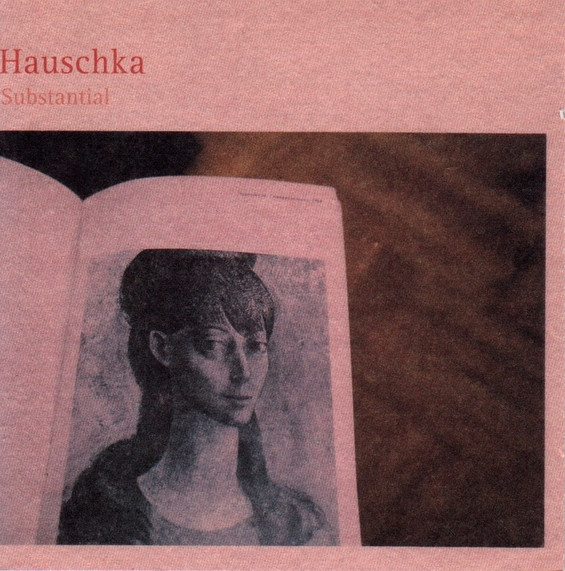 First album by Hauschka, a pseudonym of German pianist/composer Volker Bertelmann. Breathtaking, minimal piano pieces with the lightest touches of layering -- a field recording here, an electronic texture here, a synth here, a second piano there. Substantial really taps into a deeply melancholic place in my psyche. Like, as far as my conscious brain is concerned, I'm good, but as soon as this record starts playing, I'm contemplating all the different paths my life could have taken, missing friends from high school who I haven't thought of in years, and mulling over all the sweet things that I should say to my loved ones but just can't ever seem to. Not sure that this is coming off like a ringing endorsement of this record, but it's supposed to be.
Track listing:
1. Orange I
2. Vielleicht
3. Golden
4. Dark I
5. Sequence I
6. Fragile
7. Wait
8. Sequence II
9. Cardiff
10. Dark II
11. Orange II
Left with a trace of all that was
You should also hear:
Bing and Ruth - Bing and Ruth (2006)
Clogs - Lantern (2006)
Posted by DEAR_SPIRIT at 9:56 AM 3 comments: 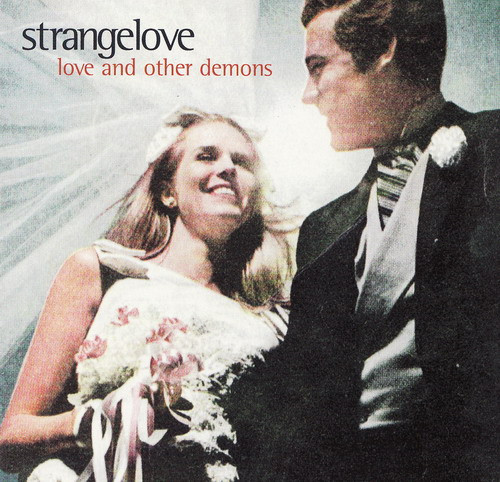 A relatively unsung gem from the Britpop era. Love and Other Demons kicks off with the gnarled, discordant guitar squall of "Living with the Human Machines", before settling on a noire, string-laden sound to accompany the album's themes of addiction and alienation. If that description reminds you of Suede, it should: Strangelove opened for Suede on their Dog Man Star tour, and Brett Anderson sings backing vocals on a couple of tracks here. They also opened for Manic Street Preachers just before Richey Edwards' disappearance, and for Radiohead on one of their first major tours. So clearly, they were in rarified Britrock company, and they had the tunes to back up the hype, but vocalist Patrick Duff chose wellness over rock stardom -- he'd been struggling with serious addiction and mental health issues -- and ended the band shortly after their next album came out.
Track listing:
1. Living with the Human Machines
2. Beautiful Alone
3. Sway
4. 20th Century Cold
5. She's Everywhere
6. #1432
7. Casualties
8. Spiders and Flies
9. Elin's Photograph
10. The Sea of Black
A futureless peep show
You should also hear:
The Auteurs - Now I'm a Cowboy (1994)
The Tears - Here Come the Tears (2005)
Posted by DEAR_SPIRIT at 9:22 AM 1 comment: 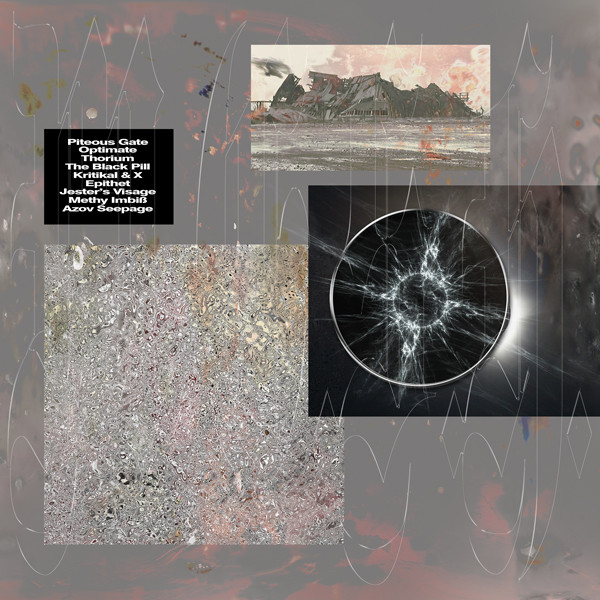 Dystopian first LP by M.E.S.H., the main project of Berlin-based producer James Whipple. Much of Piteous Gate is spent in an uncomfortable stillness -- harsh, atonal hits reverberating into a web of heavily processed signals, synths, and digital landfill. When an actual beat does enter the mix, it invariably trips over itself, reboots, contorts, and never quite finds its place. Oneohtrix Point Never fans, on the other hand, should feel right at home.
Track listing:
1. Piteous Gate
2. Optimate
3. Thorium
4. The Black Pill
5. Kritikal & X
6. Epithet
7. Jester's Visage
8. Methy Imbiß
9. Azov Seepage
Nothing created without the seed
Nothing destroyed without the meat
You should also listen to:
Tigersmilk - Android Love Cry (2007)
Erik Levander - Kondens (2008)
Posted by DEAR_SPIRIT at 9:21 AM 1 comment: 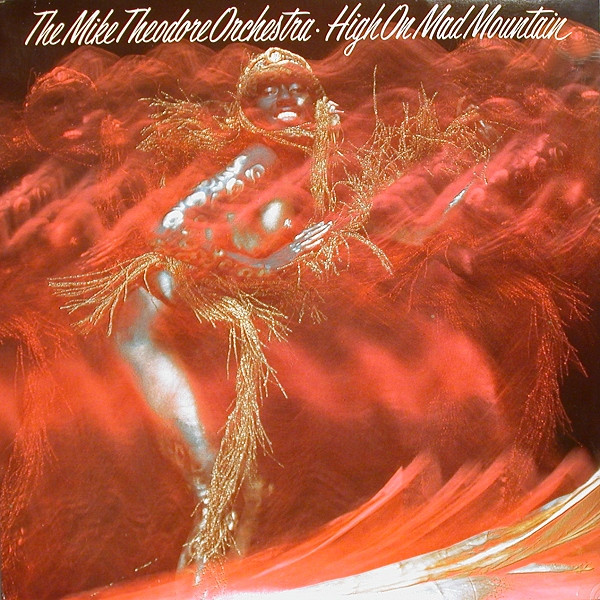 Unrelenting, funky, immaculately crafted disco from Detroit producer and frequent Dennis Coffey collaborator Mike Theodore. Unlike so many "The (Blank) Orchestra" disco acts, The Mike Theodore Orchestra was, effectively, an actual orchestra -- on Discogs, 66 people, most of them musicians, are credited for working on High on Mad Mountain, including 7 (seven) separate percussionists. Also unlike so many would-be disco epics, these four extended tracks actually earn their sweeping scope through perfectly executed builds, deceptively intricate arrangements, weirdness, and sheer groove.
Track listing:
1. High on Mad Mountain
2. Wonder Man
3. Disco People
4. Dragons of Midnight
Backside, frontside, do your boogie
If you like this, listen to:
The Andrea True Connection - More, More, More (1976)
France Joli - France Joli (1979)
Posted by DEAR_SPIRIT at 9:08 AM 2 comments: