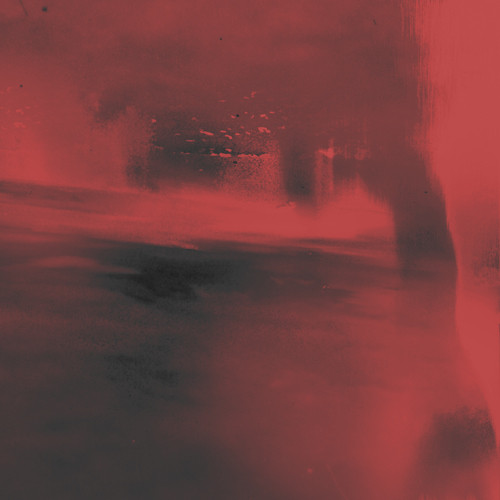 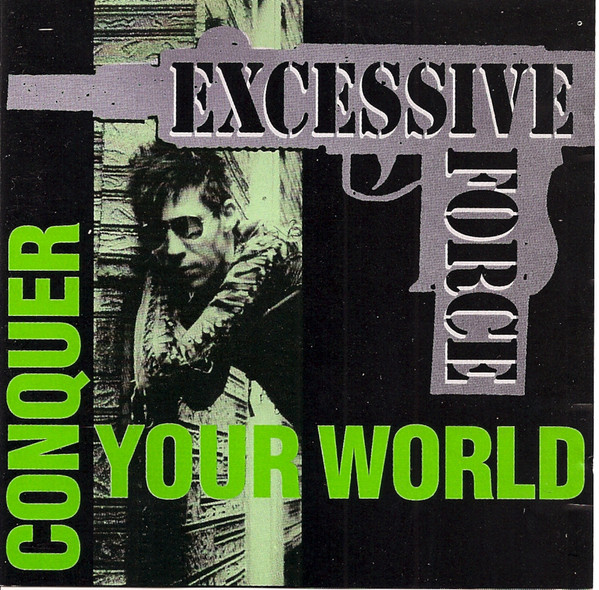 Rock-tinged industrial-dance from Buzz McCoy (My Life with the Thrill Kill Kult) and Sascha Konietzko (KMFDM). Truly sounds like a cross between the two projects. Like everything early-KMFDM-related, Conquer Your World sounds gloriously dated and makes me want to smoke cigarettes and drink vodka-Fruitopias on a playground somewhere in suburbia.
Track listing:
1. Conquer Your House II
2. Conquer Your World
3. Blow Your House Down
4. To Death II
5. Ride the Bomb
6. We Like War
7. Worship Me
8. Finger on the Trigger
9. Conquer Your House III
Rip the system
Similar vibes:
Noise Unit - Response Frequency (1990)
Bile - Suckpump (1994)
Posted by DEAR_SPIRIT at 1:02 PM 4 comments: 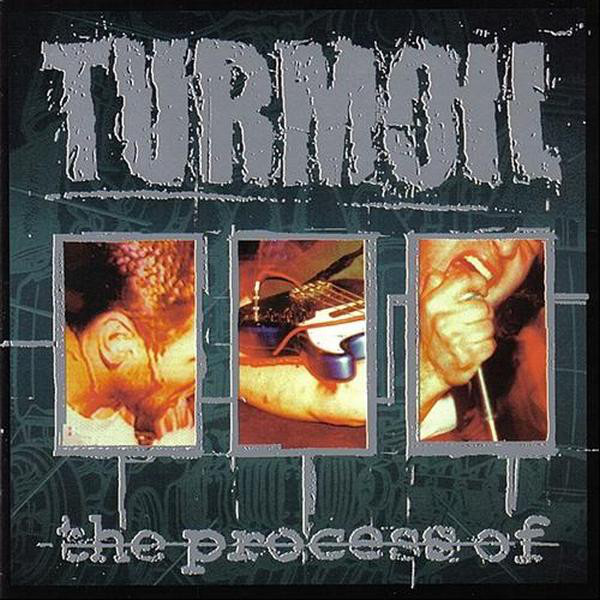 Philly metallic hardcore. Tough and super-pissed, and with big bonehead mosh energy (BBME) but enough dissonance and compositional chops to convey something deeper than "I am very mad." If you're wondering whether or not there's a chugga-chugga breakdown over which the vocalist lists things that he absolutely WILL NOT do: you fuckin' know there is.
Track listing:
1. Playing Dead
2. The Discipline of Self Loathing
3. The Locust
4. Killing Today for a Better Tomorrow
5. Impending Doom Theory
6. Dear Jon
7. Let It Die
8. Fear of Falling Down
9. Ever Man My Enemy
10. Six Demon Bag
11. Staring Back
12. Throwing Stones
I've yet to see
This war you wage
Follower
More great hardcore from the same year:
Breach - Venom (1999)
Buried Alive - The Death of Your Perfect World (1999)
Posted by DEAR_SPIRIT at 3:09 PM 3 comments: 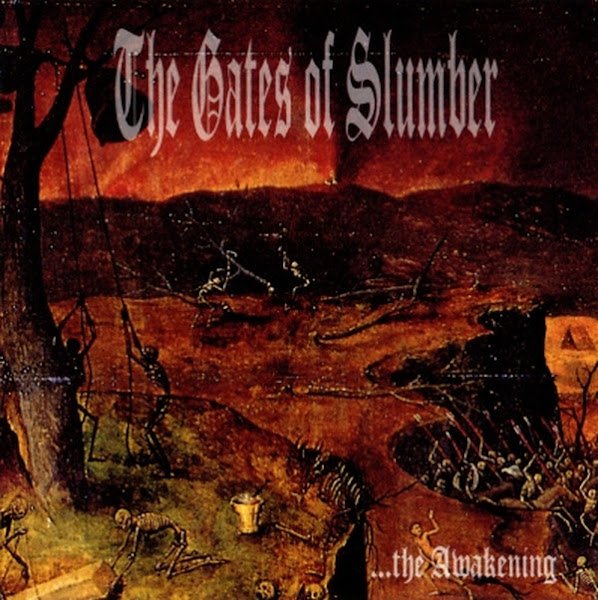 First full-length by this US doom power trio. Thick guitar tones, gruff singing, and droning, sludgy songs with the kind of dual guitar solos that tend, at least for me, to conjure images of classic Sabbath. But make no mistake: this is Saint Vitus worship, straight up. Not that there's anything wrong with that.
Track listing:
1. Resurrection from the Underworld
2. The Awakening (Interpolating the Wrath of the Undead)
3. The Judge
4. The Jury
5. Broken on the Wheel
6. The Executioner
7. Blessed Pathway to the Celestial Kingdom
8. The Burial
9. The Cloaked Figure [bonus]
Take his head
He will know the law
You should also hear:
Count Raven - High on Infinity (1993)
Forsaken - Evermore (1997)
Posted by DEAR_SPIRIT at 5:06 PM 1 comment: 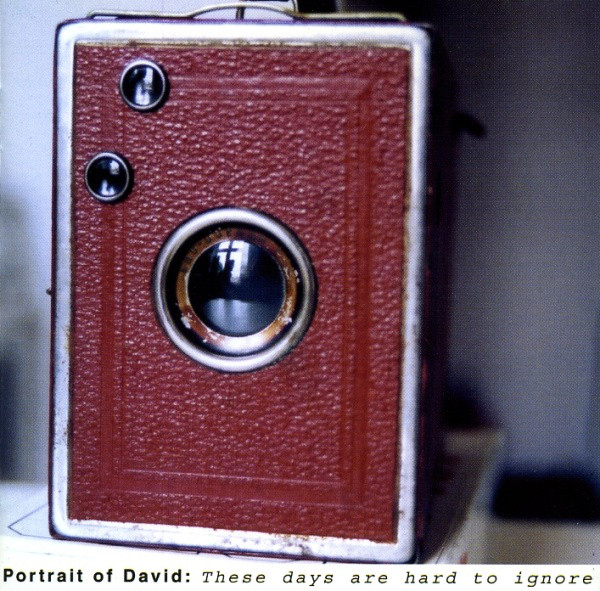 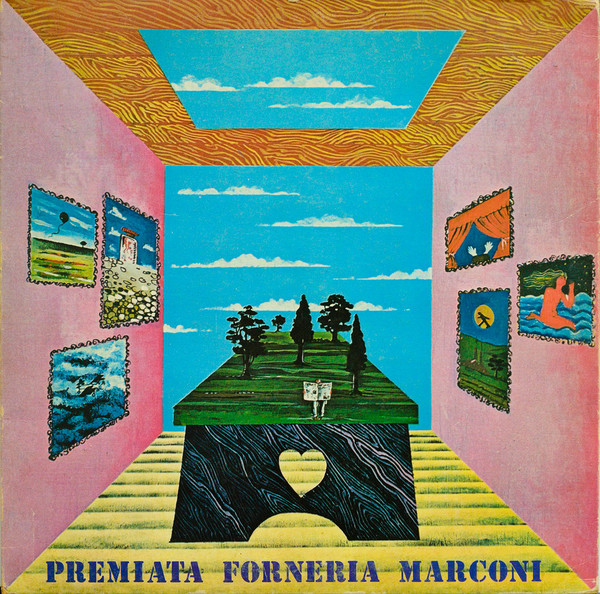 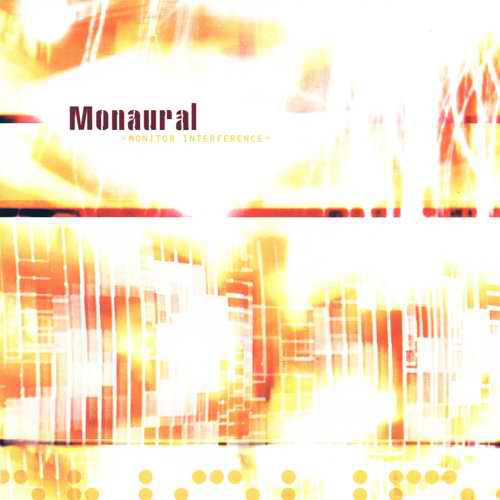 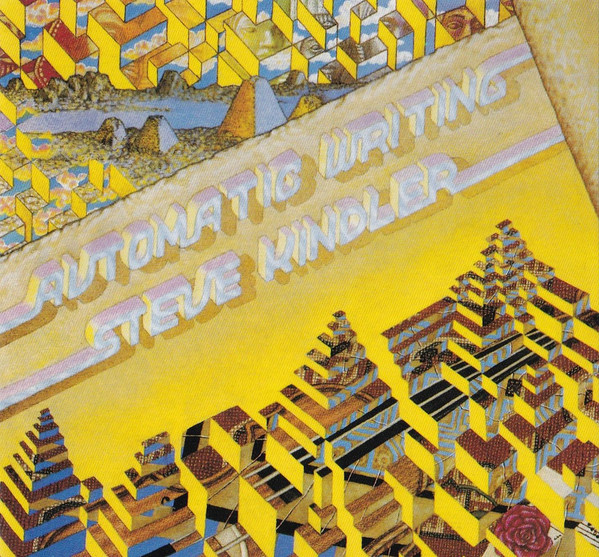 Glimmering new age bliss from American violinist/composer/multi-instrumentalist Steve Kindler. Synths, layered violins, guitars, autoharp, and various forms of percussion form a warm, bright sound that occasionally approaches fusion.
Track listing:
1. Invocation
2. Back Country
3. Something from the Heart
4. For You...
5. Dawn in Varanasi
6. Sometime Ago
7. Automatic Writing
8. Song of the Seabird
Caught up in the rapture
Similar listening:
Latitude - Latitude (1986)
Michael Shrieve & Steve Roach - The Leaving Time (1988)
Posted by DEAR_SPIRIT at 9:06 AM 5 comments: 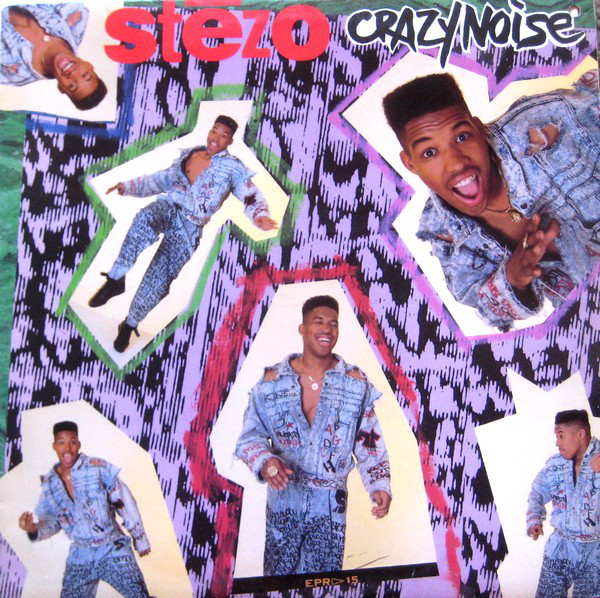 Old-school hip-hop straight outta New Haven, Connecticut. A former EPMD dancer, Stezo's flows are perfectly enjoyable, slightly above-par old-school fare -- "I'm the man with the plan to make you stand / Get up and clap your hands" kinda stuff -- but his beats were seriously ahead of their time. His aesthetic, not so much.
Track listing:
1. Bring the Horns
2. Freak the Funk
3. Talking Sense
4. It's My Turn
5. Getting Paid
6. Girl Trouble
7. To the Max
8. Put Your Body into It
9. Jimmy's Gettin' Funky
10. Crazy Noise
11. Get's into His Move
12. Going for Mine
Droppin' beats on you like playin' Cee-lo
Similar listening:
Overweight Pooch - Female Preacher (1991)
Justin Warfield - My Field Trip to Planet 9 (1993)
Posted by DEAR_SPIRIT at 1:33 PM 2 comments: 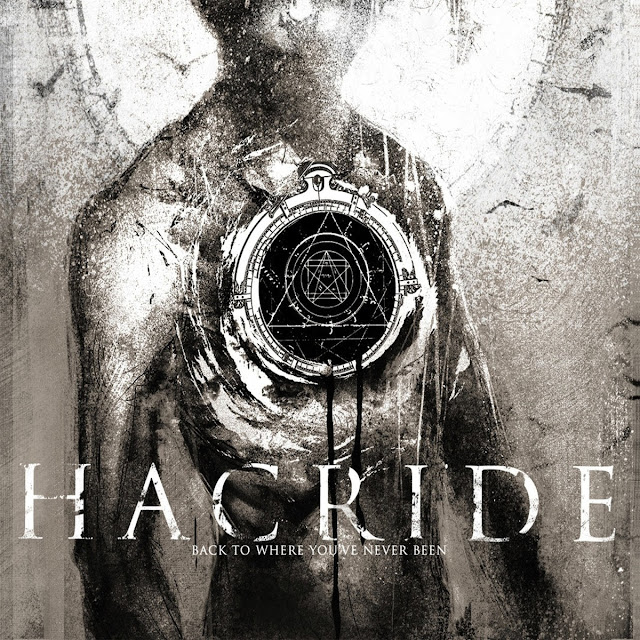 French prog metal. Crushing, dynamic, immersive sounds that take from djent, progressive death, post-metal, and neo-prog. Featured on this blog's first best-of-the-year list, which, despite its clunky formatting, holds up surprisingly well as a representation of my favorite records from that year.
Track listing:
1. Introversion
2. Strive Ever to More
3. Synesthesia
4. Overcome
5. Edification of the Fall
6. To Numb the Pain
7. Ghosts of the Modern World
8. Requiem for a Lullaby
Become who you are meant to be before you turn into dust
You should also hear:
The End - Elementary (2007)
Riverside - Anno Domini High Definition (2009)
Posted by DEAR_SPIRIT at 3:02 PM No comments: 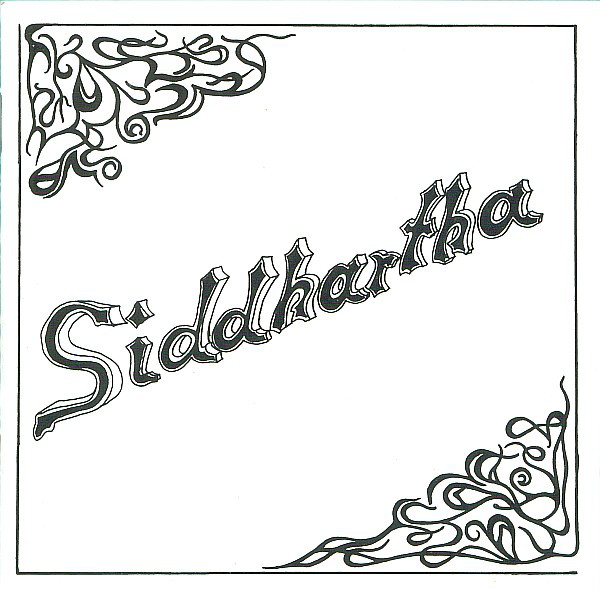 German psych greatness. Dextrous, anxious guitar interplay, organ, violin, and occasional male and female vocals. Each song constantly changes motifs, or stutters briefly only to pick back up again, as if the band is grasping for a stable reality that never quite materializes. Too bad it's their only record.
Track listing:
1. Looking into Past
2. Tanz im Schnee
3. Times of Delight
4. Weit Weg
5. Gift of the Fool
I wandered lonely as a cloud
Further listening:
Affinity - Affinity (1970)
Paternoster - Paternoster (1972)
Posted by DEAR_SPIRIT at 2:17 PM No comments: 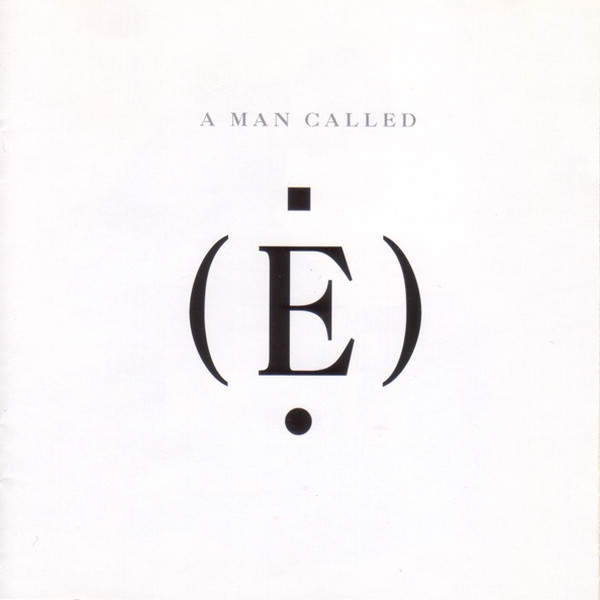 The music of Mark Oliver Everett -- aka E, best known as the only permanent member of Eels -- has remained more or less unchanged for about three decades now. Sure, he has singer-songwriter mode (his default setting), weirdo pop mode, 'rock' mode (NOT GOOD), and even Shrek mode, but it's all splitting hairs around the same mopey, lovesick smart-ass. The only thing that's really changed about his music has been its quality, which has taken a significant downturn over the past 15 years or so.
His debut album, A Man Called E finds him in full-blown pop-rock singer-songwriter mode, and it's often more effortless, thoughtful, and mature -- not to mention concise -- than anything he'd put out as Eels. Due to having first heard them as a stoned sadsack teenager, I'll always have a very special place in my heart for Beautiful Freak and Electro-Shock Blues, but as a content but anxious adult, A Man Called E is my favorite thing dude's ever done.
Track listing:
1. Hello Cruel World
2. Fitting In with the Misfits
3. Are You & Me Gonna Happen
4. Looking Out the Window with a Blue Hat On
5. Nowheresville
6. Symphony for Toy Piano in G Minor
7. Mockingbird Franklin
8. I've Been Kicked Around
9. Pray
10. E's Tune
11. You'll Be the Scarecrow
Bad and beautiful and strange
Monkeys dancing in a cage
Also listen to:
The Beautiful South - Welcome to the Beautiful South (1989)
Sparklehorse - The Black Sessions (2006)
Posted by DEAR_SPIRIT at 12:19 PM 4 comments: 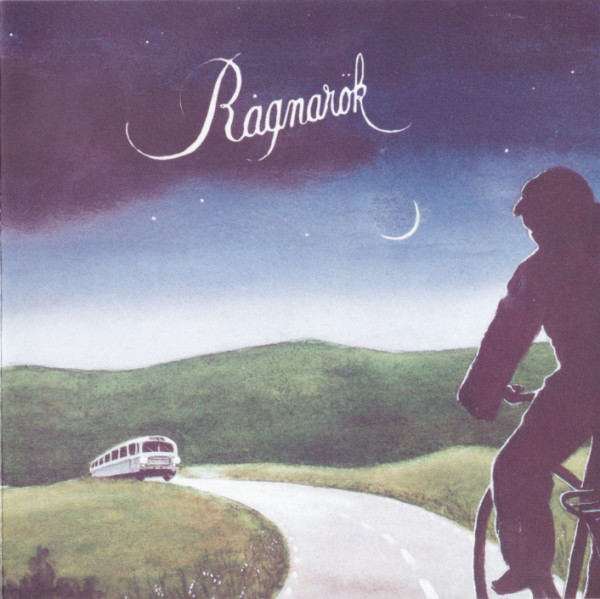 Laid-back Swedish prog. Folk- and jazz-infused, subtly expansive instrumentals for gazing at the stars, or -- if you, like me, live in an area where there's too much light/actual pollution to really see anything up there aside from a gray haze -- pretending that you're gazing at the stars.
Track listing:
1. Farväl Köpenhamn
2. Promenader
3. Nybakat Bröd
4. Dagarnas Skum
5. Polska Från Kalmar
6. Fabriksfunky
7. Tatanga Mani
8. Fjottot
9. Stiltje-Uppbrott
10. Vattenpussar
Reflection from the star world above
You'd probably also enjoy:
Sergius Golowin - Lord Krishna Von Goloka (1973)
Franco Leprino - Integrati... Disintegrati (1977)
Posted by DEAR_SPIRIT at 10:05 AM 2 comments: 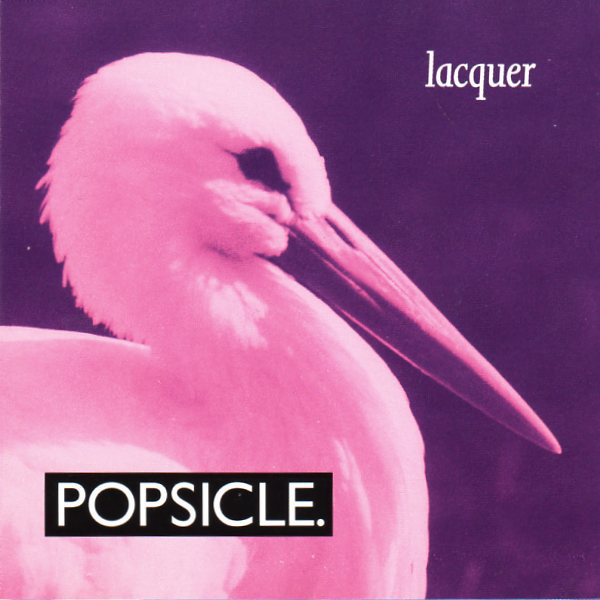 Swedish power pop of the 90s alt-rock variety. Short, punchy songs enlivened by elements of noise pop and shoegaze. Popsicle would have sounded right at home ripping through a set on the rooftop of Empire Records. 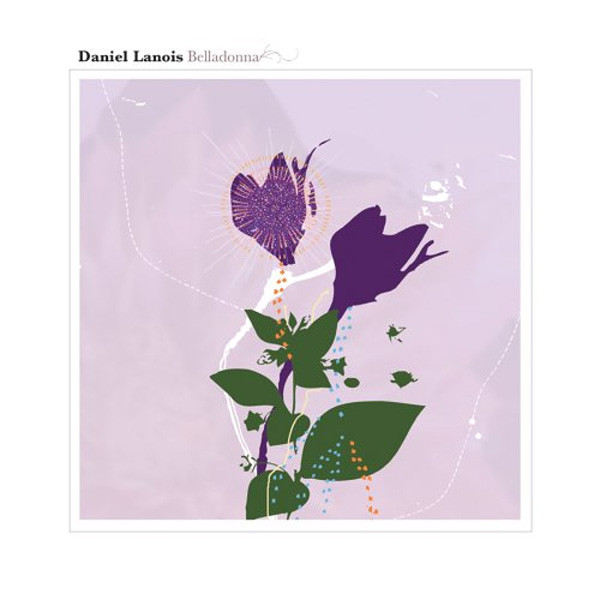 Haunting ambient instrumentals from Daniel Lanois, who, despite having released a number of solid-to-excellent ambient and singer-songwriter records, is best known for his work as a producer for massive artists like Bob Dylan, U2, and Neil Young. Mysterious, nocturnal, somewhat cinematic pieces for a wide array of instruments. Another record that I first discovered while searching the Pitchfork archives for their worst reviewed records (I know that musical taste is subjective, but goddamn can they get it wrong sometimes.)
Track listing:
1. Two Worlds
2. Sketches
3. Oaxaca
4. Agave
5. Telco
6. Desert Rose
7. Carla
8. The Deadly Nightshade
9. Dusty
10. Frozen
11. Panorama
12. Flametop Green
13. Todos Santos
You could almost touch heaven right there in front of you
Similar listening:
Vangelis - L'Apocalypse des Animaux (1973)
Andy Partridge & Harold Budd - Through the Hill (1994)
Posted by DEAR_SPIRIT at 4:10 PM 3 comments: 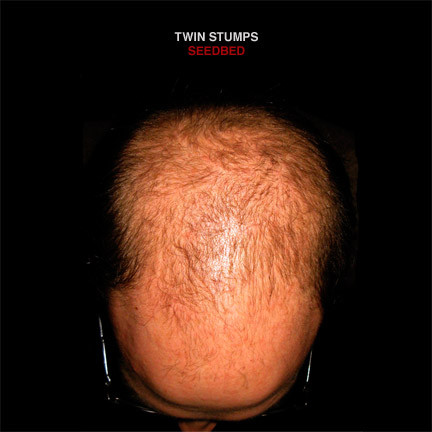 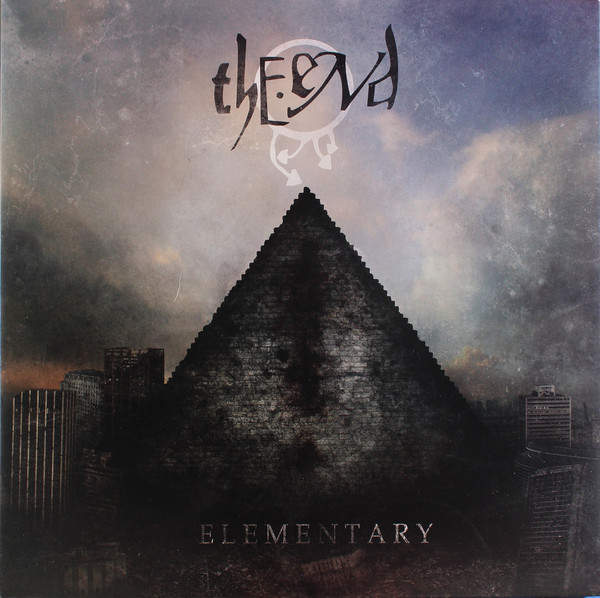 Previously on OPIUM HUM:
The End - Transfer Trachea Reverberations from Point: False Omniscient (2001)
Years before Tesseract, Periphery, and their legions of disciples were fusing heady, math-y heaviness with dark, melodic alt metal, there was Elementary. It kinda sounds like if hardcore-Cave In and alt-Cave In made a record together. Unfortunately, fans of The End never stopped pining for the Calculating Infinity-worship of their debut EP, and they never really found a new audience to replace the old one. Thus, both of the band's excellent Relapse albums were largely either ignored or hated on, and they broke up shortly after the second one (Elementary) was released. Frowny-face.
Track listing:
1. Dangerous
2. The Never Ever Aftermath
3. Animals
4. The Moth and I
5. Throwing Stones
6. My Abyss
7. Awake?
8. A Fell Wind
9. In Distress
10. And Always...
When it seems like all you're made to do is suffer
You'll be pleased to know that miracles do occur
Also listen to:
Eryn Non Dae - Hydra Lernaïa (2009)
The Contortionist - Intrinsic (2012)
Posted by DEAR_SPIRIT at 4:51 PM 5 comments:

A Canorous Quintet - Silence of the World Beyond (1996) 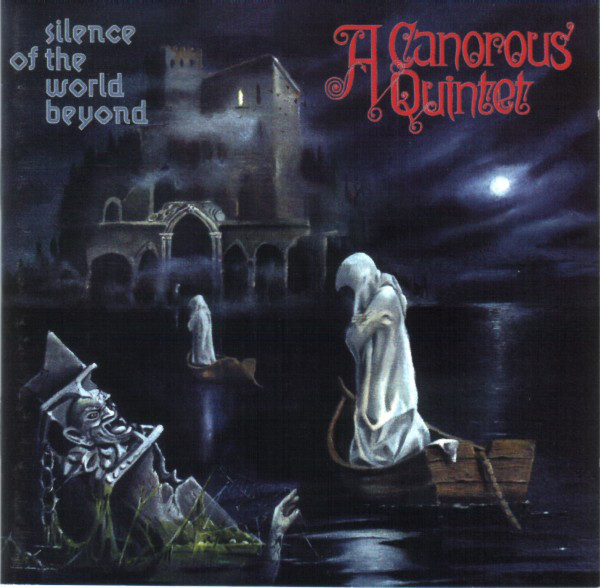 Essential Swedish melodic death metal. Instead of emphasizing brutal catchiness or machine-like precision like so many of their peers, A Canorous Quintet made sorrowful, misty music that's almost as close to gothic death/doom as it is to melodeath, with high-pitched rasps that help to give it all a blackened feel.
Track listing:
1. Silence of the World Beyond
2. Naked with Open Eyes
3. Spellbound
4. The Orchid's Sleep
5. The Black Spiral
6. The Last Journey
7. In the Twilight of Fear
8. Burning, Emotionless
9. Dream Reality
Black roses surround the fields
Strange floating lights
If you like this, listen to:
Horrified - In the Garden of the Earthly Delights (1993)
The Chasm - Deathcult for Eternity: The Triumph (1998)
Posted by DEAR_SPIRIT at 12:47 PM 1 comment: 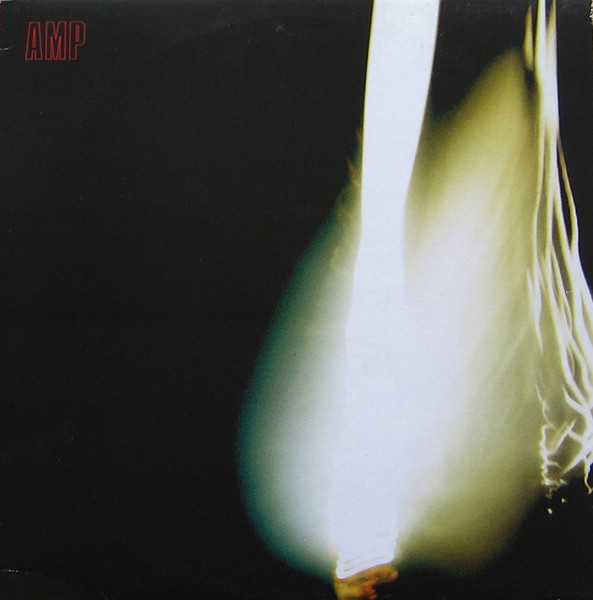 Related:
Light - Turning (1996)
Just remembered I told someone I'd post some Amp. Here's their second full-length. Much like that Light record, it's a hazy, somewhat lo-fi take on ambient shoegaze/psych that's probably best listened to while high, late at night.
Track listing:
1. Souvenir
2. Frieze
3. Perdu
4. Merry Go Down
5. November
6. Rave Mantra
7. Matilda's Short Wave
8. Soft Stone Soul
9. Eternity
10. So Be It
Tracing of sparrow on snow-crested ground
More like this:
Jessamine - Jessamine (1994)
Bowery Electric - Bowery Electric (1995)
Posted by DEAR_SPIRIT at 9:18 AM 2 comments: 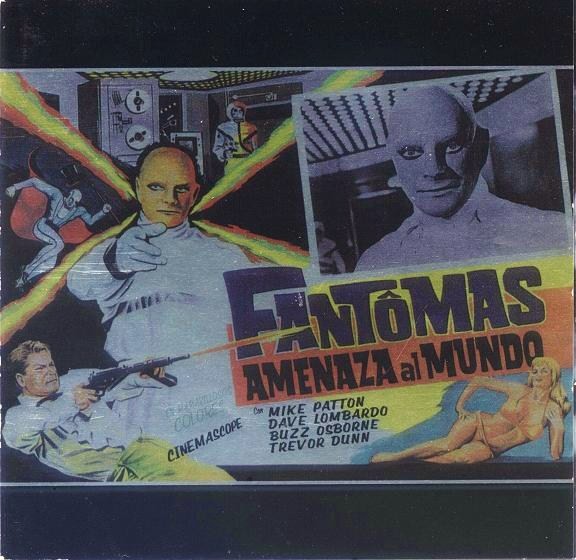 Related:
Melvins - Eggnog (1991)
Kaada & Patton - Romances (2004)
MadLove - White with Foam (2009)
Slobber Pup - Black Aces (2013)
I'm in a celebrating mood, so here's a personal favorite: the first Fantômas album. God-tier, horror-themed, experimental grind/thrash/sludge/jazz-noir/spazz-core from the folks who brought you, among many others, Mr. Bungle, Slayer, and Melvins. Obviously, this is, by this blog's standards, fairly well-known, but 1) Tomahawk finally put out a new album and it's got me on a Mike Patton kick, 2) Who says everything I post on here has to be obscure? and 3) I guarantee you there are people reading this who have never heard Fantômas and are about to have their minds blown out their asses.
30 tracks. You can't make me type them all out. Here's a track listing if you want it.
(I have no idea why I had the release date as 2009 initially. I first heard it in summer of 2001. Must be my dumb brain again.)
The wedding bells are ringing
The shotgun is a-singing
Now your fingers steady
More insanity:
Harvey Milk - Courtesy and Good Will Towards Men (1996)
Today Is the Day - Sadness Will Prevail (2002)
Posted by DEAR_SPIRIT at 3:09 PM No comments: 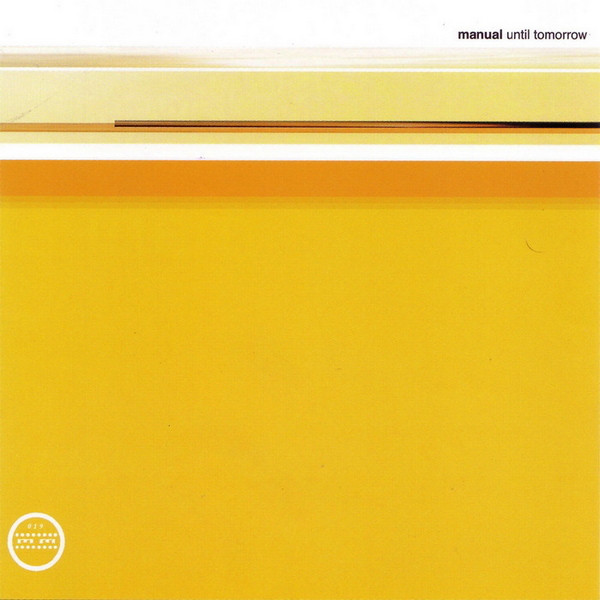 Lovely, organic-sounding IDM -- think early múm without the vocals, or even The Album Leaf -- from Danish producer Jonas Munk Jensen. I got my second shot of the Pfizer vaccine on Tuesday and my body has been simulating a flu ever since, which means I've been spending all of my time either rewatching movies for the millionth time (Young Frankenstein, Life of Brian, Mars Attacks!, that kind of thing) or listening to gentle electronic music like this.
Track listing:
1. Nova
2. Velvet Sunset
3. It'll Be Fine
4. Frequently
5. Lunate
6. Inn
7. Fortnights
8. Baja Nights
9. Tomorrow
Don't touch him! He wants to do it by himself!