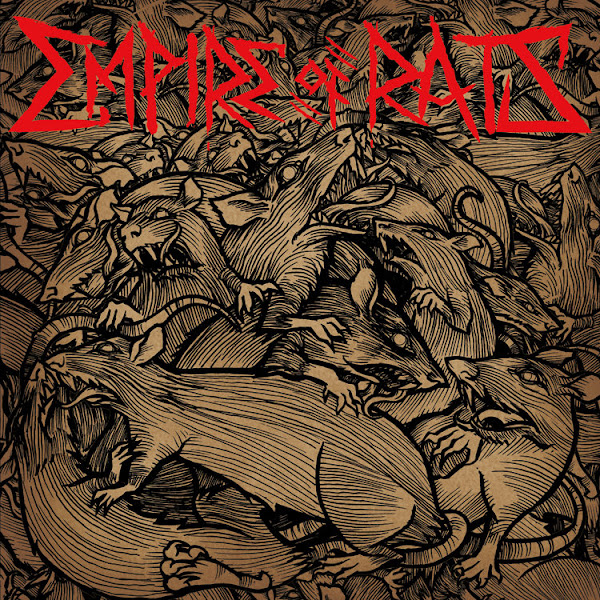 Heavy, ridiculously pissed-off metalcore. Ignorant breakdowns, thrash-y solos, gang vocals, and a hoarse screamer going off about everything and everyone he's ever laid eyes on. I have spent so much time pumping iron to this, my muscles practically have a Pavlovian response to start aching when I put it on.
Track listing:
1. Leeches
2. Another Minute in Hell
3. Bottomless Pit
4. Untitled
5. Society's Zero
6. Rats Reign
7. Sinking
8. Little from the World (Cold as Life)
9. We're Dead
10. Exposed
11. Early Mourning
Why are you still alive?
If you like this, listen to:
Harms Way - Isolation (2011)
Benchpress - Stay Hated (2012)
Posted by DEAR_SPIRIT at 9:42 AM 4 comments: 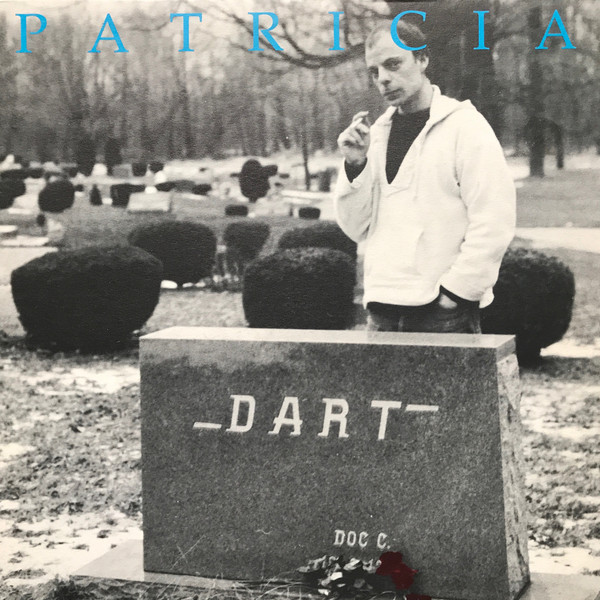 Related:
The Crucifucks - L.D. Eye (1996)
Doc Corbin Dart's only official solo album. Released the year after The Crucifucks split, Patricia marked a sharp departure from that band's abrasive punk into the jangly world of Replacements-esque indie/alt rock -- although his vocals continue to positively drip with animosity and sarcasm. It's also way more personal than any of the Crucifucks stuff, dealing primarily with Doc's neuroses and mental health struggles.
Track listing:
1. Out My Window
2. Falling
3. The Cathedral
4. Don't Look In
5. Little Town, Little People
6. Fear of Abandonment
7. Casket with Flowers
8. Patricia
9. Here for You Now
Something gnawing constantly
My nerves are frayed
So happy to see you but I start to shake
You should also hear:
Paul Roland - Burnt Orchids (1985)
Alice Donut - The Untidy Suicides of Your Degenerate Children (1992)
Posted by DEAR_SPIRIT at 8:41 AM 6 comments: 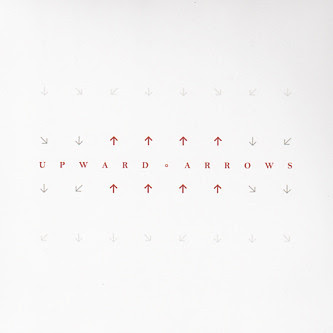 The first album from this project of Melbourne-based artist John McCaffrey, who has also released music as Part Timer and Scissors & Sellotape. There are subtle differences between each of these projects -- Scissors & Sellotape is more abstract and piano-based, Part Timer (his 'main gig') is earthier and more rhythmic, and Upwards Arrows flirts with the sounds of contemporary classical -- but they're all cut of the same cloth. To be a bit reductive, McCaffrey's music generally involves a combination of acoustic/organic instrumentation and glitchy textures, and the end results are uniformly beautiful, damaged, and downcast.
For Upwards Arrows, he joined forces with a string quartet and fellow experimental musician William Ryan Fritch (aka Vieo Abiungo). Most of the record is spent in an amorphous cloud of bright, shimmering drone, made up of strings, wordless vocals, and grainy white noise. Certain moments recall the most atmospheric outer-reaches of neofolk; elsewhere, the harsher elements fully take over. Overall, it's probably my favorite record he's made.
Track listing:
1. ^
2. ^^
3. ^^^
4. ^^^^
5. ^^^^^
6. ^^^^^^
7. ^^^^^^^
8. ^^^^^^^^
9. ^^^^^^^^^
10. ^^^^^^^^^^
They were overwhelmed
Whilst walking back home
If you like this, listen to:
David Darling - Cello (1992)
Portrait of David - These Days Are Hard to Ignore (2001)
Posted by DEAR_SPIRIT at 7:38 AM No comments: 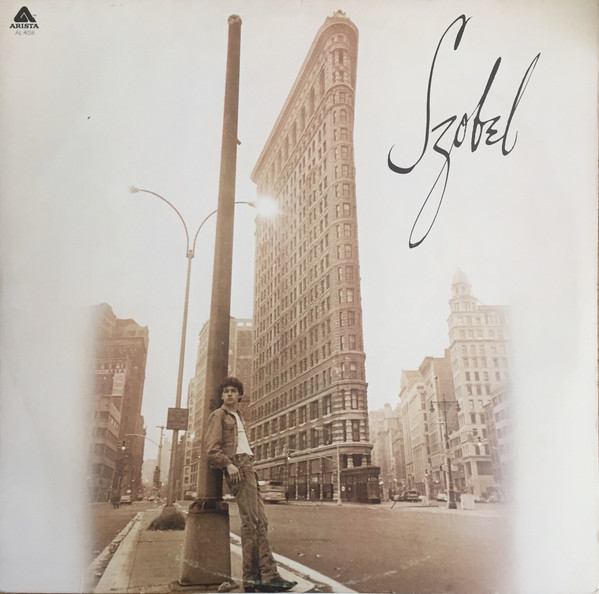 The one and only album by the one and only Hermann Szobel. The short version of the story goes: Szobel waltzed into a Roberta Flack recording session and blew away everyone there with his piano-playing, landed (with the help of his famous promoter uncle) a deal with Arista, recorded and released this incredible debut record, had some sort of breakdown while recording the follow-up, and disappeared. And not just from the industry: his mother filed a missing persons report on his behalf in 2002, and information about his whereabouts has remained sketchy at best since. Supposedly, he's alive and living in SF.
Aside from all of this, though, is the album itself, which is a wondrous labyrinth of avant-fusion from top to bottom. Discordant, controlled chaos that jumps effortlessly from cinematic slow-burning to frantic, panic-driven frenzies, often resembling RIO more than fusion. Szobel had some serious musical and compositional chops, and it could have been a brilliant career, but I supposed the music biz just wan't for him. At least he gave us this one gift before going off-grid.
Track listing:
1. Mr. Softee
2. The Szuite
3. Between 7 & 11
4. Transcendental Floss
5. New York City, 6 AM
When you talk to me
When you're moanin' sweet and low
Also listen to:
Masmabumi Kikuchi - Poo-Sun (1970)
Miriodor - Miriodor (1988)
Posted by DEAR_SPIRIT at 8:39 AM 8 comments: 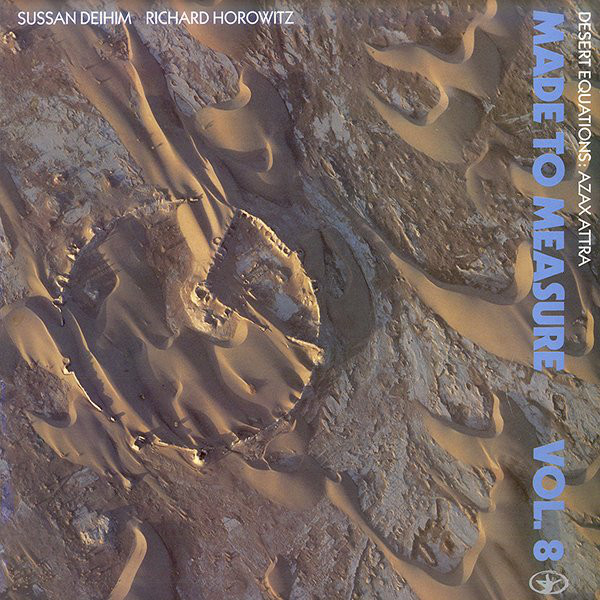 The beginning of a fruitful collaborative relationship between American composer Richard Horowitz and Iranian vocalist Sussan Deyhim (that's the way she spells her last name everywhere else, I've never known why it's spelled "Deihim" here.) Technically, this is a compilation of two separate works (Desert Equations and Azax/Attra) released as part of Crammed Disc's Composers' Series, but they're both cut of the same cloth: tribal percussion, tasteful electronics/synth, and dense layers of Deyhim's voice in all its many permutations.
Track listing:
1. Ishtar
2. Got Away
3. I'm a Man
4. Tear
5. Azax Attra
6. Jum Jum
7. Armour
8. Desert Equations (For Brion Gysin)
How fragile we are under the sheltering the sky
You might also like:
Robert Rich & Steve Roach - Strata (1990)
Fetisch Park - Alluvial (1997)
Posted by DEAR_SPIRIT at 11:45 AM 2 comments: 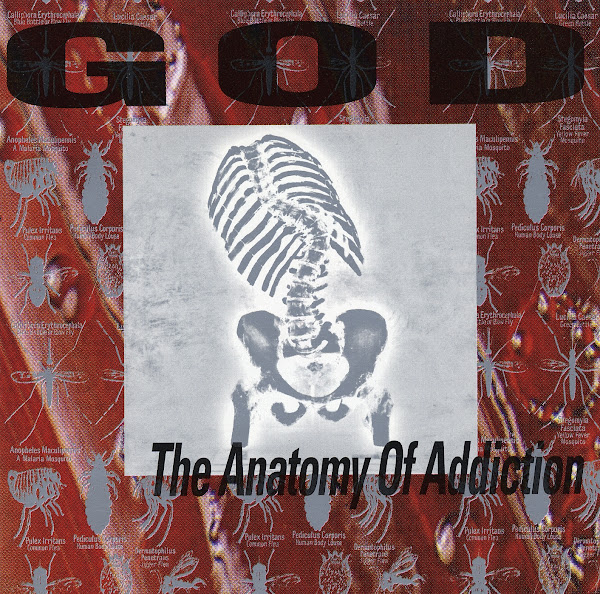 Related:
Final - One (1993)
The Bug - Tapping the Conversation (1998)
The Blood of Heroes - The Waking Nightmare (2012)
GOD was, as far as I know, the project that first put Kevin Martin (The Bug) on the map. The project's sludgy, noise-rock-by-way-of-industrial-metal core sound was certainly indebted to Godflesh, and this similarity was not lost on Justin Broadrick, who produced the first GOD record and played guitar on the rest of them. However, they're no clones, as GOD occupied a generally more expansive, out-there space that also encompassed free jazz, experimental psych, and more.
Track listing:
1. On All Fours
2. Body Horror
3. Tunnel
4. Lazarus
5. Voodoo Head Blows
6. Bloodstream
7. White Pimp Cut Up
8. Driving the Demons Out
9. Gold Teeth
10. Detox
You wake up screaming
Similar listening:
Cable Regime - Kill Lies All (1993)
Painkiller - Execution Ground (1994)
Posted by DEAR_SPIRIT at 11:44 AM 11 comments: 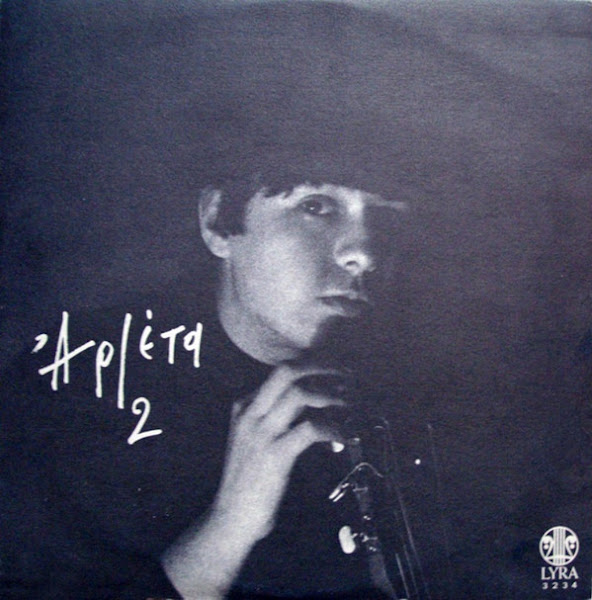 Haunting, sparse folk from Greek musician Arleta. I came to Arleta in an indirect, nerdy way: namely, via the instrumental trio Dirty Three, whose "I Remember a Time When Once You Used to Love Me" is, I discovered only recently, a cover of a song written by Greek composer/lyricist Giannis Spanos and originally performed by, you guessed it, Arleta. So I've learned a bit about her, including her involvement with the Greek neo kyma scene, her longtime low-key association with gay culture, and her passing in 2017.  But I didn't know any of that when I first heard, and was utterly transfixed, by the elusive, nocturnal sounds of 2. It's just her guitar and voice, illuminated by a touch of reverb, and that's all it needs to be.
[Thanks to adgy, the helpful commenter who uploaded 2 in FLAC, the old crappy link has been replaced by a nice, clean, 320 rip. If you'd rather have it in FLAC, have at it.
Track listing:
1. Τα Μικρά Παιδιά
2. Τίποτ’ Άλλο (Τρίπτυχο)
3. Δύο Γλάροι
4. Καβαλάρης Στραφτερός
5. Έτσι Είναι
6. Νάνι Το Γαρούφαλλό Μου
7. Ήταν Καμάρι Της Αυγής
8. Ο Τρελλός Του Χωριού
9. Σαράντα Μέρες
10. Ήτανε Μόνο Ένα Παιδί
11. Οι Σαρανταπέντε
12. Φώναξέ Με
Let secrets remain hidden
You should also listen to:
Astrud Gilberto - I Haven't Got Anything Better to Do (1969)
Mossy Davidson - Northwind Calling (1977)
Posted by DEAR_SPIRIT at 10:19 AM 8 comments: 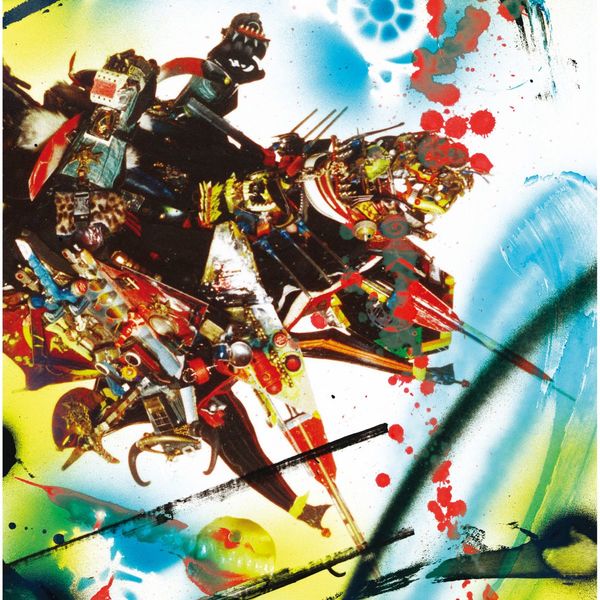 Visionary experimental NYC electro/hip-hop. The futuristic, vocoder-driven, downtempo electro-funk of "New Meaning" sets the stage for an absolute head-trip of an album that exists solely on the outer fringes, and remains in a class of its own almost two decades on. In terms of accessibility, The Rammellzee (who passed in 2010) makes contemporaries like Antipop Consortium sound like top 10 fodder.
Track listing:
1. New Meaning
2. Here We Go
3. Look at That Girl
4. Soldiers
5. Sign Your Names as Thee
6. My Horizon
7. In the Back of the Caddy Shack
8. This Is What You Made Me
9. I Be Ramm-Ell-Zee-Zee
Oh, how exciting!
You might also enjoy:
Variable Unit - Handbook for the Apocalypse (2003)
dälek - Absence (2004)
Posted by DEAR_SPIRIT at 11:28 AM 6 comments: 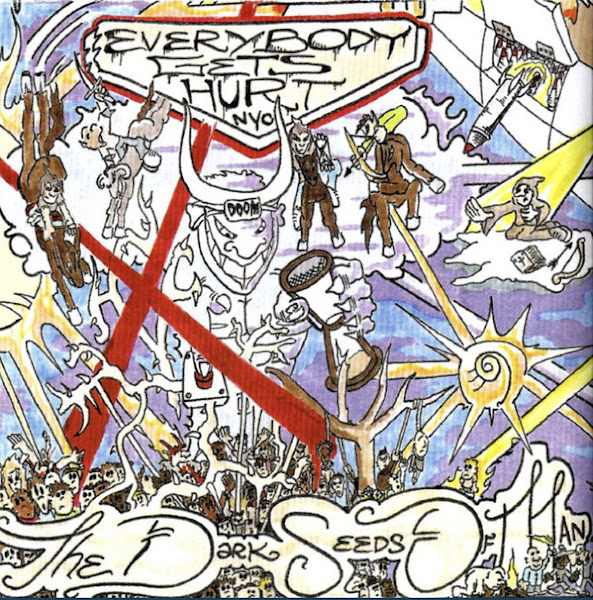 NYC beatdown with a surprising melodic streak and crisp, beefy production. In case you were wondering if I'm still pumping iron on the daily and getting fucking diesel.
Track listing:
1. Weightless
2. Nice Place to Visit But You Wouldn't Want to Live Here
3. Redemption
4. By All Means
5. Homefront
6. Bringing It Back
7. C.C.R.B.
8. Self Reliance
9. Sad Sickness
10. Inside the Hurt
11. Hymn of the Fallen
In this age of love, I ain't finding none
But I ain't going down, I ain't going out
You should also hear:
Turmoil - The Process Of (1999)
Benchpress - Stay Hated (2012)
Posted by DEAR_SPIRIT at 6:37 PM 1 comment: