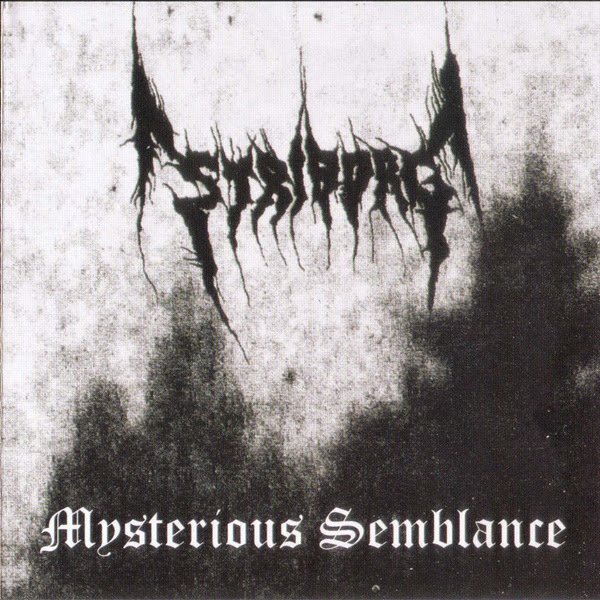 Between 2003 and 2009, one-man Tasmanian black metal force Striborg released twelve albums, plus a bunch of demos, collections, splits, EPs, and a box set, all of which makes for one of the genre's densest, most inscrutable and, potentially, impenetrable discographies. While there is very little sonic variation from album to album, Mysterious Semblance, his second proper full-length, is IMO his most difficult and satisfying work.

Following a genuinely unsettling keyboard intro, the listener is treated to the twenty-minute title track, a full immersion in sole member Sin Nanna's (yes, nerds, Sunn O))) named a song after him) dissonant, esoteric world of distant, buzzing guitars; echoing, goblin-like rasps; out of tune basslines; and sickly, horror movie keyboards. If you make it through this front-loaded earfuck without frantically mashing the 'stop' button, then you are a musical masochist, and you are going to love everything else Striborg has recorded. If not, congratulations, you're probably in a better emotional and/or mental state than the rest of us.