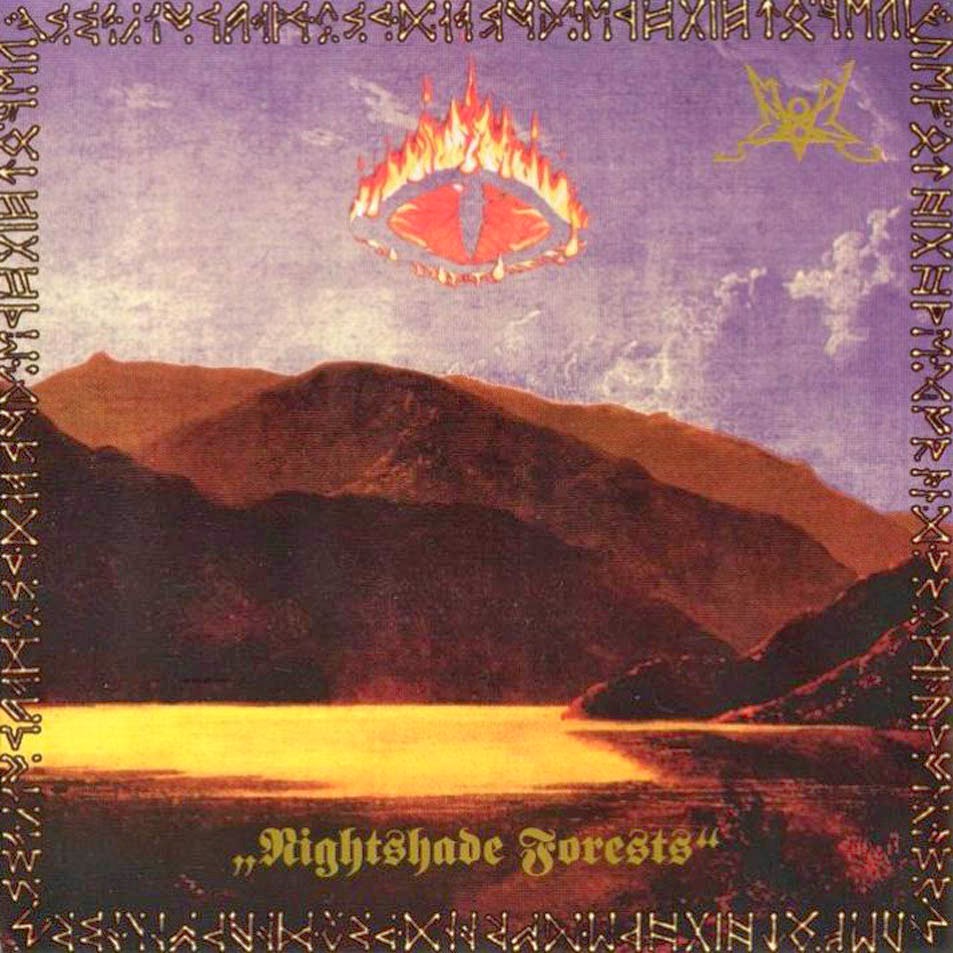 In case any of you are young or unfortunate enough to have slept on the epic, fantastical, Tolkien-obsessed sounds of Summoning, here's an early EP consisting of songs recorded during the same sessions that yielded their classic third album, Dol Guldur. Each of these four songs, driven by glacial guitars, semi-cheesy synths, rasping vocals, and tom-heavy drum machines, drives forward at a slow but determined pace, slowly forming enthralling, mysterious, oddly beautiful musical landscapes. Highly recommended for anyone who's nerdy enough to get down.

Track listing:
1. Mirkwood
2. Kortirion Among the Trees
3. Flesh and Blood
4. Habbanan Beneath the Stars

The echoes of his harp
have poisoned the air
The horizons of the earth
have drowned
Posted by DEAR_SPIRIT at 11:48 PM