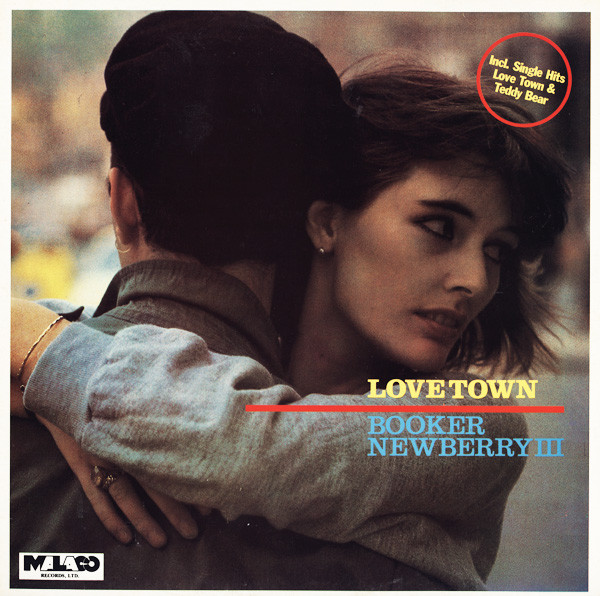 A great set of soulful disco/boogie from the largely unsung Booker Newberry III. There's even a little new jack in there. The title track is the only hit record Newberry had a solo artist, but the entire record's a funky, synth-y joy to behold.
One caveat: digitally speaking, I've only ever been able to find the 2005 CD reissue version, which omits two tracks and adds a whole bunch of others. It's cool because the bonus tracks are almost all total bangers, but there are some questionable sequencing choices -- for instance, slow-jam "Island" is the second damn track, killing the album's momentum just as it gets going -- and with 6 original album tracks intermingled with 9 bonus tracks, it plays more like a greatest hits collection than an album. So basically what I'm saying is, don't download this. Sike, get it, you won't regret it.
Track listing:
1. Love Town
2. Island
3. I Get Romantic
4. Handle with Care
5. Attitude
6. Shadows
7. Love Drums
8. Teddy Bear
9. Shower of Love
10. Lovin' on Borrowed Time
11. The Way You Do It
12. You and I
13. Doin' What Comes Naturally
14. Love Town (Foggy Mix)
15. Shadows (12" Mix)
A midnight madness
A moonlight gladness
Also listen to:
Shadow - Love Lite (1979)
Alexander O'Neal - Alexander O'Neal (1985)
Posted by DEAR_SPIRIT at 9:41 AM