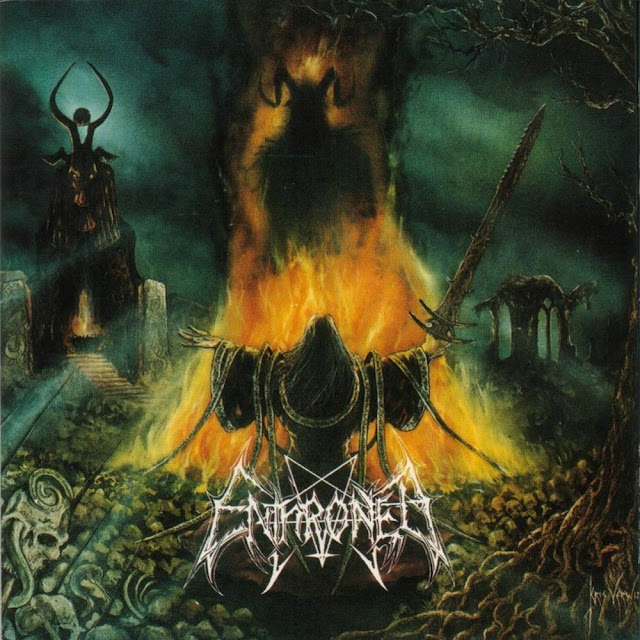 Straight Belgian black metal, no chaser. This record is so underrated. Why the fuck do people want black metal to be original? Tremolo picking, blast beats, some keyboards, raspy screams, the occasional ripping solo, and lyrics about the three W's (winter, woods, and wolves) are all you will ever need, and anyone who says otherwise probably thinks that Sunbather is an important black metal record.

Track listing:
1. Intro (Prophecies of Pagan Fire)
2. Deny the Holy Book of Lies
3. Under the Holocaust
4. Scared by Darkwinds
5. Tales from a Blackened Horde
6. At Dawn of a Funeral Winter
7. Rites of the Northern Fullmoon
8. Skjeldenland
9. At the Sound of the Millennium Black Bells
10. As the Wolves Howl Again

The black goat of the eternal woods

Maybe try these too: 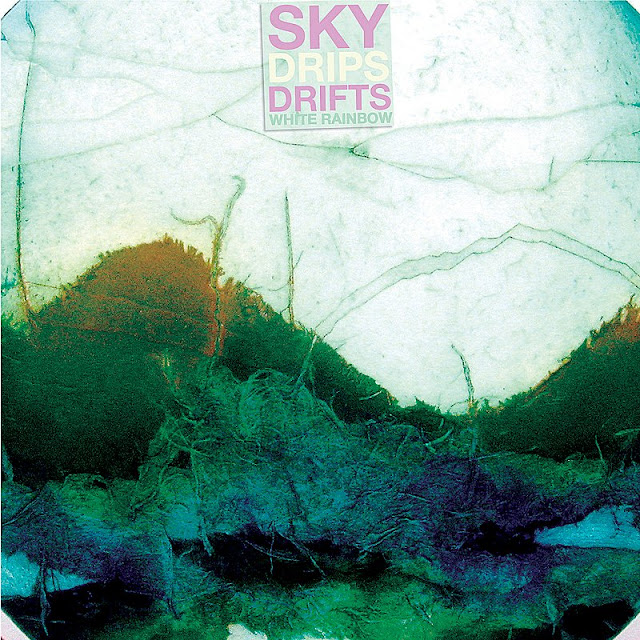 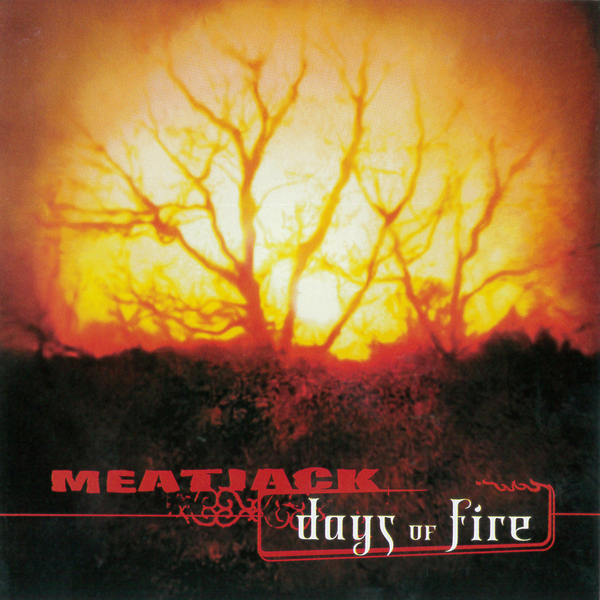 Raging Baltimore sludge metal. Found Meatjack through their split with Damad, but it wasn't until a few months back that I heard this, their final and best album. Heavy, darkly melodic, and oddly catchy in way that reminds me of Remission-era Mastodon, but with a more sinister, Neurosis-y vibe. Too bad about the nu metal album cover, though.

This is just the beginning
Posted by DEAR_SPIRIT at 8:43 PM 1 comment: 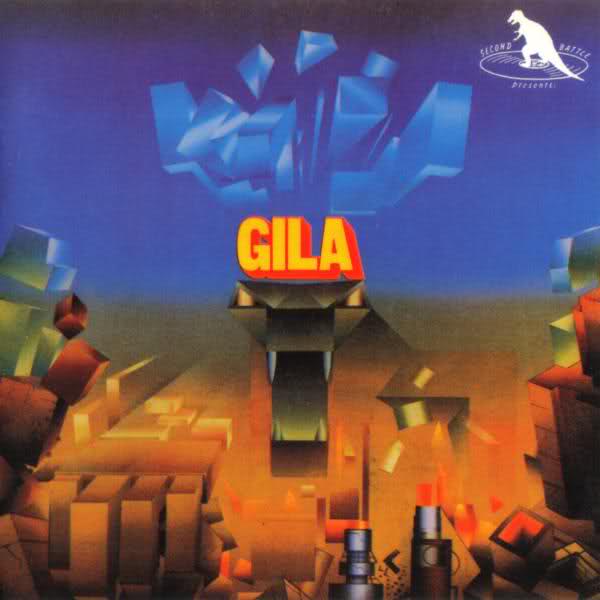 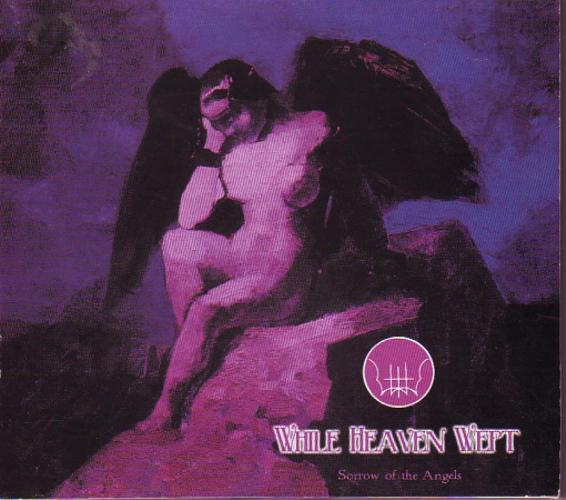 Crestfallen, epic US doom metal, with elements of heavy and progressive metal. Beautifully crushing, with melodic (but not overly so) riffage, lush keyboards, and a truly gifted vocalist in Tom Philips, whose quavering, pitch-perfect delivery breathes a sense of passion into lines like, "Sleepwalk to the gallows/To expel my hollow soul."

Track listing:
1. Thus with a Kiss I Die
2. Into the Wells of Sorrow
3. The Death of Love
4. September

The dark clouds, a portrait of her
The black-cloaked face of death
Her empty eyes a hallway to heaven 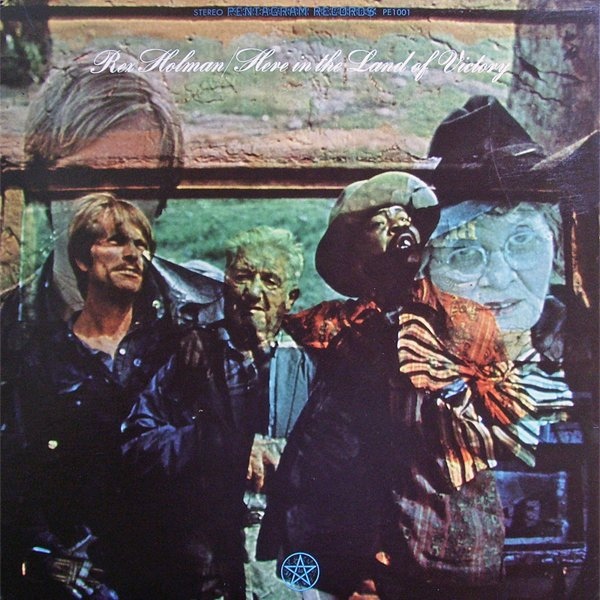 Chandelier falling on the chair made of dust
Dust made of perfume, petals, and lust
Crimson tiara in a bed of May wine
Queen of the heart and all of it mine
Red is the apple, sparkle and shine

Posted by DEAR_SPIRIT at 8:05 AM No comments: 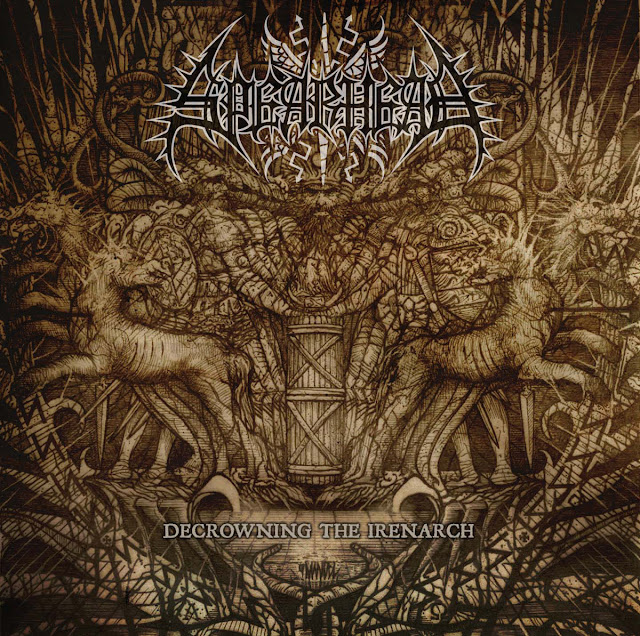 Track listing:
1. Prolegomenon
2. Decrowning the Irenarch
3. When the Pillars Fall
4. Road to Austerlitz
5. Interregnum
6. Iulianus Augustus Apostata
7. In the Face of the Absolute
8. Thus Always to Tyrants
9. Mors Triumphalis
10. Brotherhood of Arms
11. Aftermath 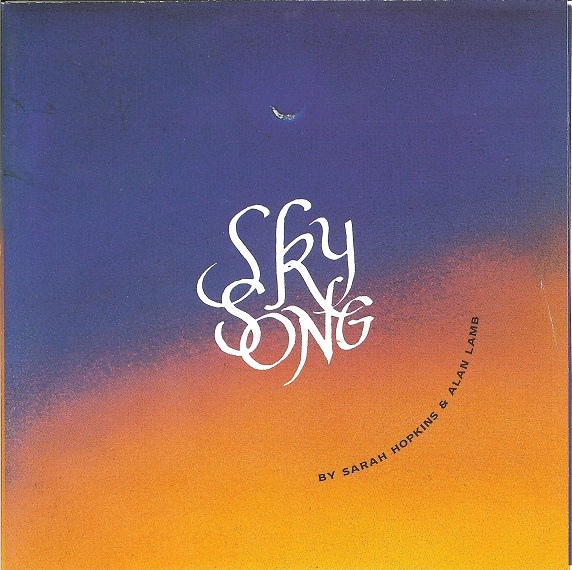 Haunting, etherial, collaborative pieces from composer/musicians Alan Lamb and Sarah Hopkins. Woozily euphoric drones and cello account for the core sound. Maybe it's the drugs talking, but I consider Sky Song as the aural equivalent to a human body melting into a cloud of mist that hangs over a clear sea. 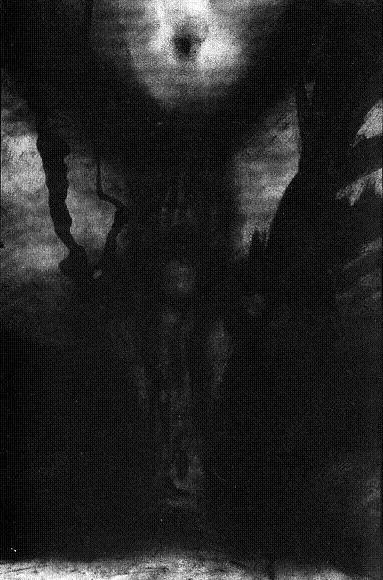 Raw, simplistic, depressive US black metal. Members of Black Funeral, Emit, Xasthur, Woods of Infinity, Vrolok, and many others.

Through bloodred shadows and bitter skies
Posted by DEAR_SPIRIT at 11:38 PM No comments: 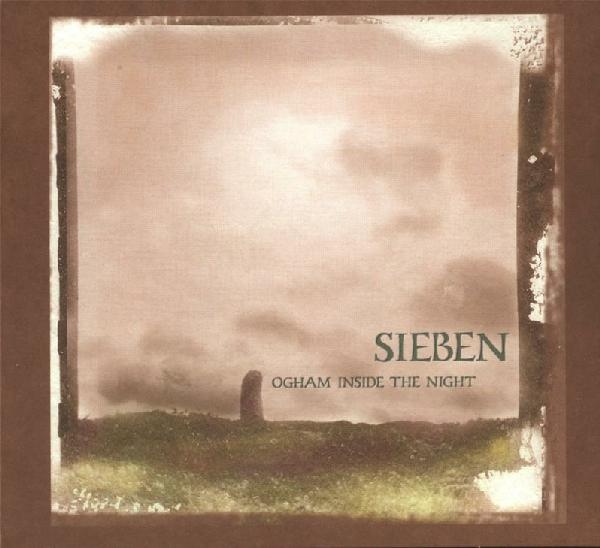 Heavy Swedish prog of the highest order. The perfect mix of groove-y, almost Sabbath-y riffs, synth and guitar noodling, and high-minded prog art. If you haven't heard this yet: you're welcome. 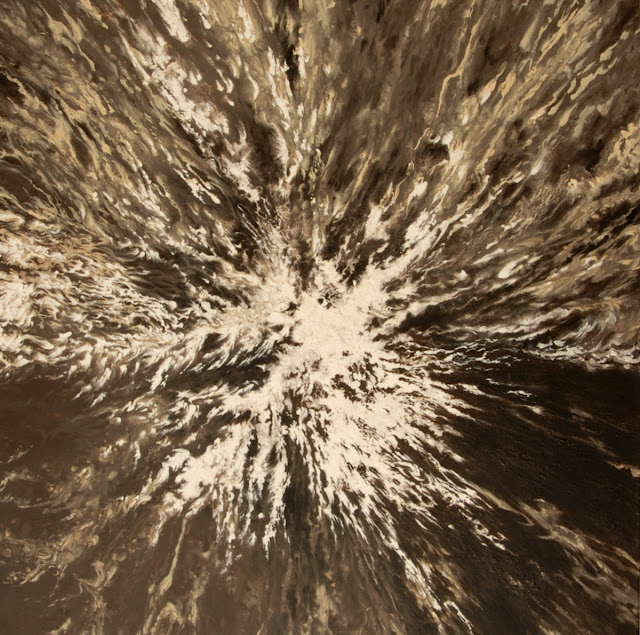 Expansive, atmospheric black metal. Tom Vallely of Lychgate plays every instrument -- if you haven't yet, and you like this, definitely check them out. 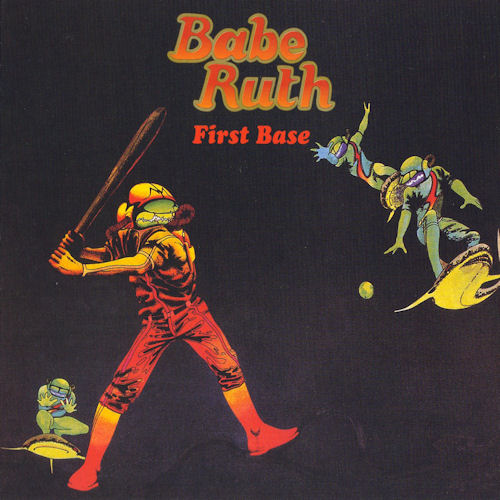 First Base is one of those albums that never get much play until summer rolls around. Vocalist Janita Hanna belting out lyrics about rock-a-rollin' and easy livin' amidst twin guitar leads, wailing sax leads, and half-funk-half-prog grooves only seems to make sense with sunshine on your face and wind in your hair. Which is not to say that there's not emotional and sonic depth -- see the strings and flute on the haunting "The Runaways" -- but overall, these are summer jams, straight up, and you will want to put "The Mexican" on every road trip mix/playlist you make for the rest of your life.

"The time has now come," said the man with the gun
To the crowd as they all turned away
Posted by DEAR_SPIRIT at 9:35 AM 1 comment: 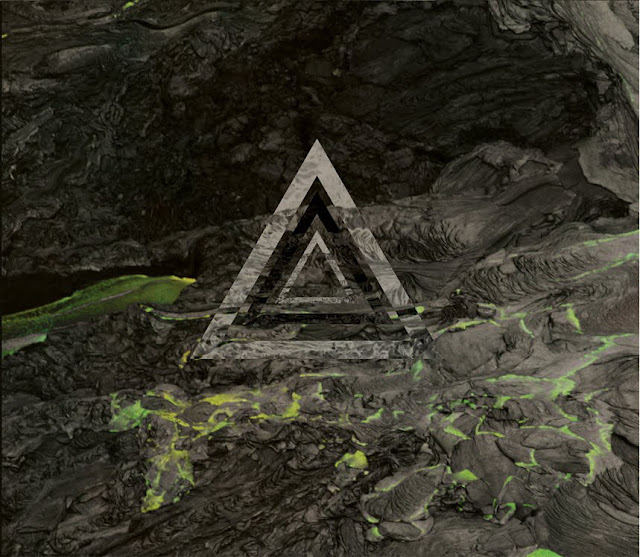 Austrian solo black metal with elements of dark ambient and noise. Hyperspeed blasts, tremolo picking, and distorted howls plunge headlong into extended sections of droning blackened noise. Plus, there's a Man Is the Bastard reference to let you know that Nekrasov is down.

Track listing:
1. We Are Just an Indifferent Interpretation of the Black Plague
2. Disillusion
3. Matter Is the Bastard
4. Void into Nonvoid
5. Pre-Fetal Non-Mantra
6. Chant the Name of God in a Thousand Languages Until All Is Blood and Feces
7. No Room for Liberation Found 'Here' or 'Now'
8. Extinction 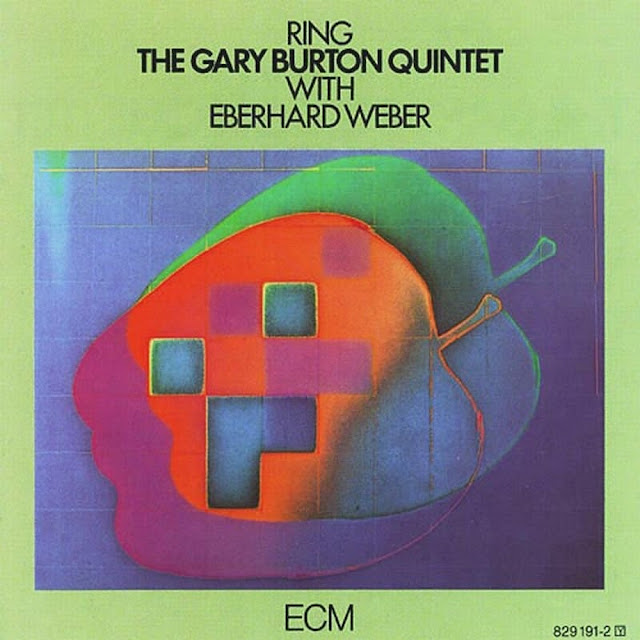 For more from Burton and Weber, check out: 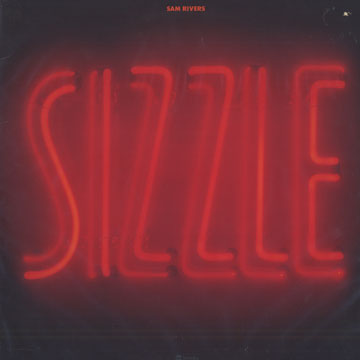 Recorded the year after his avant-free jazz masterpiece, Crystals, the rhythmic, at times funky Sizzle was a considerable deviation for Rivers. Although plenty of free-form solos and avant-garde tendencies remain intact, and it's way less 'mainstream' than many fans would have you think, it's still somewhat of an outlier in his discography.

Effusive melange
Posted by DEAR_SPIRIT at 8:26 AM 3 comments: 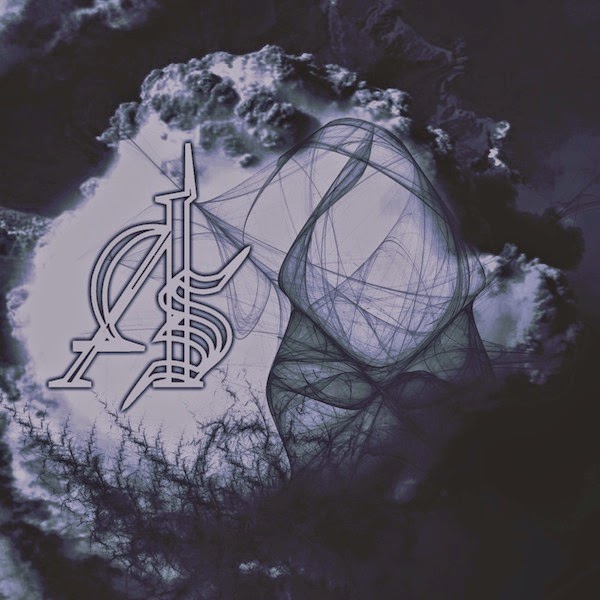 Immense funeral doom from Russia. Drawn-out riffs, echoing clean guitars, dissonant leads, ghostly keyboards, possibly some cello in there, an overall dense, suffocating atmosphere. It's everything you love or hate about funeral doom, and nothing else. 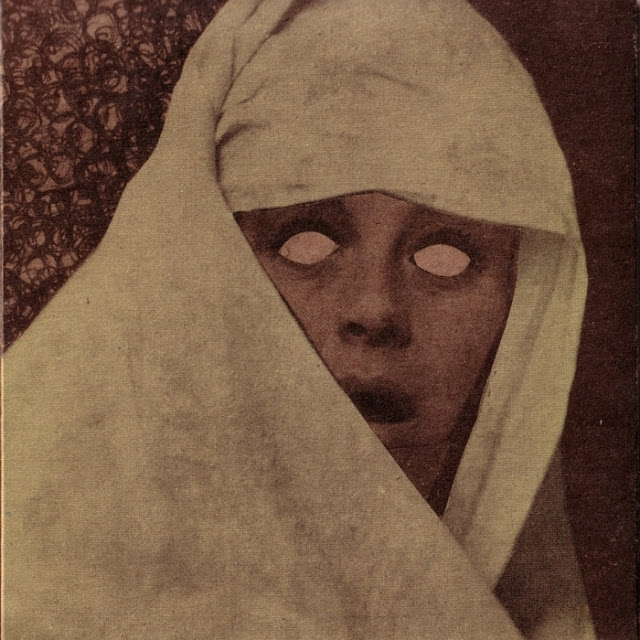 The hand of the imposter is the promise of my own
Posted by DEAR_SPIRIT at 9:30 AM 3 comments: 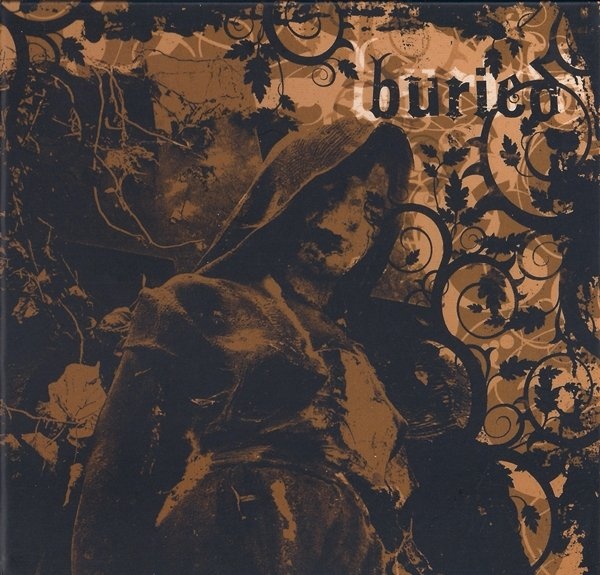 Previously:
Mistress of the Dead - I Know Her Face from the Tombstone (2006)

Sparse, draining, ugly, perfect funeral doom. How Mistress of the Dead isn't one of the biggest names in the subgenre is beyond me.

Grey light of creatures
Sentenced to infernal anguish
It's pulling me down so strong
Tossed in spiral nothingness
Posted by DEAR_SPIRIT at 9:07 PM 3 comments:

Email ThisBlogThis!Share to TwitterShare to FacebookShare to Pinterest
Labels: 2000s, doom metal/sludge, Mistress of the Dead 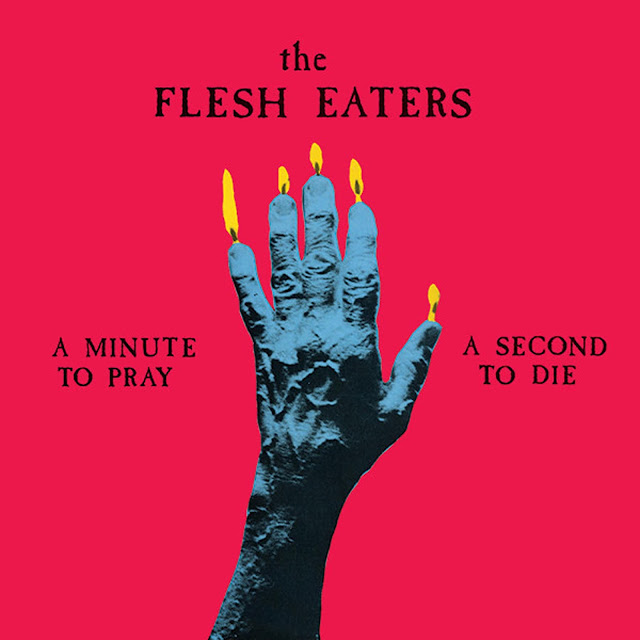 Dark, filthy, furious, yet catchy, sax-driven punk rock and roll delivered with the vicious, debaucherous abandon (and free jazz influences) of Fun House-era Stooges. Been listening to this one on repeat.

Cock the gun, pull the trigger
What you've got is one dead singer
Posted by DEAR_SPIRIT at 9:17 AM 4 comments: 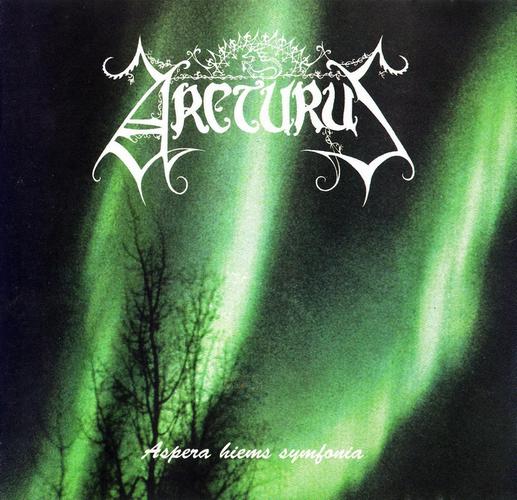 Track listing:
1. To Thou Who Dwellest in the Night
2. Wintry Grey
3. Whence and Whither Goest the Wind
4. Raudt Og Svart
5. The Bodkin and the Quietus (... to Reach the Stars)
6. Du Nordavind
7. Fall of Man
8. Naar Kulda Tar (Frostnettenes Prolog)

All remembered
They are the reminders of all
All to us unknown, unknown 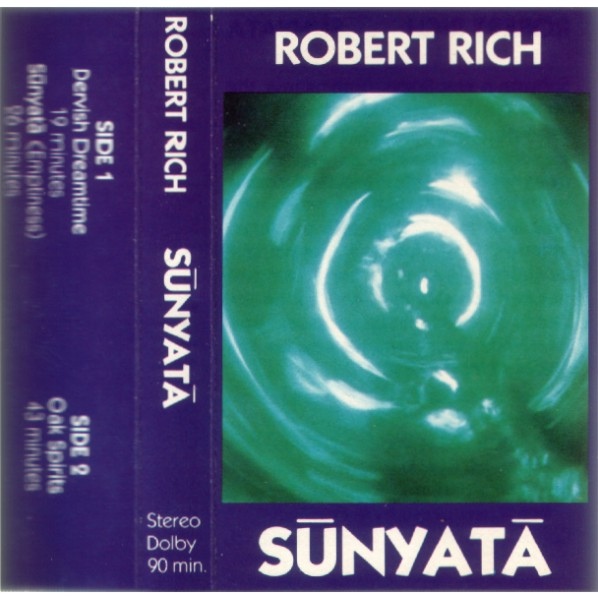 A yawning void of droning synths and environmental sounds. Three tracks, an hour and 26 minutes.

Sunyata is emptiness, nothingness, the hugeness that one finds nested in the smallest places. Sunyata is the Self exploding, a Universe so vast that it does not exist. Nothingness is the music of formless form. Shifting cycles help past and future merge into the simultaneous. Low clouds of sound pull deeper and deeper, where the songs of nature mesh with the dance of the sky. Out of crystal water, darkness and light intertwine, to shimmer away on the voices of Mother Earth.
Posted by DEAR_SPIRIT at 10:40 AM 4 comments: 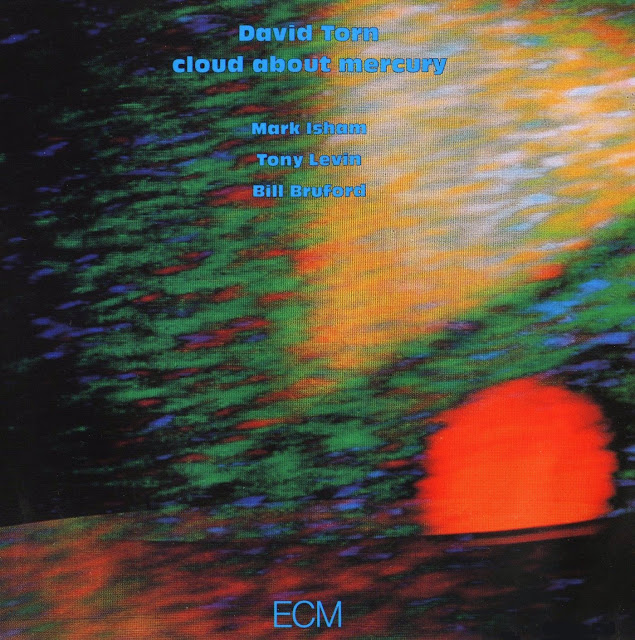 One of my top-ten ECM records, easy. Pulsing synths, exotic instrumentation, soaring guitars, tribal percussion, and other things that the old me would have hated, but present-day me goes apeshit for. Speaking of me, I'm going camping, so bye.

Warrior horsemen of the spirit thundering over hills of doubt to a place of hope
Posted by DEAR_SPIRIT at 11:14 AM 4 comments: 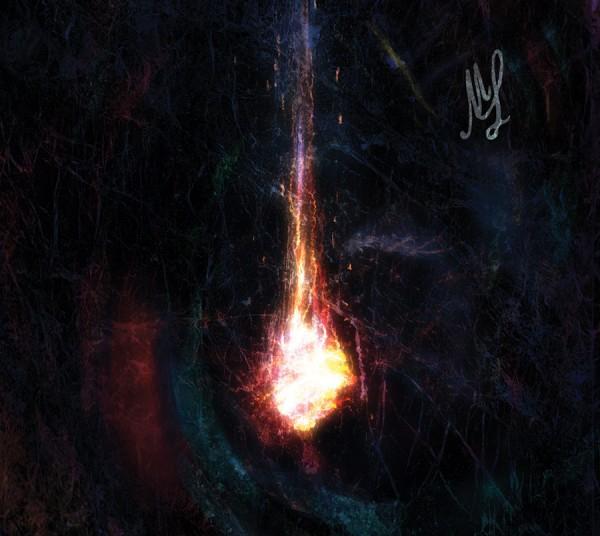 A one-off, collaborative duo featuring members of Gris and Sombres Forêts, both excellent Canadian black metal bands. Beautifully bleak and anxious, as only great depressive black metal can be.

Kaada - Thank You for Giving Me Your Valuable Time (2001) 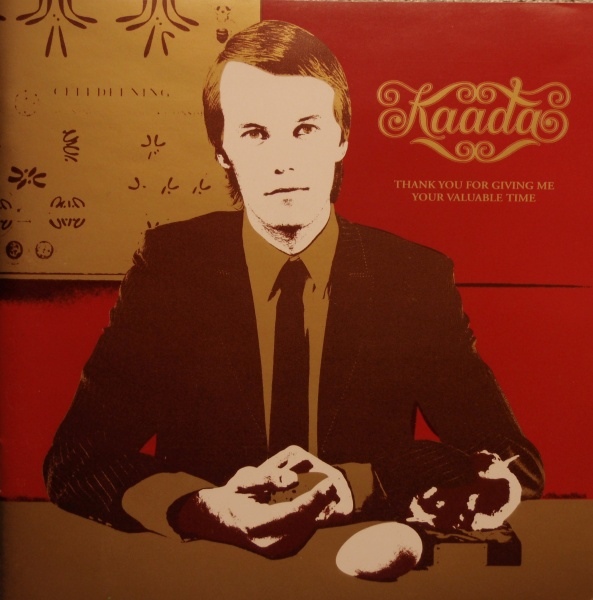 Junkyard nostalgias
Posted by DEAR_SPIRIT at 12:42 PM No comments: 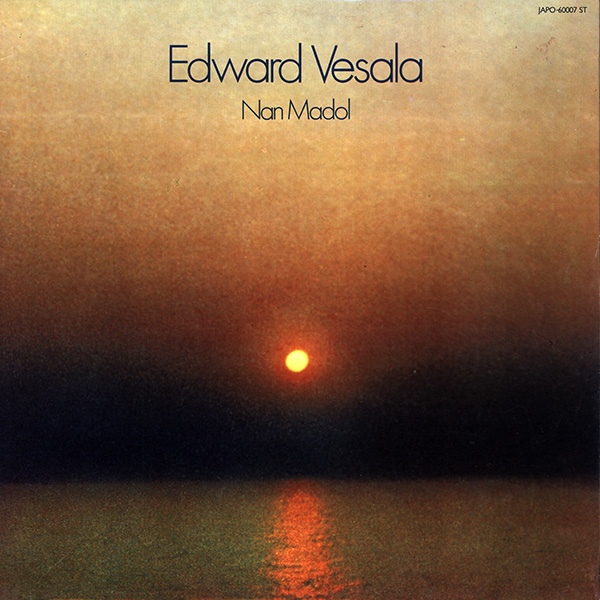 Avant-garde jazz led by Finnish composer/drummer Edward Vesala. Don't be fooled by the album art and the serene title track that opens the record -- things get pretty bonkers, pretty fast.

Star flight
Posted by DEAR_SPIRIT at 9:41 AM 4 comments: