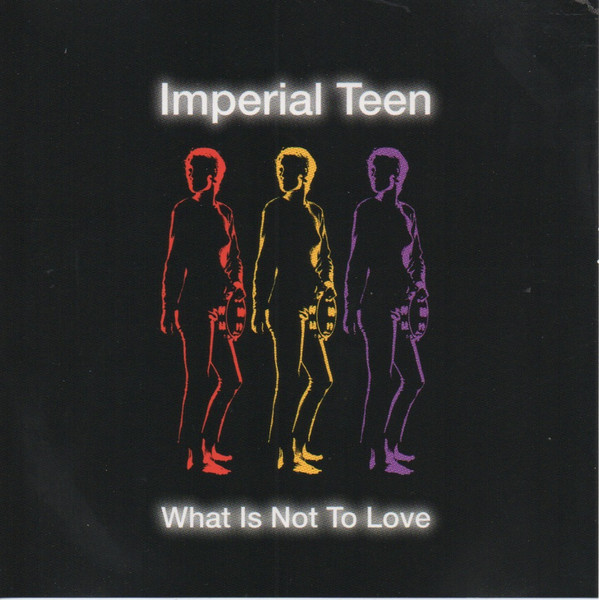 Previously on OPIUM HUM:
Imperial Teen - Seasick (1996)
This band's first record, which is linked above, is very special to me. I don't have the same kind of personal connection to their second record, What Is Not to Love, but I did listen to it a ton while I was living in my first apartment, which was also the setting for what turned into a pretty toxic relationship, so it does carry a certain amount of nostalgic significance. It's more focused than Seasick, which kinda plays more like a singles collection than a cohesive record -- but this is a reflection of a band that has learned to play to its own strengths: scruffy, guitar-driven power pop balanced by a few wistful, strung-out ballads, all from a decidedly queer POV. One of the ballads, "Crucible", is one of my favorite songs ever recorded. And the only song that doesn't really fit either camp, "Alone in the Grass", finds them in hypno-motorik territory, and it's one of the best songs on here.
Track listing:
1. Open Season
2. Birthday Girl
3. Yoo Hoo
4. Lipstick
5. Alone in the Grass
6. Crucible
7. The Beginning
8. Year of the Tan
9. Seven
10. Hooray (Live)
11. Beauty
A cold charisma
Shotgun wedding
And I'm familar
With the Kama Sutra
Also listen to:
Popsicle - Lacquer (1993)
The Apples in Stereo - Velocity of Sound (2002)
Posted by DEAR_SPIRIT at 9:49 AM