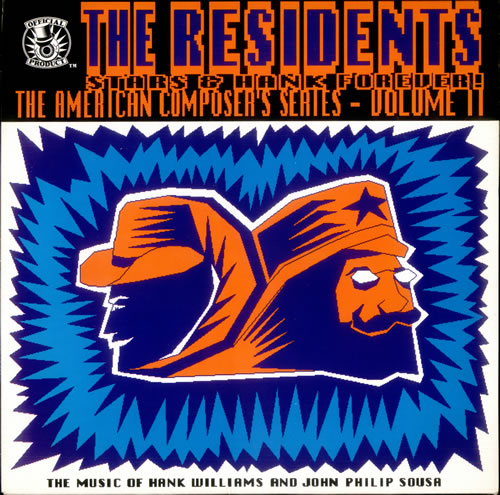 The Residents turn songs by country music legend Hank Williams and The March King John Philip Sousa into Residents songs, meaning that they're played mainly on synthesizers and sung by someone who sounds like he's probably committed a murder or two. Just as disturbing and excellent as it sounds. Their churning, elusive, ghostly take on Williams' "Jambalaya" is particularly mesmerizing.

Son of a gun, we'll have big fun
On the bayou
Posted by DEAR_SPIRIT at 7:07 AM