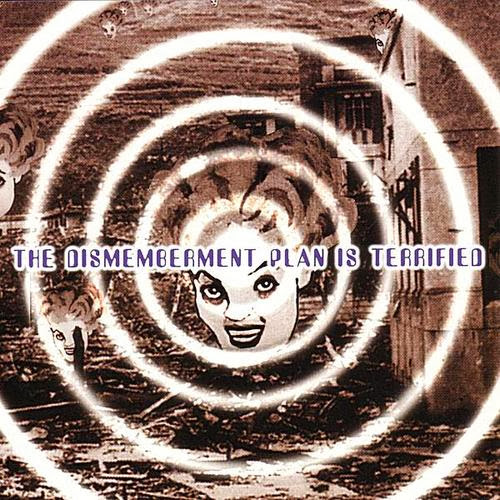 Last month I posted Imperial Teen's first album, saying that it was "the first indie rock record that I ever fell in love with." The Dismemberment Plan Is Terrified is possibly the second. Up until this point, my favorite bands had been, in chronological order, Aerosmith, Guns 'n Roses, NIN, and Marilyn Manson. So when I heard DP's chaotic zaniness shrieking out of my sister's car stereo, it blew my fifteen year old mind. [Note: I just fixed a typo, wherein I had omitted the word "mind" in the previous sentence, resulting in: "...it blew my fifteen year old." How embarrassing.] Their mix of tricky time signatures, dissonant guitars, and zany vocals and lyrics made for the most defiantly un-mainstream sound I'd ever encountered, and it pointed my musical tastes in a direction that I've more or less maintained ever since. Listening to it now, many - myself included - might say that it hasn't aged that well, but who cares, I'm feeling nostalgic.

http://www82.zippyshare.com/v/HcF2ax4Z/file.htmlPop open a third bottle of bubbly. Yeah, and I take that bottle of champagne, go into the kitchen, stand in front of the kitchen window, and I take all my clothes off, take that bottle of champagne and I pour it on my head, feel it cascade through my hair and across my chest and the phone rings. And it's my mother. And she says, "HI HONEY HOW'S BOSTON?" And I stand there, all alone on New Year's Eve, buck naked, drenched in champagne, looking at a bunch of strangers... uh, looking at them looking at me looking at them, and I say, "OH FINE MOM, HOW'S WASHINGTON?"
Posted by DEAR_SPIRIT at 9:13 AM