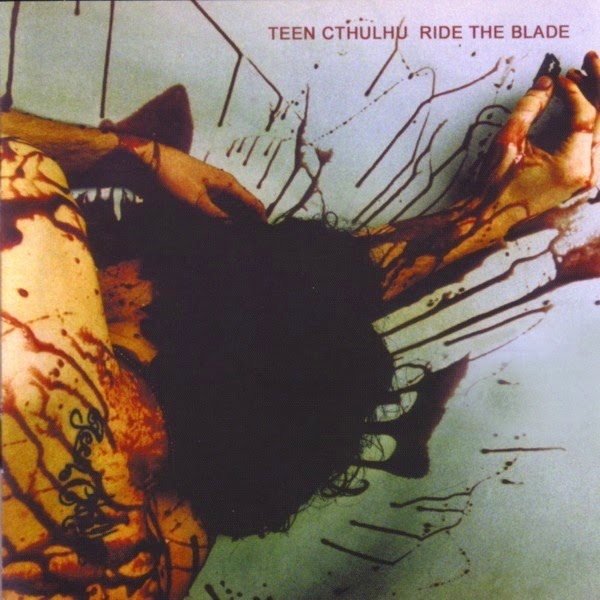 It's hard to imagine that, in the not-so-distant past, punk and metal existed in distinct, separate worlds. Punks liked punk, metalheads liked metal, and there wasn't a whole lot of overlap. True story: my band was banned from a prominent Philly punk house for being "too metal" (at the time, we were a melodic d-beat band with Iron Maiden parts), and while we were loading out I heard some asshat saying, "Why the fuck are these people allowed in our scene?"

So when a band like Teen Cthulhu (or Asschapel, Fall of the Bastards, Inure, even Catharsis) showed up playing crusty metal in your local basement, some got butthurt, and others geeked the fuck out. "Holy shit," they'd think, "this so evil! How'd the drummer get so good? Is that tremolo picking?! Harmonized leads?! Fucking keyboards!?" Around the turn of the millennium, Teen Cthulhu's ripping, self-destructive mix of crust/hardcore and black metal -- complete with, yes, keyboards -- was unlike anything else, and punks went absolutely apeshit for it.