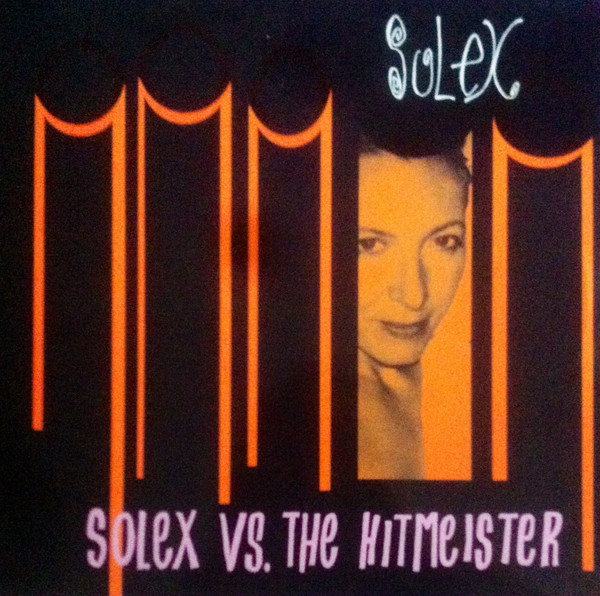 Should-be classic debut from Solex, a.k.a. Amsterdam-based artist Elisabeth Esselink. Built on off-kilter drum loops; Esselink's cooing, at times kinda punk vocals; and heaps of dusty, fragmented samples, Solex vs. The Hitmeister is trip-hop by default, but is without a doubt its own strange, whimsical, woozy scene. One of those records that never failed to make me feel extremely hip when I'd put it on while getting stoned with friends in high school, even though none of my friends in high school really liked shit like this. And if you're one of the friends in question (I know at least one of you comes 'round here from time to time): don't lie, you know you only listened to anarcho-punk, NIN, and Weezer.
Track listing:
1. One Louder Solex
2. Solex Feels Lucky
3. Solex in a Slipshod Style
4. Waking Up with Solex
5. Solex's Snag
6. Rolex by Solex
7. There's a Rolex on the Run
8. Solex All Licketysplit
9. Solex for a While
10. Some Solex
11. When Solex Just Stood There
12. Peppy Solex
13. Solex Is Barely Dressed [bonus]
Tabloids will be all over it
More along these lines:
Luscious Jackson - In Search of Manny (1992)
Cibo Matto - Cibo Matto (1995)
Posted by DEAR_SPIRIT at 10:37 AM