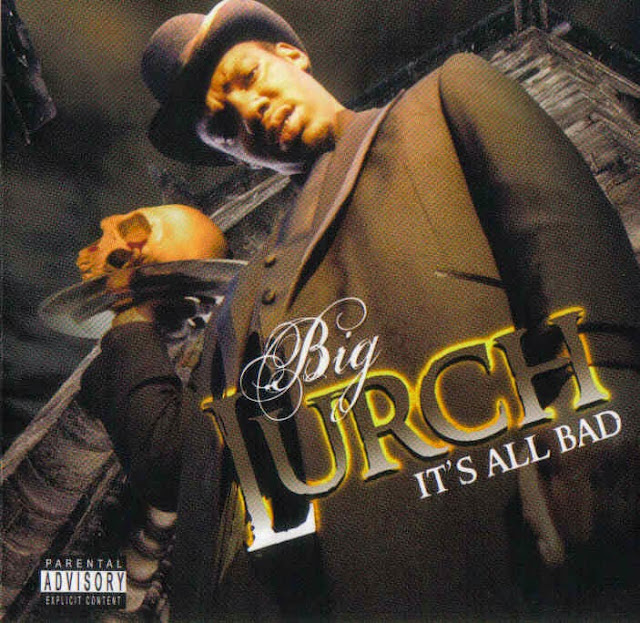 In order to get properly creeped out by Big Lurch, one has to be aware of the fact that he's currently in prison for murder -- specifically, getting high on PCP, stabbing his girlfriend to death, and eating parts of her face and lungs. There's a video on Youtube that paints a pretty vivid picture, but I can't remember which one it is, so it's on you if you want to find it.

Aside from the backstory, It's All Bad is tough, horrorcore-leaning Texas gangsta rap, best exemplified by the album-opening "Texas Boy" and, most chillingly, by "I Did It to You", a song that was actually used by prosecutors as evidence against him. Some exceptions to this aesthetic include the bland, forgettable "Gimme Ya Love" and "Cali Girl", and the awesomely raw sex jam "Ten Toes".

You're fuckin' around with some niggas that's high off of formaldehyde
Posted by DEAR_SPIRIT at 12:18 PM