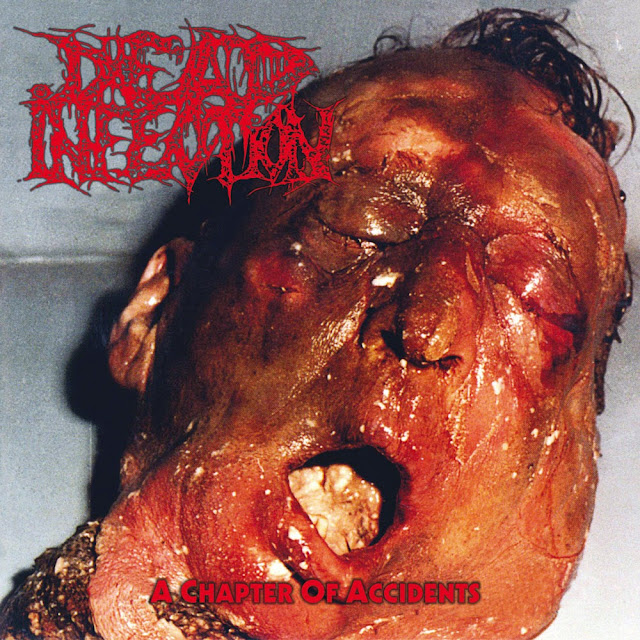 Noisy, heavy-as-fuck Polish goregrind. Relentless blastbeats and whatever that semi-d-beat that grind bands play is called, with just a few sickly grooves thrown in, and blown-out, beastly growls that at times verge on gorenoise-style watery gurgles. For added fun, look into the lyrics, which are a bit more varied than is typical of the genre. Each song is a vignette, telling, sometimes surprisingly poetically, its own morbid, gorey story. People commit suicide, die in elevator, airplane, and train accidents, waste away in hospitals, get torn apart by lions, even manage to get their skulls crushed while riding merry-go-rounds -- no two deaths are the same!!

Richard feels warm blood drops on his forehead. Then he feels his stomach in his mouth. He used to see intestines when he served his apprenticeship. But today he couldn't stand it. The dinner he ate an hour ago flows down from his covered mouth onto the patient's torso. Pieces of semi-digested meal mingle in a seven-centimeter long surgeon cut. Vomited matter ornaments the patient's torso and soothes him. Richard thought his job would be different. His conscience exhausted him.
Posted by DEAR_SPIRIT at 11:29 AM