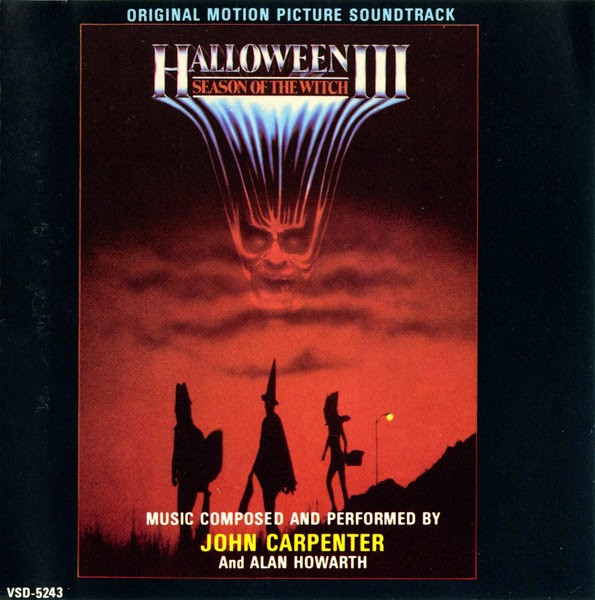 Halloween III got shat all over because Michael Myers isn't in it. HOWEVER, what the movie lacks in stabby icons, it makes up for in mindless drone killers in business suits, bewitched Halloween masks, skull cracking, face explosions, and a stolen piece of Stonehenge. Best of all is the mustachioed lead, a doctor who constantly allows himself to get sidetracked by his desire to drink booze and bang the young lady whose father's murder he is supposed to be investigating. There's one scene where, having arrived in a weird, semi-deserted town in which they strongly suspect her father first ran into trouble, she's trying to plan a course of action for the rest of the day and he's like, "Wait a minute, wait a minute. It's getting late. I need a drink." So they don't go investigate the creepy factory, cause he just shut that conversation down. Then later, when they're banging, they hear a horrific noise (clearly the sound of someone dying a terrible death next door), and she says, "What was that?" to which he replies, "I don't care," and keeps right on going.

Regardless of the movie's credentials, John Carpenter and Alan Howarth's score makes for pretty much the perfect horror movie soundtrack -- all droning, pulsing, driving, and shrieking synthesizers. I just saw a screening of this great terrible movie that was followed by a mind-blowing musical medley, performed by Howarth himself and accompanied by a psychedelic visual mashup of movie clips, that featured tunes from They Fucking Live, The Fucking Thing, Escape from Motherfucking New York, Big Trouble in Motherfucking Little China, and of course, multiple installations of Motherfucking Halloween, all of which Howarth worked on. Then, during the Q&A, he big-upped Klaus Schulze and Tangerine Dream as major influences. Dude's a master; I'm on his jock.

The clock is ticking. It's almost time!
Posted by DEAR_SPIRIT at 10:07 AM