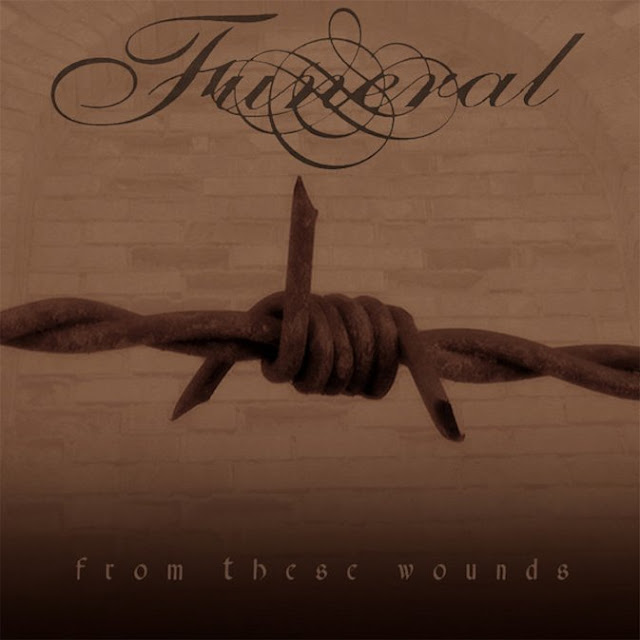 The other Funeral masterpiece. Sorrowful baritone vocals over crushing riffs, majestic keyboards, and generally melodic but utterly desolated sounds that are equally informed by funeral doom and gothic death. From These Wounds was written in the aftermath of the suicide of founding guitarist/vocalist Einar Andre Fredriksen (who some of you might recognize from his appearance on this album cover.) Then, heartbreakingly, one of their guitarists, Christian Loos, committed suicide just before the album's release. Needless to say, the specter of loss and mortality hangs over this record's every moment, and you can definitely hear it.