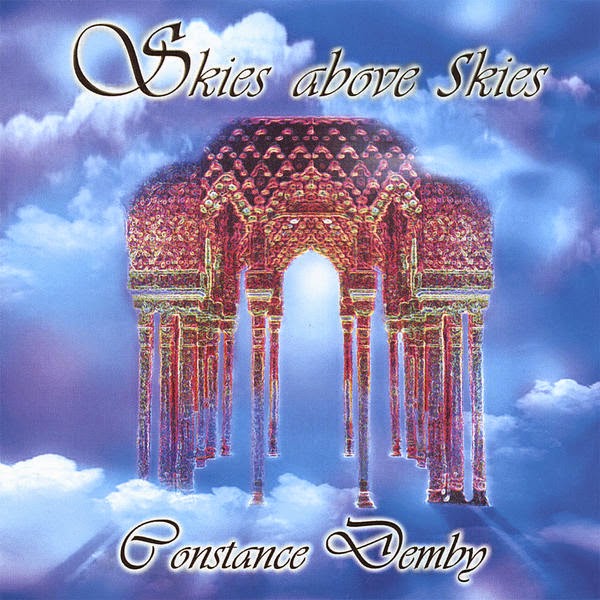 Constance Demby's early works are among the most stately, transcendent music to come out of the New Age movement. Maybe it's her classical training, maybe it's her powerful but restrained vocals, maybe it's her instrument of choice -- hammered dulcimer -- but it feels as though these records actually reached the heavenly heights that so many of her peers merely invoked. Demby's debut album, Skies Above Skies, is, of course, built around her virtuosic hammered dulcimer-playing, and a bit of synthesizer, but features a stronger emphasis on her vocals than would be heard on her next few records.

Hidden light shining in every creature
Posted by DEAR_SPIRIT at 9:57 AM