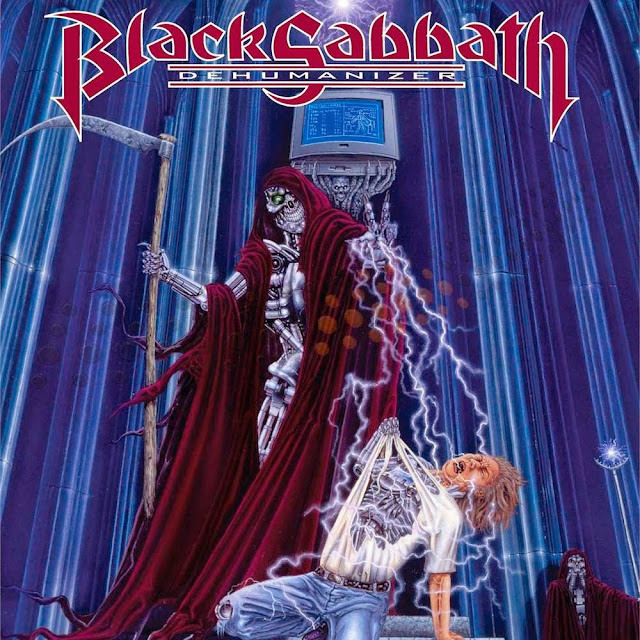 I do not understand why I check Metalsucks on a semi-daily basis. The writers are generally not very funny or inventive in their approach to writing about music, and unlike Pitchfork, which I check for hipster drama and new music (I put little to no stock in their overwrought opinions, of course), Metalsucks doesn't actually cover a lot of music that I give a shit about. Maybe I read it for the little bit of good music that it does bring to my attention, and maybe it's a hate-read.

But the fact remains that I do visit the site, and this is why I am aware that today they (correctly) named Black Sabbath as the greatest metal band of all time. In the writeup, Grim Kim -- the only writer for the site that consistently covers awesome, new bands -- re-affirmed the popular notion that while their later stuff "had its moments", Sabbath peaked with their first four records. Though I'd add records #s 5 and 6 to that assertion, I agree in spirit.

After those first six records, this is the Sabbath record that I return to most frequently -- no, not Heaven and Hell. It marks Dio's temporary return to the fold, and its sound can be likened to a polished synthesis of all of the best eras of the band. Of course, it's not as amazing as that might sound, but it's pretty fucking great, you know?

[Edit: Check out the undeniable similarities between the above record cover and that of Arckanum's Fran Marder, which I posted yesterday. This was not intentional.]

Are we all haunted by
The ghost - imagination
It just can't be
I've seen them there
Howling at the moon
Posted by DEAR_SPIRIT at 2:05 PM