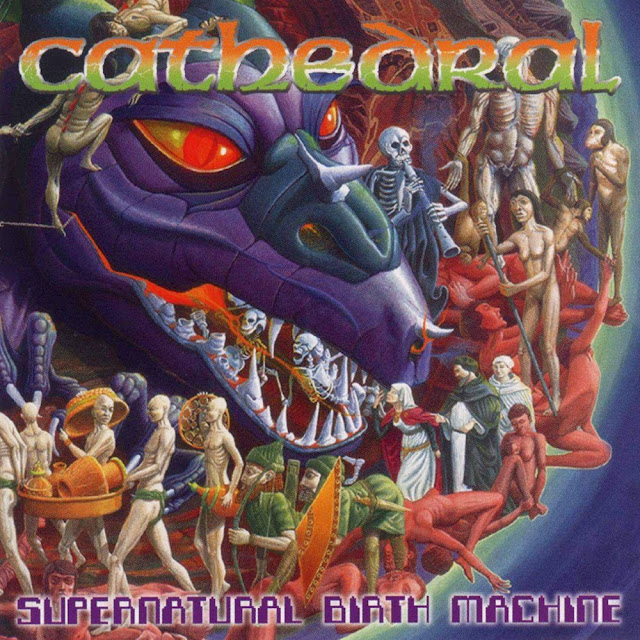 Meanwhile, Cathedral's hanging out, playing half-speed buttrock riffs, sounding like Macho Man Randy Savage switched out (some of) his cocaine for psychedelics, put his rap project on hold and started a killer psychedelic cheese-doom band. After practice, they hop in their spaceship, where they smoke a few joints with a bunch of re-animated skeletons and Satanic robots while flying to Saturn, where they're all gonna drop acid, bone sexy aliens while watching Planet Earth explode, and release flawless album after flawless album, all while not giving a single fuck that surprisingly few people notice that they're one of the best metal bands ever.

P.S. I'm headed to Acapulco this afternoon, where I will live the good life 'til Sunday. See you suckers sometime next week.

Earth children arise
Transformation for final flight
Justice in our hands
Posted by DEAR_SPIRIT at 10:02 AM