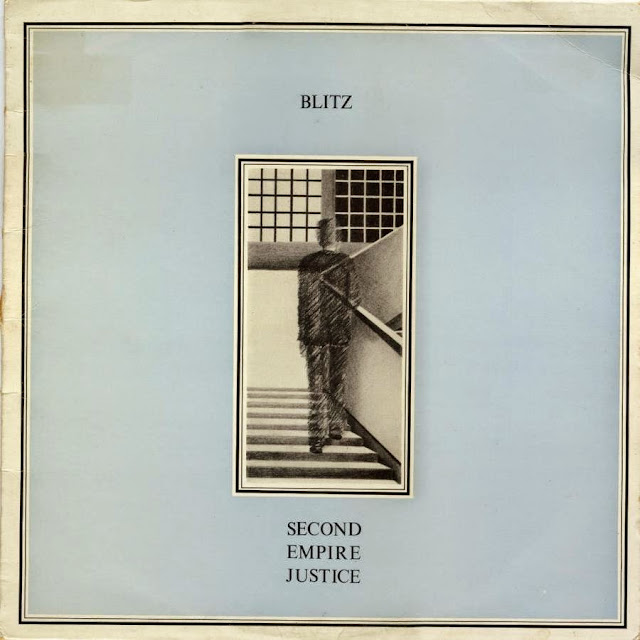 In which an upper-echelon Oi band follows up its instant classic debut LP with a dark, atmospheric sophomore effort that's entirely devoid of anthems about "the boys" handing out beatdowns, thereby alienating most of its violent, bald-scalped fan base while failing to garner much outside attention. Second Empire Justice, it would seem, is a terrible Oi record.

The twist: it's a great post-punk record. It undoubtedly sounds like the work of a completely different band, but a really fucking great one. Big, moody leads? Check. Ghostly vocals? Big check -- dude sounds like Ian Curtis on a few songs. A beefy, locked-in rhythm section, complete with gated reverb on the snare? Check. I missed the boat on this one for years because my punk elders told me to steer clear, but as it turns out, adult me is going to listen to this way more than Voice of a Generation.

For poops and chortles, watch the video for "New Age", which isn't on this album, and kind of serves as a bridge between their immediate past and future.

We will move together
Even though it won't last
Posted by DEAR_SPIRIT at 8:39 AM