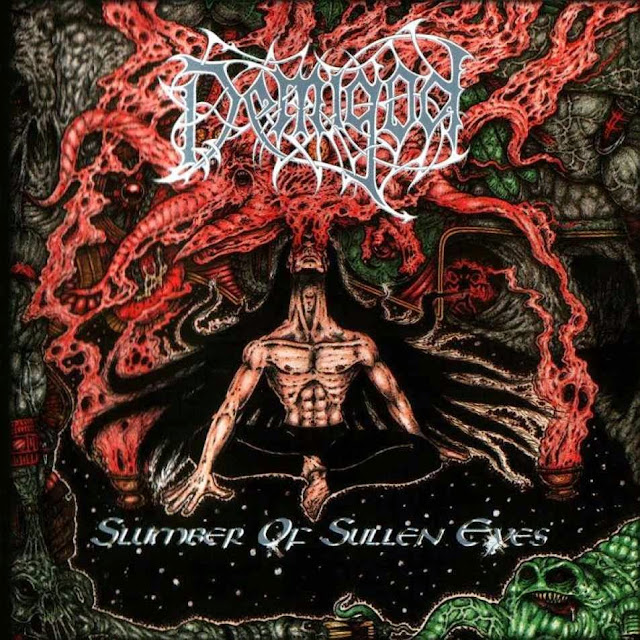 Slumber of Sullen Eyes is an absolute beast of a debut. In fact, I'd say it's straight-up one of the best death metal debuts of all time: the type that casts a formidable shadow across the rest of a band's discography (see also: Onward to Golgotha, Dawn of Possession, Slowly We Rot). Demigod tried to avoid this by waiting a full decade before releasing their second album, but it didn't work.

Hey, want to know what it sounds like?? OK. It's mostly mid-paced, with some obvious doom influences, the odd keyboard flourish, and a dark, dirty atmosphere that will make fans of Incantation (those that aren't already familiar, of course) pop long-overdue metal boners.

Track listing:
1. Apocryphal (Intro)
2. As I Behold I Despise
3. Deadsoul
4. The Forlorn
5. Tears of God
6. Slumber of Sullen Eyes
7. Embrace the Darkness / Blood of the Perished
8. Fear Obscures from Within
9. Transmigration Beyond Eternities
10. Towards the Shrouded Infinity
11. Perpetual Ascent
12. Darkened [bonus]

Dismal dreams of lives forgotten in the visions of my slumber
They lie silent in chasms
Posted by DEAR_SPIRIT at 10:00 AM