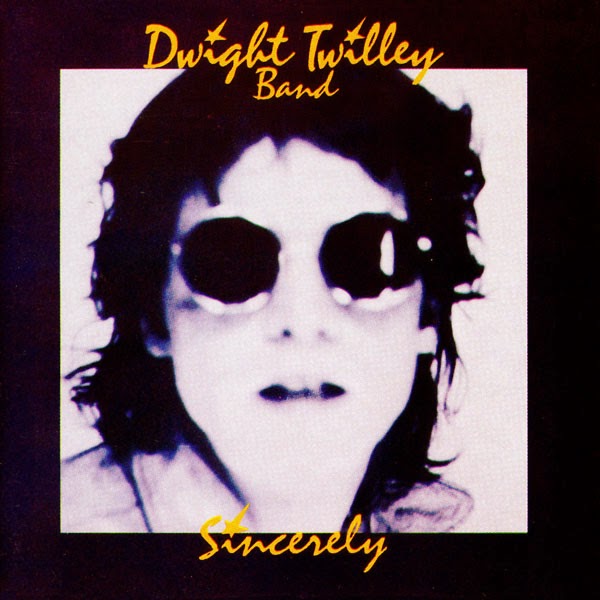 Sincerely is the kind of perfect, would-be classic power pop record that makes you realize just how arbitrary success in the music business is. Like, I think that in some weird, imaginary world, every record that I post on here would be a hit, but Sincerely could have been a huge hit in this world. Listen to this and tell me I'm wrong.

So, much like their spiritual comrades, Big Star, the Dwight Twilley Band mixed 70s dad rock sounds with a kinda fey, pop-oriented approach and ended up generating a series of positively perfect power pop gems while toiling in virtual obscurity; unlike Big Star, though, DTB --and their namesake, who continues to record and release records to this day -- have stayed there. I only found them because their song "Looking for the Magic" is prominently featured in the movie You're Next. Having finally heard it, though, I genuinely believe that Dwight Twilley should be at least indie-famous by now, and I implore you: give this one a spin.

For more info, here's an article that I found; apparently, I'm not the only one who's made the Big Star comparison, nor the only one to think that Twilley should be a star.

I don't wanna sit and watch it all roll by
Posted by DEAR_SPIRIT at 9:27 AM