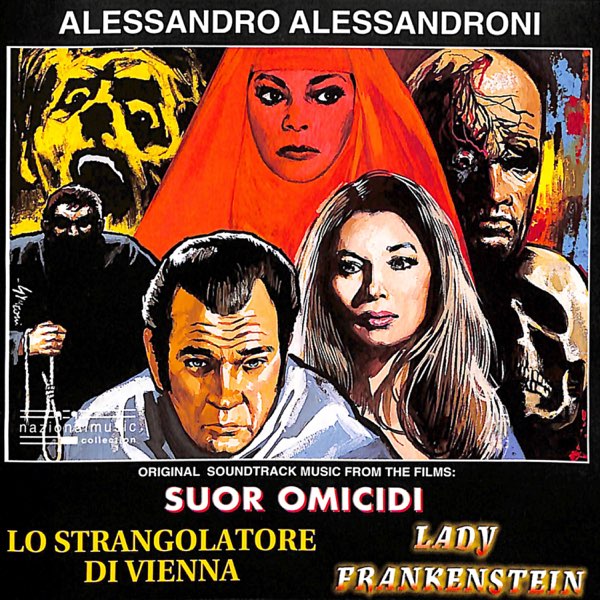 Three horror soundtracks from Italian composer Alessandro Alessandroni. The comp was released in 1999, but Lo Strangolatore di Vienna and Lady Frankenstein both came out in '71, and Suor Omicidi in '79; as far as I can tell, none of them have ever been issued on their own. Ghostly choral arrangements, grainy synths, cinematic string pieces, creepy jazz-inflected psychedelia, and more that will definitely scratch your hallucinatory, gore-loving, 70s-Italo-horror itch. I've never seen Lo Strangolatore di Vienna (and the soundtrack's easily the weakest of the three) but the other two I can wholeheartedly recommend.
The track listing's pretty perfunctory and boring, so find it here if you like.
Only the monster she made could satisfy her strange desires!
Also listen to:
Nora Orlandi - Il Dolce Corpo di Deborah (Colonna Sonora Originale) (1968)
Various Artists - The Films of Jean Rollin (1994)
Posted by DEAR_SPIRIT at 9:11 AM