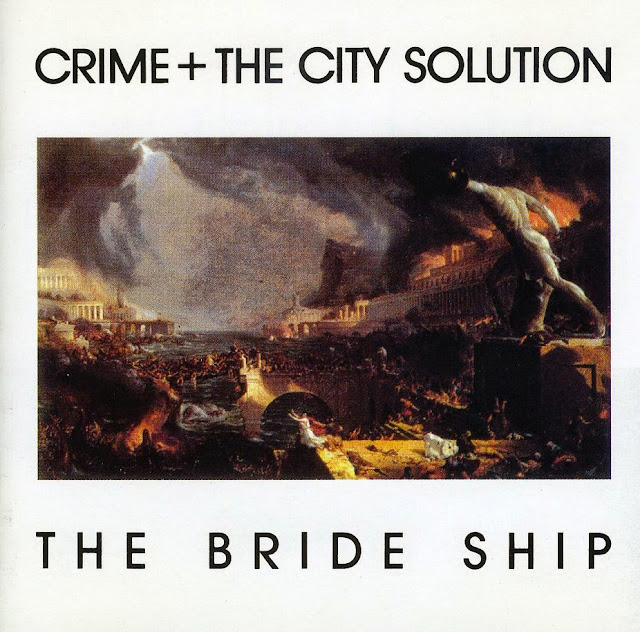 Crime & the City Solution has over the years gone through a number of incarnations, and IMO The Bride Ship represents the strongest of these incarnations -- it's half of a recently disbanded Birthday Party (Mick Harvey and Rowland S. Howard), Harry Howard, Epic Soundtracks (of Swell Maps), and Simon Bonney, the band's founding member, vocalist, and principle songwriter. Thus, as one would expect, The Bride Ship is the project's most confident, dramatic, and ultimately compelling work.

Perhaps to the album's detriment, the clear highlight is the first track; bolstered by sweeping strings and a passionate lyrical declaration of personal liberation, "The Shadow of No Man" is one of the all-time great album openers, and sets a bar that the rest of the record can't quite reach. However, it's a great record, and any fan of Nick Cave, These Immortal Souls, and any of the aforementioned bands should definitely give it a good listen.