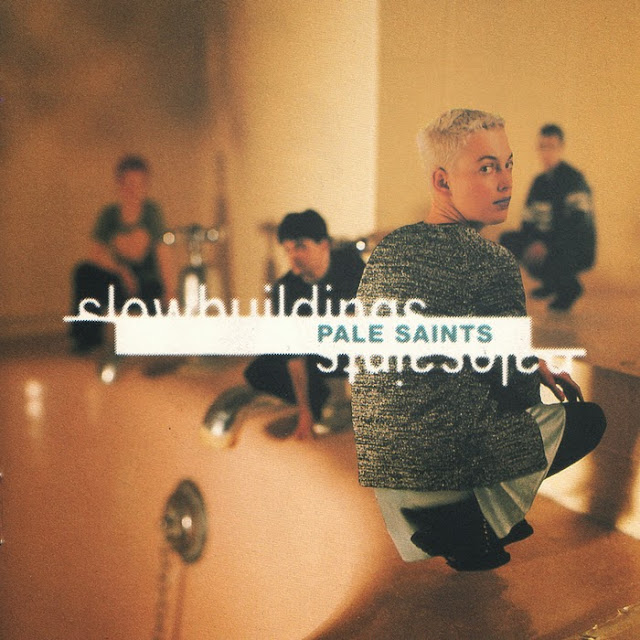 Following the dark, experimental In Ribbons, Pale Saints returned to comparatively sunny sounds for Slow Buildings, their final studio album. There's still plenty of darkness to go around -- most notably, there's ten-minute slow-burner "Henry", which rides a moody, churning bassline with organ accompaniment to a dramatic, funereal conclusion -- but a good chunk of the album is spent returning to and refining the bright, upbeat sounds of their early singles. Also, ex-Lush vocalist Meriel Barham, who did secondary vocals on Ribbons, steps in as lead vocalist, and she's great.

Yes, that's an awful album cover. It took me years to move past it and give the album a shot, and I'm glad I did.

The seeds left in her head
Posted by DEAR_SPIRIT at 9:17 AM