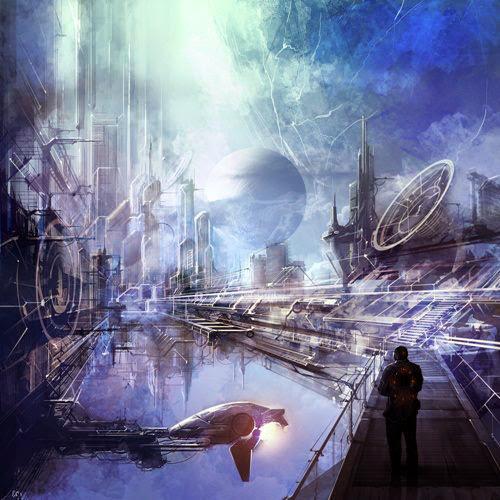 Progenie Terrestre Pura are an Italian duo (one of whom plays bass for Urna, one of my favorite current doom metal bands) whose sound fuzes atmospheric black metal with twinkling, quasi-futuristic, sci-fi-esque synthesizers. Their first proper album, U.M.A. is all peaks and valleys: long, slow builds that eventually explode into flurries of blastbeats and tremolo picking. They're not the first black metal band to explore outer space -- Trist and Darkspace leap to mind -- but PTP's sound is brighter, less cacophonous, and more overtly psychedelic, thus making them likely to appeal to the bearded fans of so-called "post-metal" and "post-black metal", as well as fans of the aforementioned space explorers.

Head over to PTP's bandcamp, where you can pick up this album and a name-your-price two-song promo.