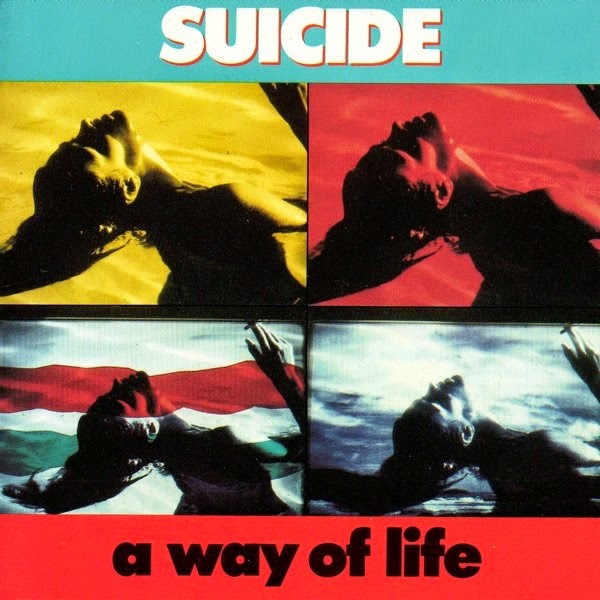 Look, I know, their first album is phenomenal, and absolutely deserves to be heralded as a classic, but why do so many people act like it's the only fucking Suicide album? Their other records are so good! A similar thing has happened to lots of bands -- first album is a groundbreaking classic, and no one fully gets down with anything they do afterwards -- but not to the degree of Suicide. Like, Psychocandy is the only JAMC record that gets accolades, but at least people acknowledge their other albums. (For the record, I love Darklands, Automatic, and Honey's Dead.)

Anyway, here's A Way of Life, which has sparse, electro-punk that's much in the same vein as their first record ("Wild in Blue", "Sufferin' in Vain"), an uneasy, girl group-style love song worthy of a David Lynch film ("Surrender"), a synth-driven re-imagining of Elvis-esque rock 'n roll ("Jukebox Baby 96") and an anthemic piece of driving almost electro-industrial ("Rain of Ruin"). And that's just the first half. Get your shit together, fans of awesome music.

My heart is a prison
Posted by DEAR_SPIRIT at 11:48 AM