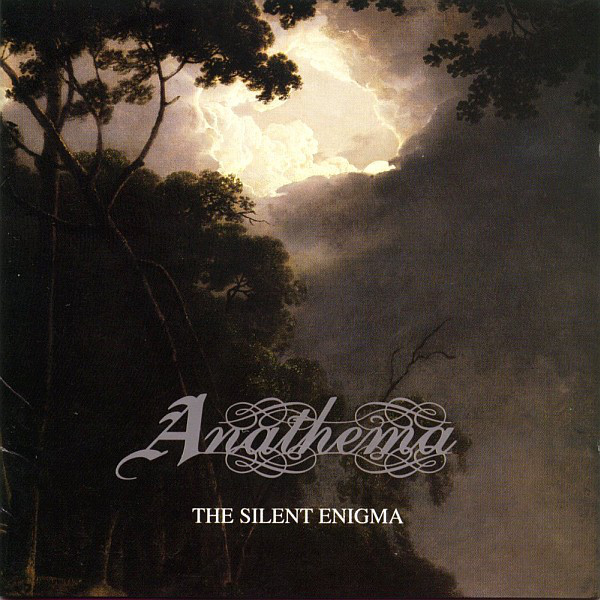 Welp, it's my 200th doom metal-related post. To mark the occasion, I thought I'd post an album that I've been known to refer to as the best doom metal record of all time, with the three caveats: 1) There are plenty of other contenders, 2) It took years to grow on me, and 3) Pretty much no one agrees with me. As far as I'm concerned, though, with this record, Anathema attained a level of atmosphere and epic, monumental sorrow that few bands before or since have matched. At the very least, it's their best record -- unless you prefer their later stuff, in which case, we're just not gonna see eye-to-eye on a whole lot.

The Silent Enigma was Anathema's final full-on doom record before they went prog, and their first with founding guitarist Vincent Cavanagh as lead vocalist. For his part, Cavanagh fully commits to the wrenching, if melodramatic heartache, as he shouts, moans, whispers, and growls in equal measure. (Pretty sure it's his unorthodox approach that turns some people off.) Meanwhile, the guitar interplay is second to none. It often feels as though there's a massive cloud of clean and distorted guitars hanging over everything, but a close listen will reveal a level of thoughtfulness in composition rarely heard, in metal or elsewhere.