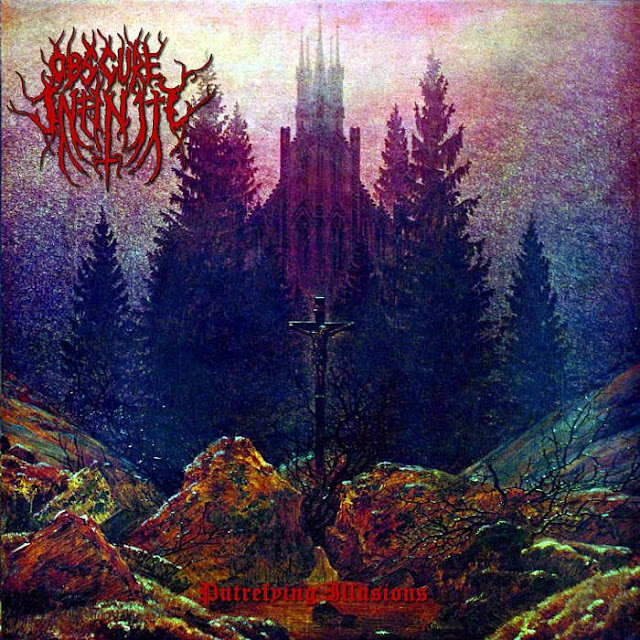 German death metal. What I love about this record -- aside from the fact that it's totally great, old-school-inspired DM with an ample amount of sinister Swedish groove and a touch of lysergic American grossness -- is that it took me over three years to notice the keyboards. I got Putrefying Illusions in 2013, and didn't hear them 'til I listened on headphones last week. They only pop up here and there, and they're really fucking quiet, but I swear, they're there. And because I am a nerd, I love shit like that.

Levitation beyond the known
Evisceration of mortal life