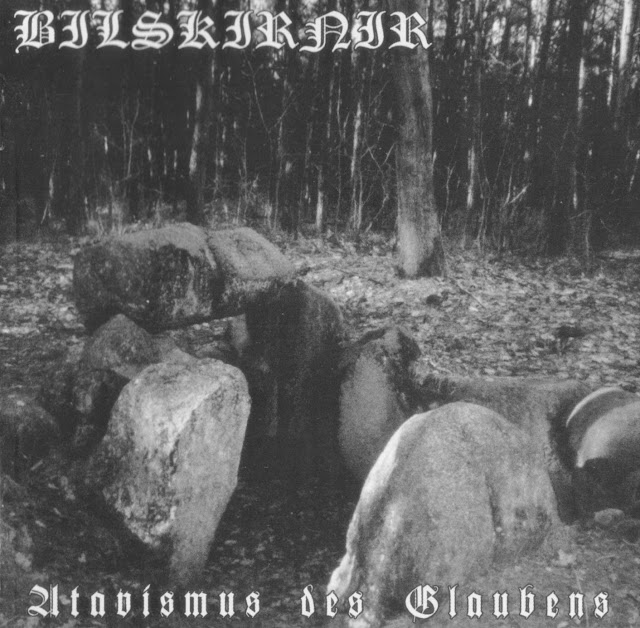 EDIT: My suspicions were confirmed by an alert commenter, who described this guy as a "total nazi bastard scumbag." There you have it. I haven't found anything fucked up about this particular album (or the other few of Bilskirnir's that I have heard) but I have no doubt that, at the very least, the man behind the project is as described. So, listen at your own risk, and be good to one another.

In the cosmic deeps I see the shape of a human